Photography and video by ©2019 Toni Avery 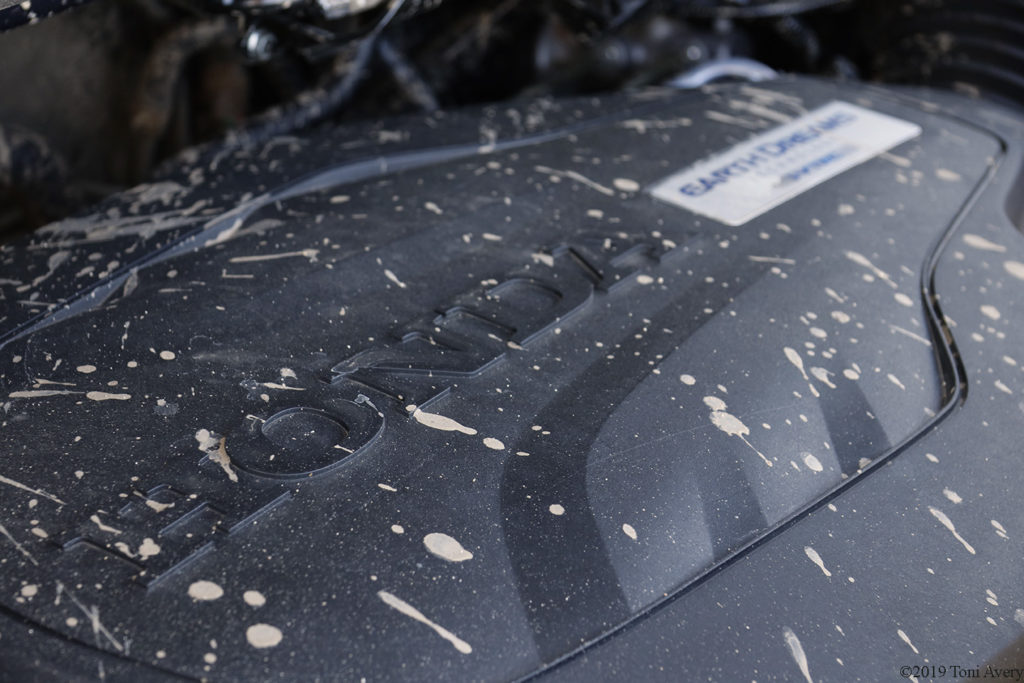 This Ridgeline is equipped with a 3.5 L VTEC V6 engine producing 280 HP and 262 lb-ft of torque mated to a 6-speed automatic transmission driving all four wheels.

On the street, the Ridgeline performed as expected for a truck but was noticeably slower getting up to speed than the Passport. This is due to the significant weight difference with the Passport coming in at 4237 lb. while the Ridgeline weighs in at 4515 lb. Other than being less peppy than the Passport, it did everything well. Using the adaptive cruise control was convenient during heavy freeway traffic, while the system did shut off at 22 MPH, just like the Passport.

Just thirty minutes from where I live is a popular road where, on a Saturday morning you’ll encounter at least eight to ten other off-road drivers having some fun in their vehicles. We had another friend meet us with his off-road vehicle just in case we got stuck in the mud. But, I was happy to see and experience the Ridgeline taking every obstacle in its path like it was nothing. Small rocks, dirt, uneven road, mud and sand, nothing was too much for the Ridgeline to handle. We even pulled off the main path to go play in a large mud puddle and the truck went through no problem.

We definitely didn’t need our friend’s vehicle to pull us out of anything, which is a serious plus for the Ridgeline. Staying in mud mode most of the time, the Intelligent Variable Torque Management (i-VTM4) AWD system worked flawlessly (watch the video below for more). 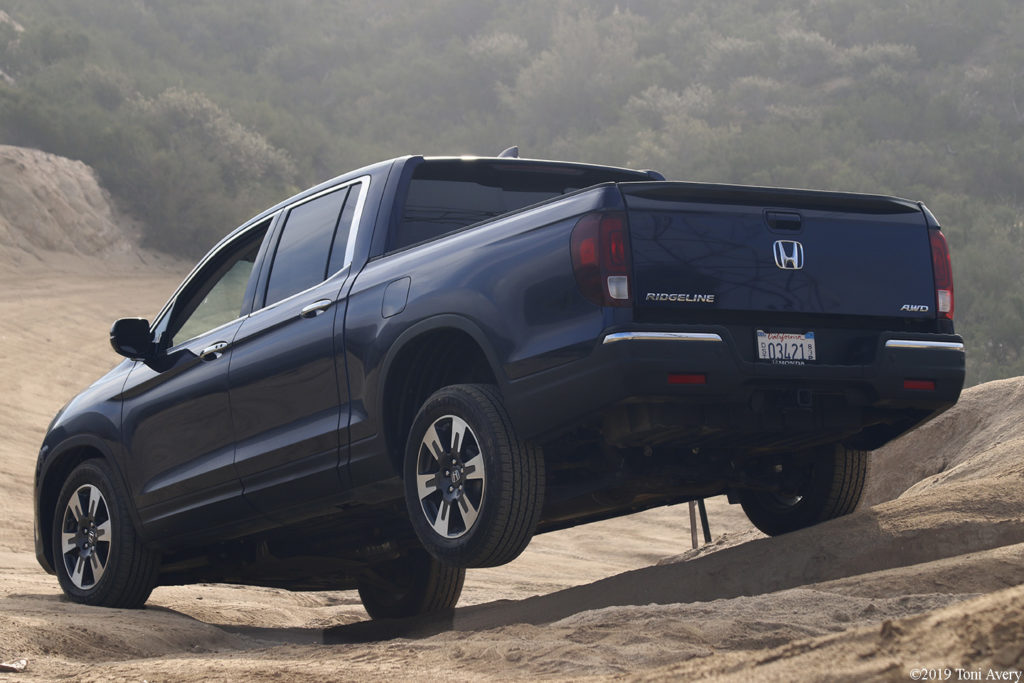 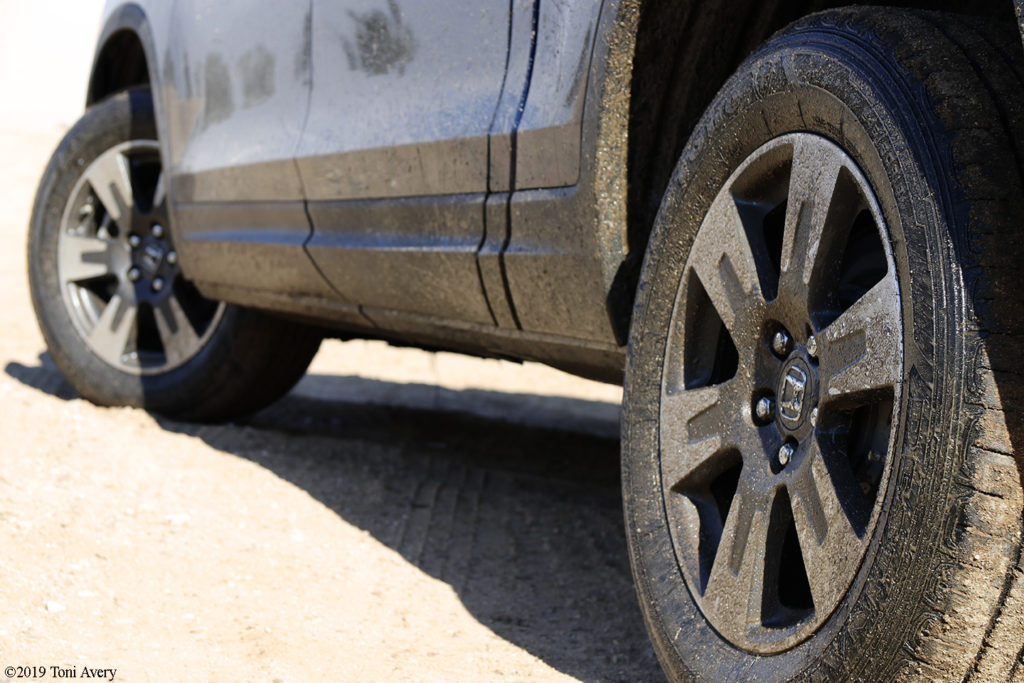 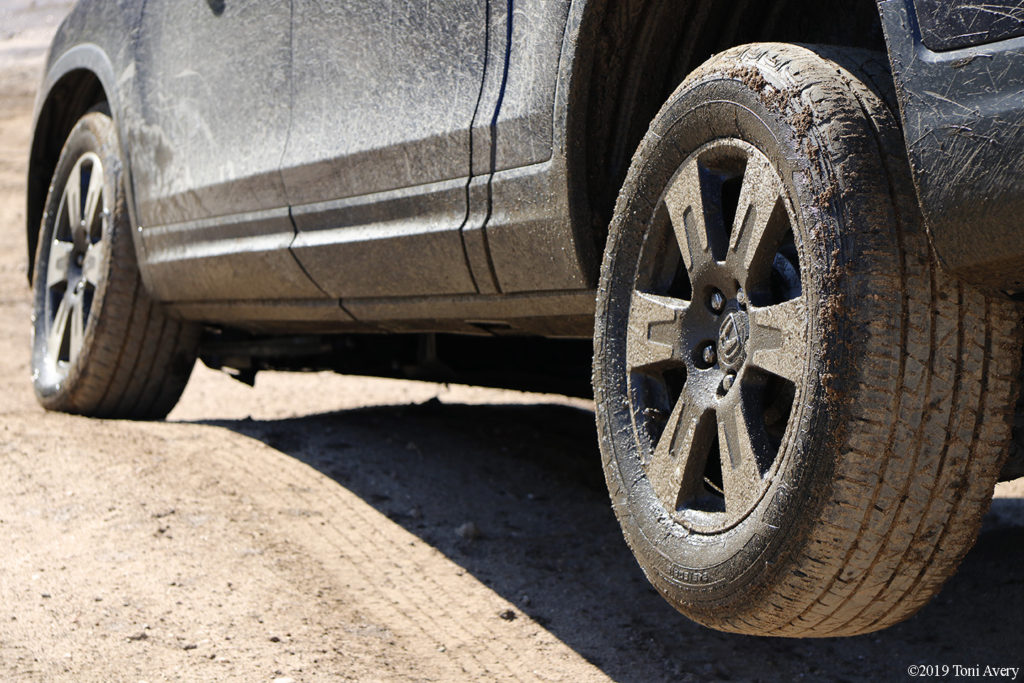 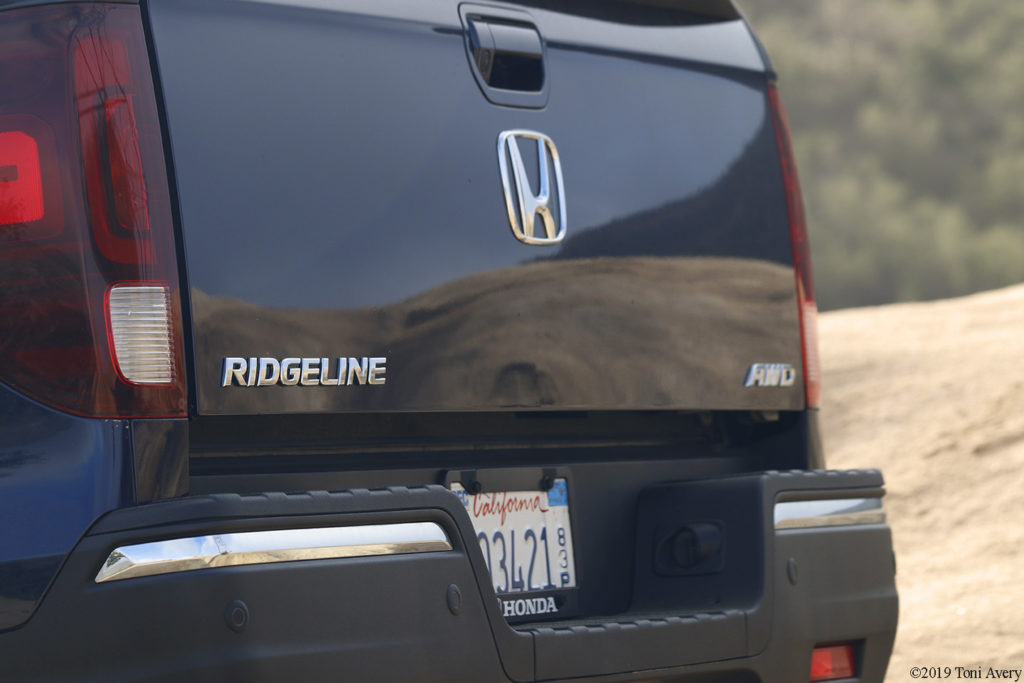 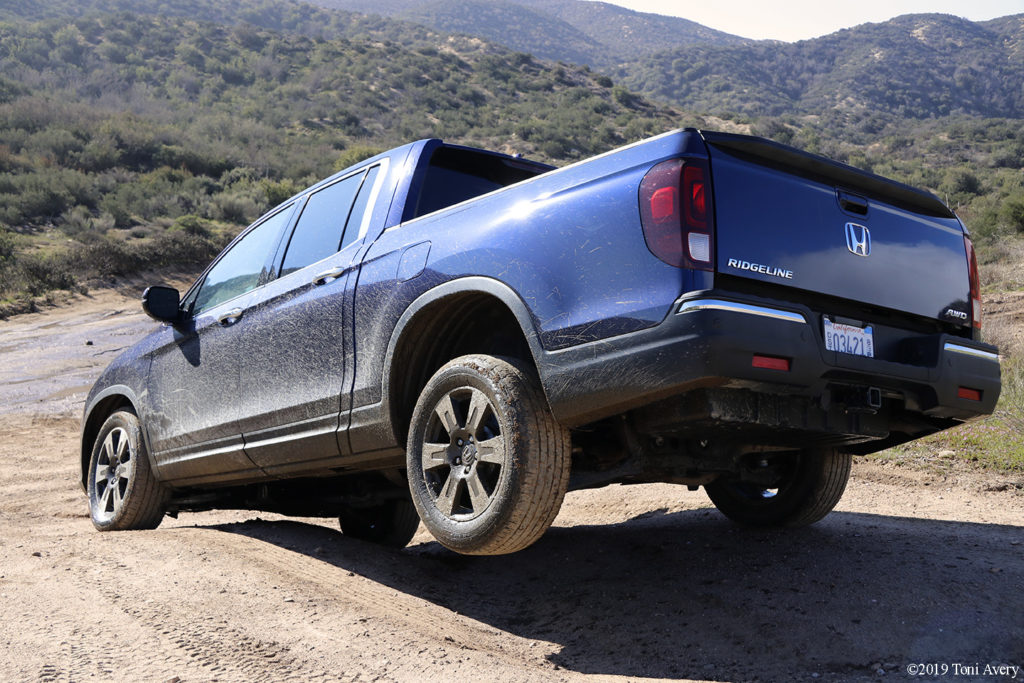 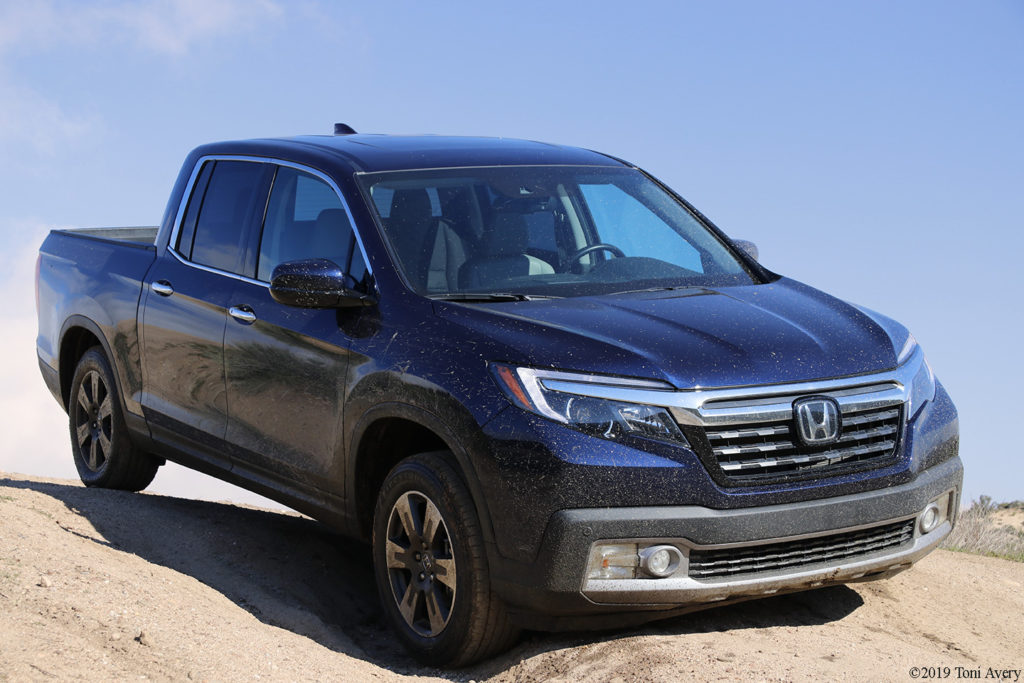 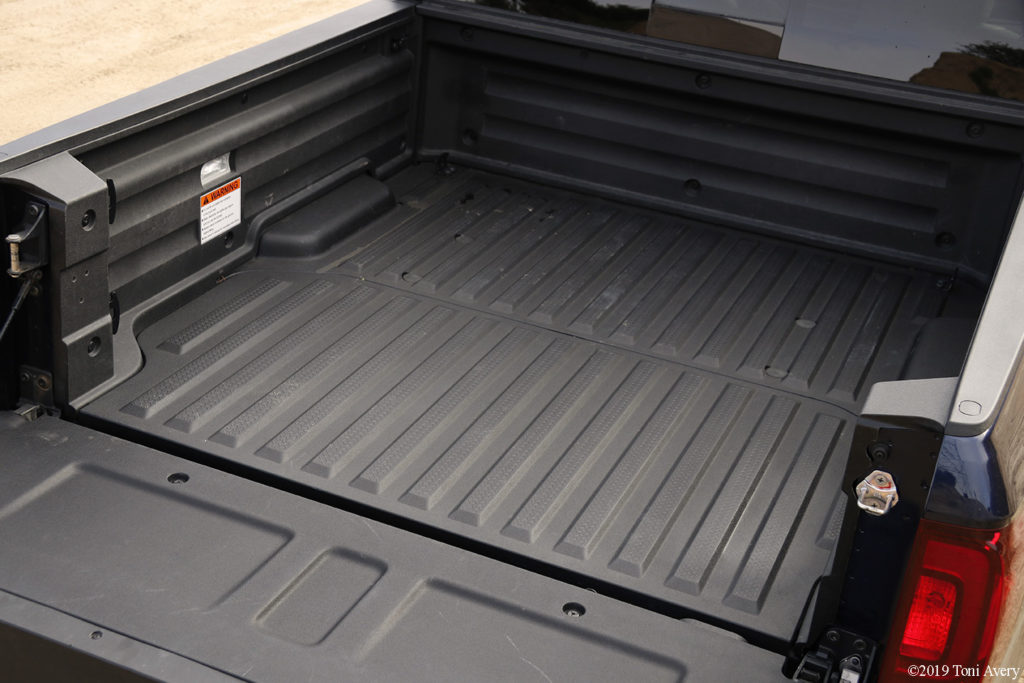 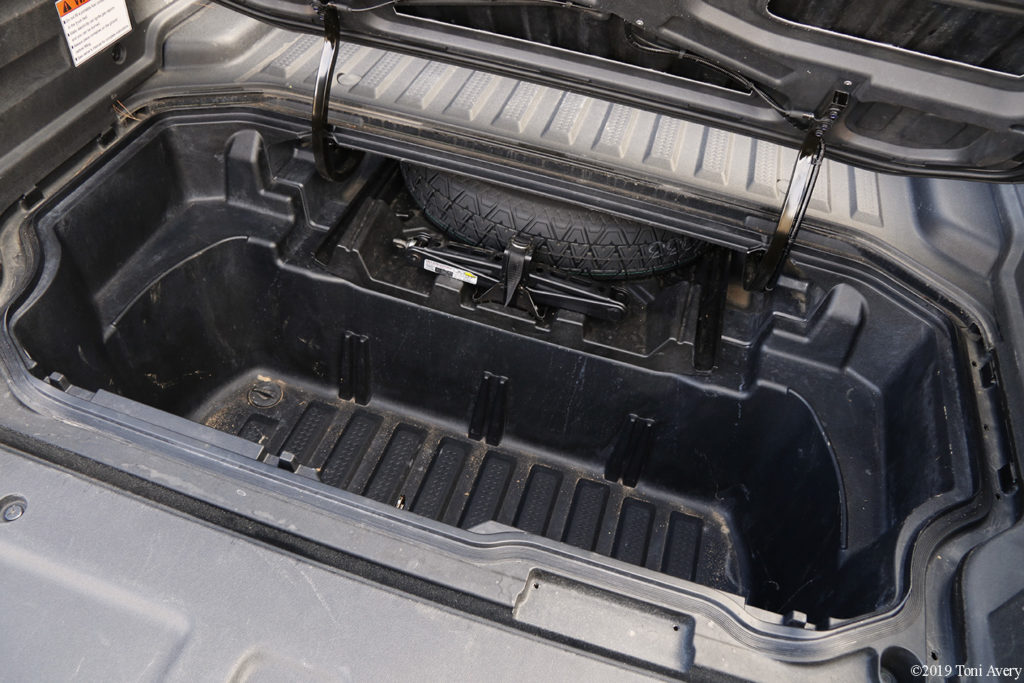 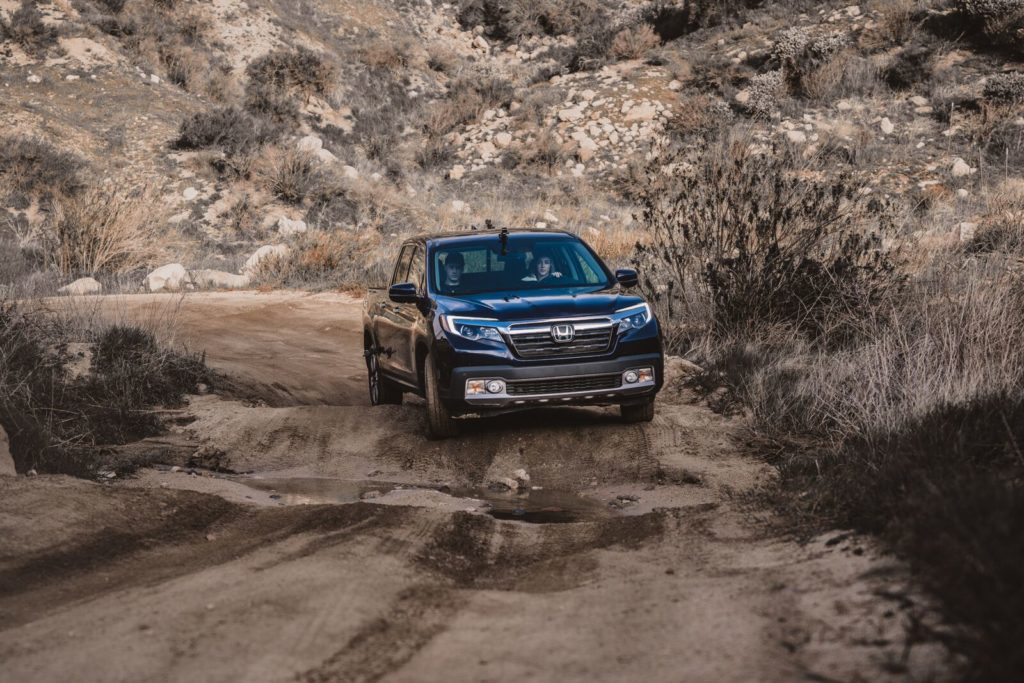 The outside of the Ridgeline is finished in Obsidian Blue Pearl with 18” alloy wheels wrapped in 245/60 R18 all-season tires. It’s a really nice looking truck with a ton of functionality. The rear gate opens two ways. The traditional fold down to flat as well as a swing out opening to the left creating even easier access to the bed. The bed also features a very cool storage compartment inside that doesn’t take up any extra room but creates a great place for your valuables or even drinks and ice at your tailgate party. 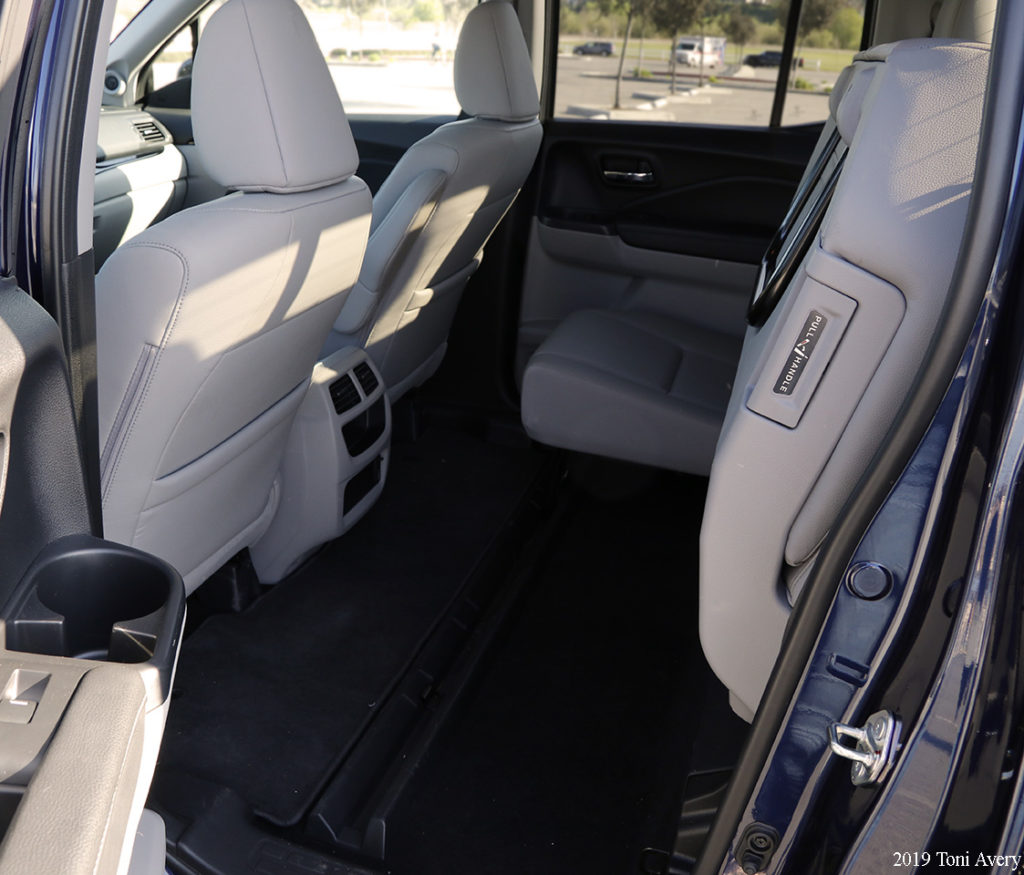 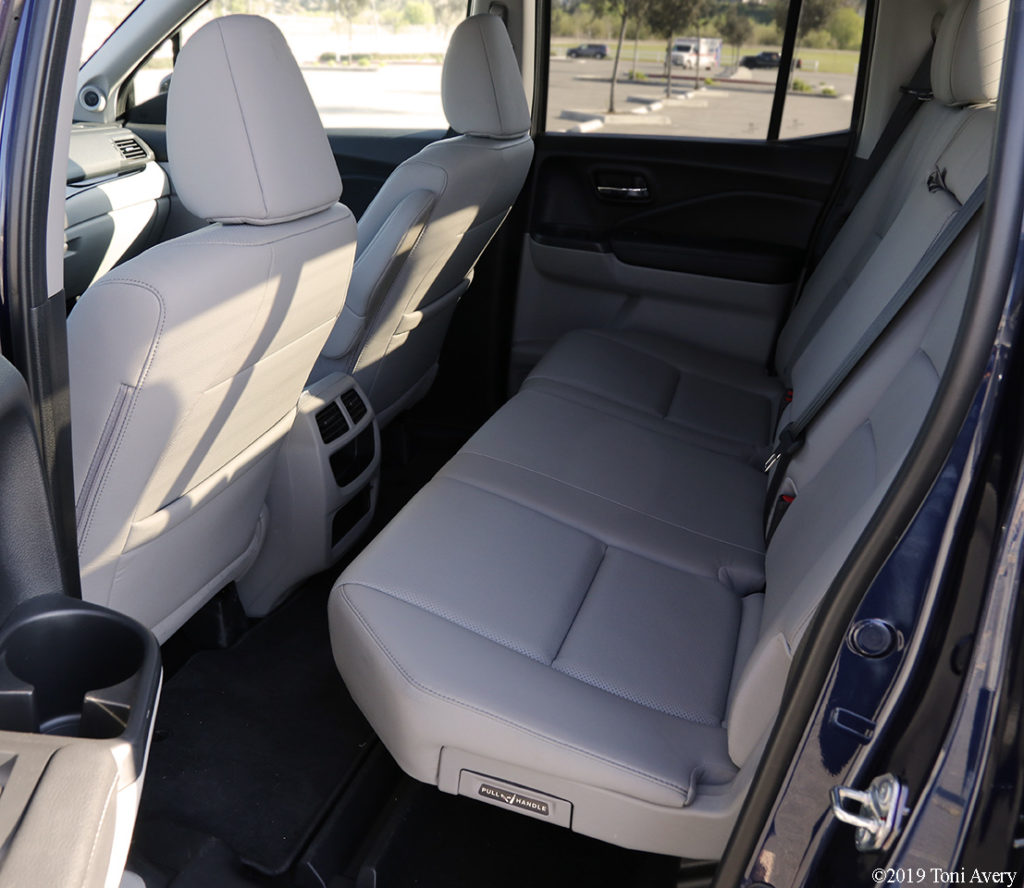 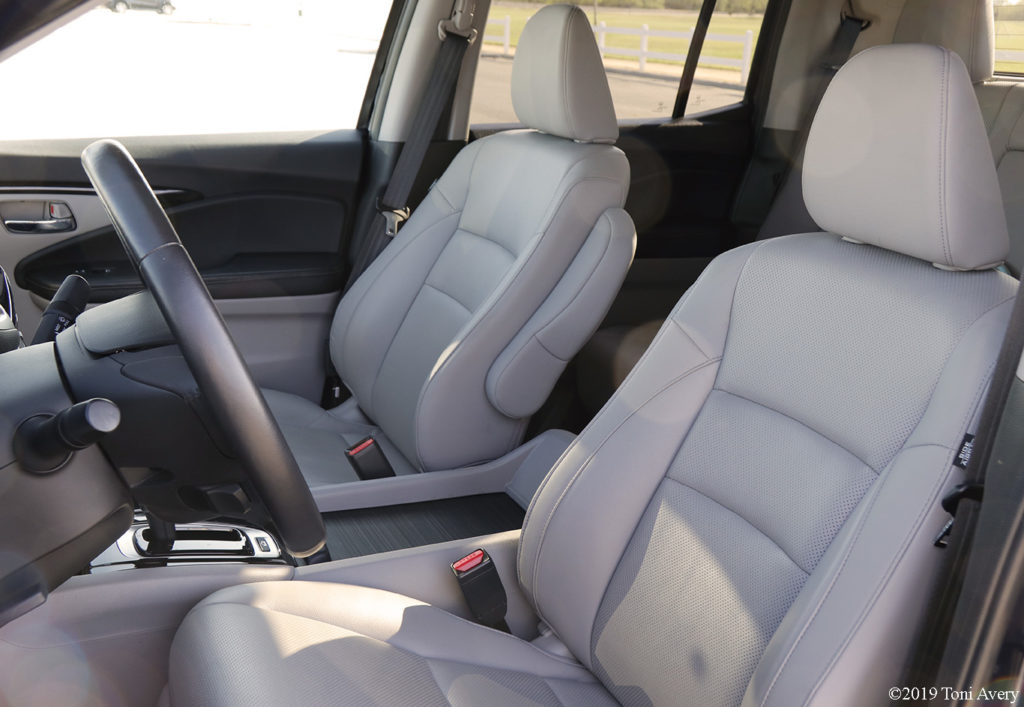 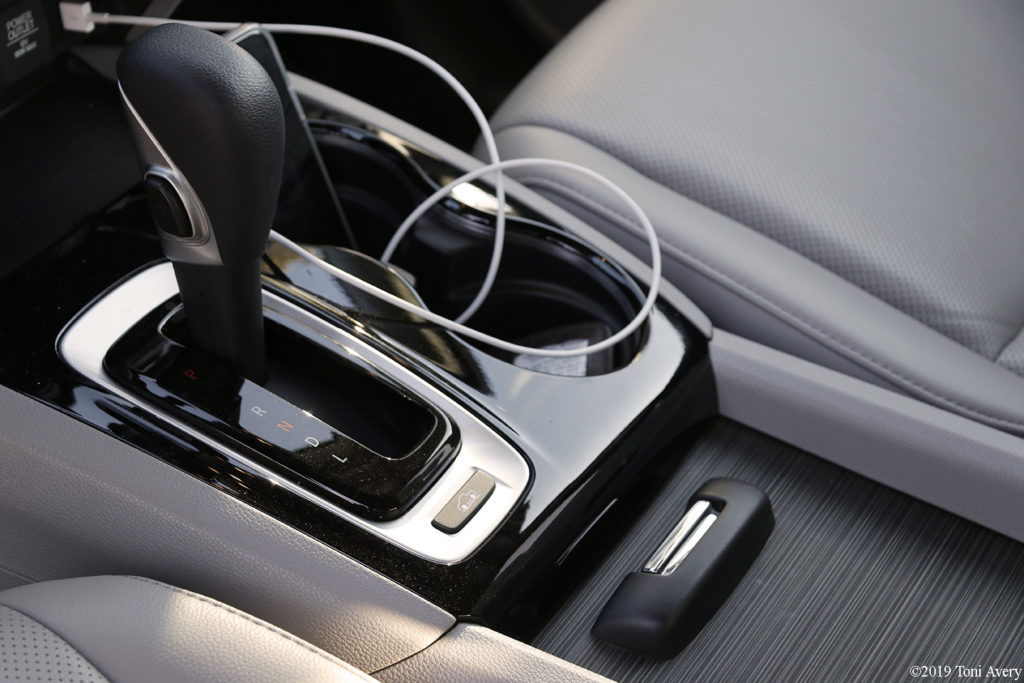 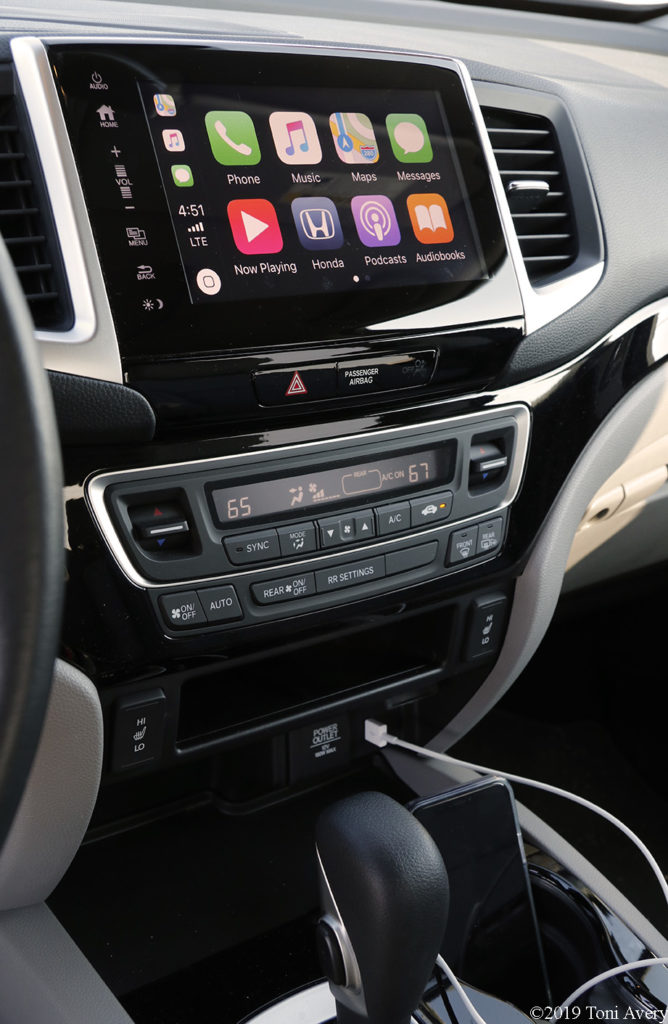 The inside also features some nice storage solutions. Just like the Passport, the center console has a deep storage compartment. Each door has several storage areas for drinks or other small items. The rear seats fold up as well to offer even more cargo room. The rear window has a power slide feature for added convenience.

The Honda Ridgeline was a great little truck to have for the week. I’d consider getting one if I were in the market for a vehicle with all its capabilities at a reasonable price.

GirlsDriveFastToo gives the 2019 Honda Ridgeline AWD RTL-E an overall rating of (out of 5 total): 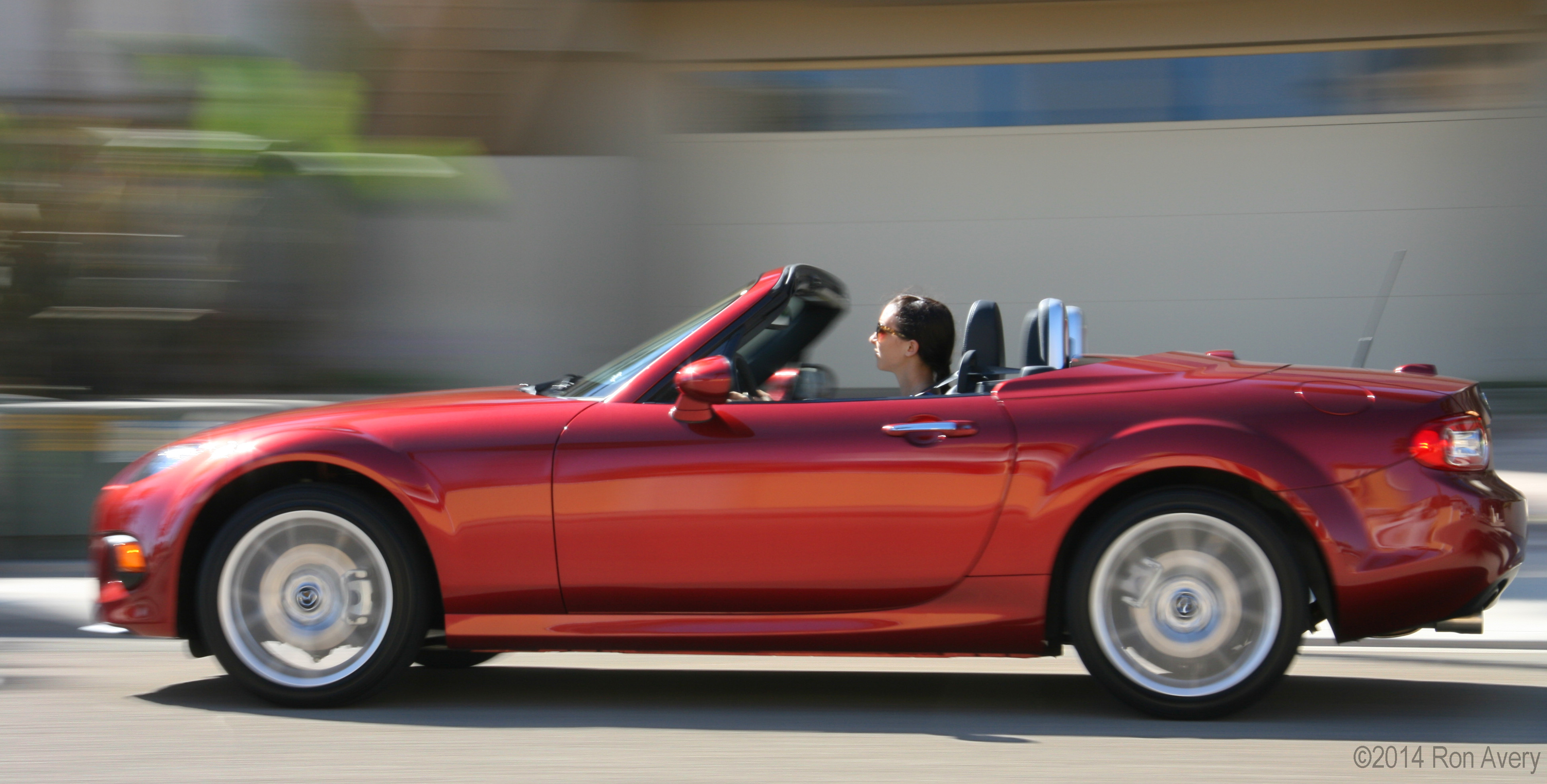 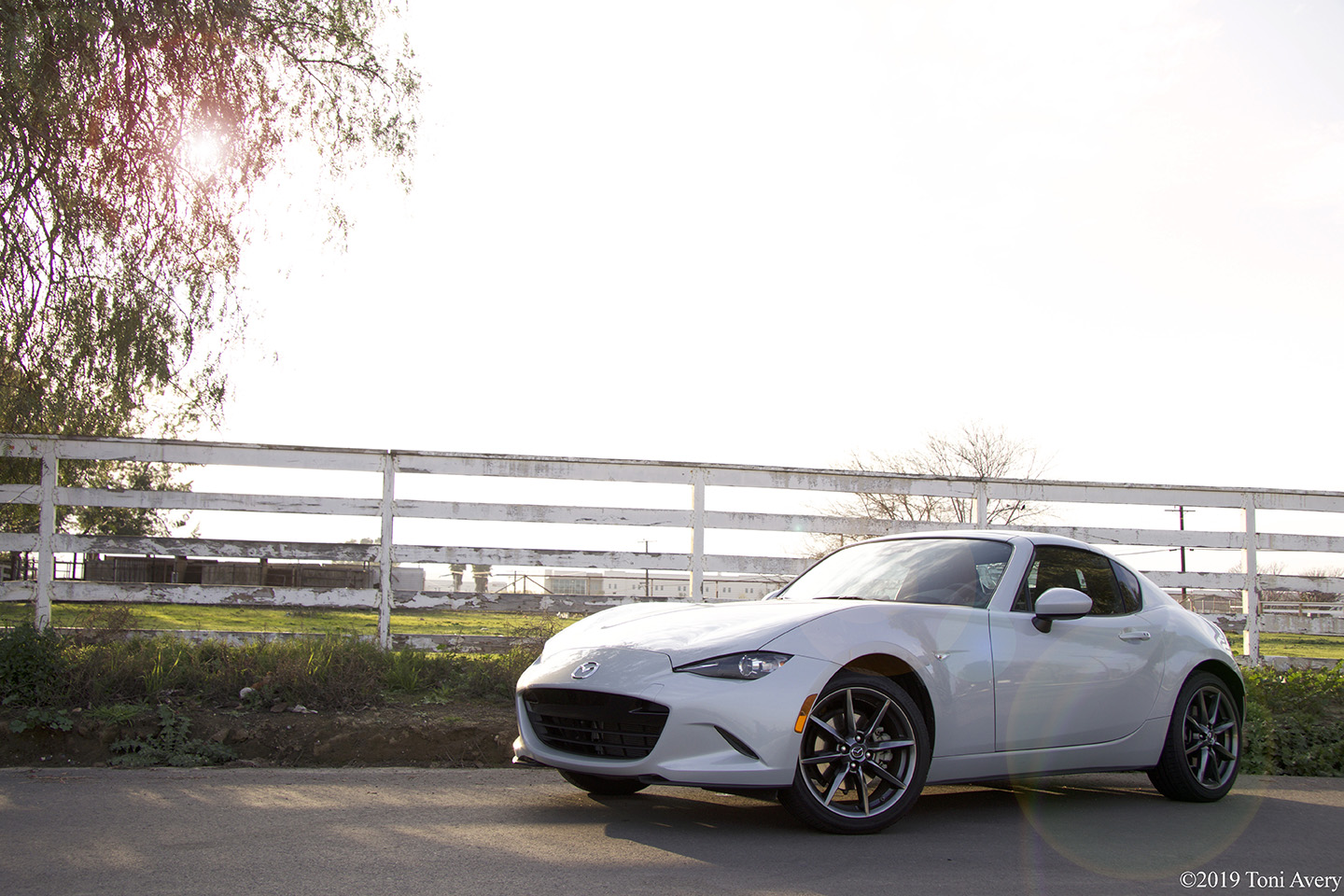