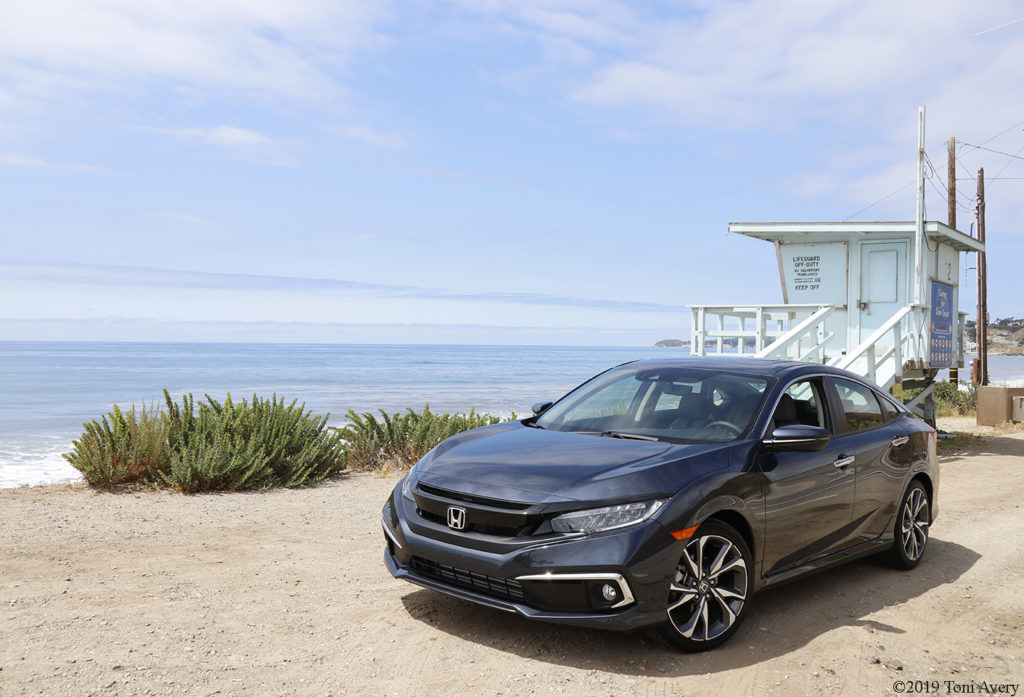 Following my review of the Honda Ridgeline, I received an invitation to a Civic drive in Malibu, California. From where I live now, Malibu is about 2.5 hours away in L.A. traffic. So I braced myself for a long drive knowing the destination would be worth it.

Overlooking the California coast is Pepperdine College, which is where the event was held. While I had no idea there was a hotel at the very top of campus, our lovely breakfast and talk was held there. 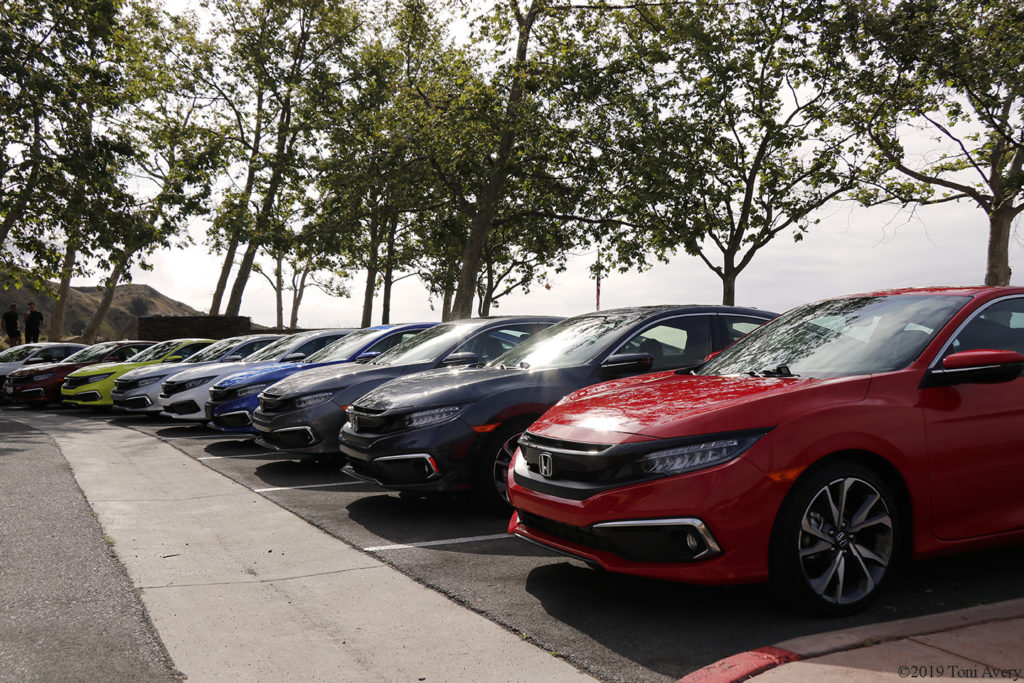 After a short speech was given on the Civic and its importance in Honda sales, we were set free to drive any of the Civics parked outside. Since I had previously reviewed the Civic Si two-door manual, I decided to take a sedan out with an automatic transmission.

The route took about 20 minutes to complete one way and I deviated from the return route a little to get a shot of the car by the water on the way back. The Civic was comfortable and easy to drive. I drove in full automatic and in manual mode. The driving experience was obviously more engaging in manual mode. I drove it more aggressively around a few of the canyon turns seeing how it would do, and there was no upset that I felt.

The ride inside the cabin was quiet and the stereo system sounded nice. It was overall comfortable and enjoyable to drive around the scenic route.

I enjoyed my time on the Honda Civic drive. I hope to review the Civic Type R next! 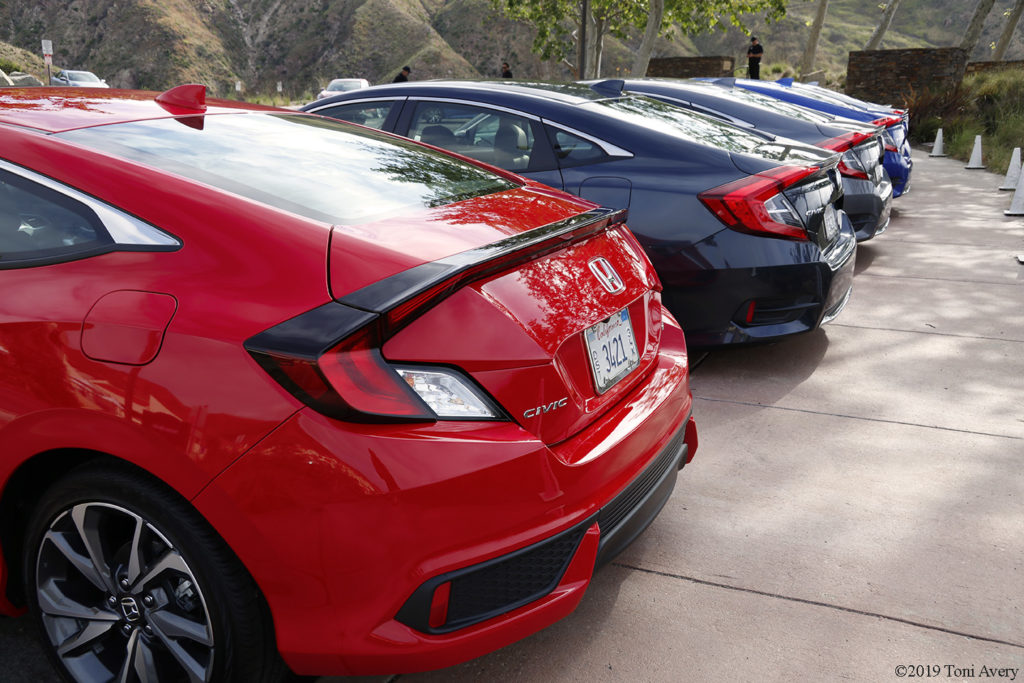 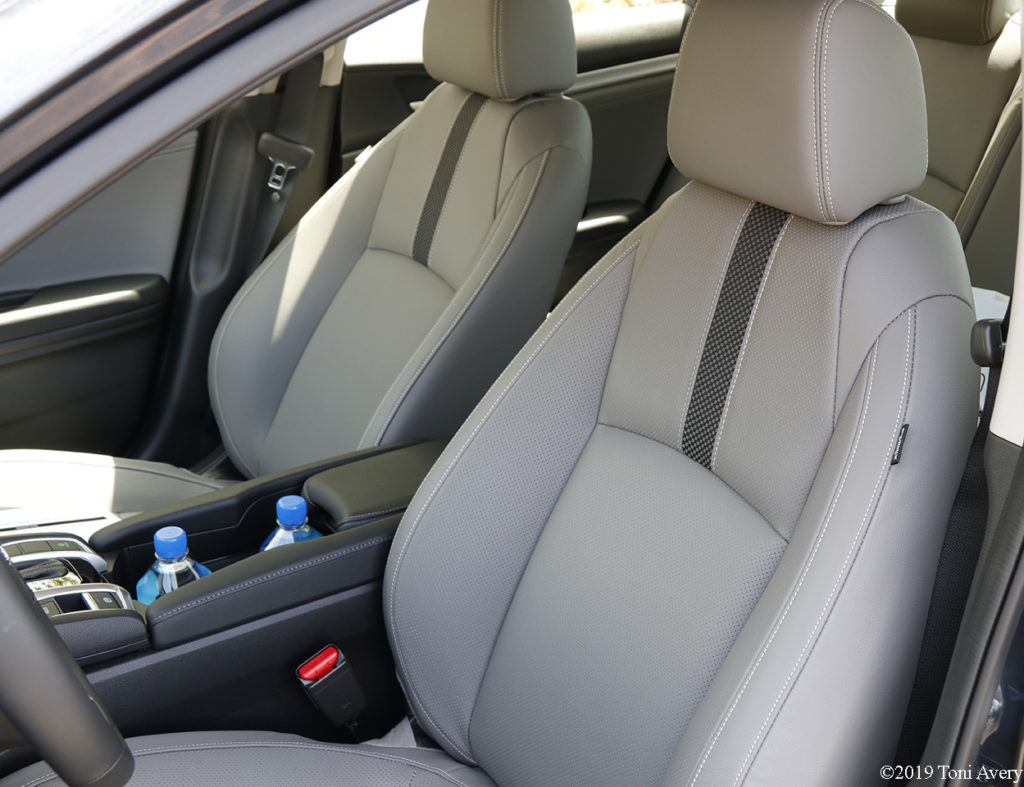 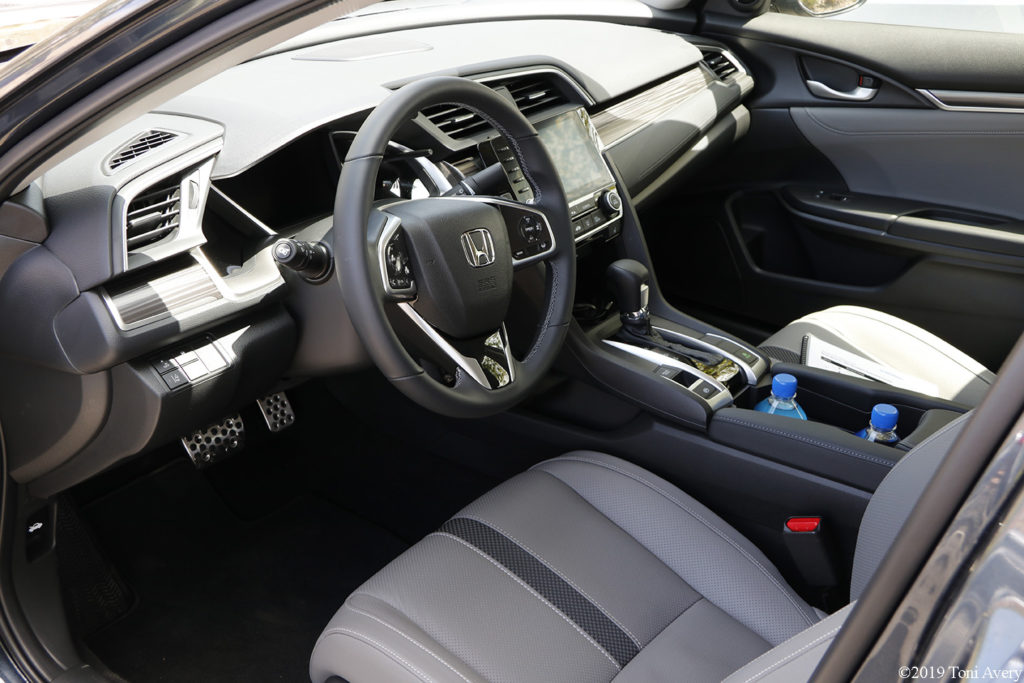