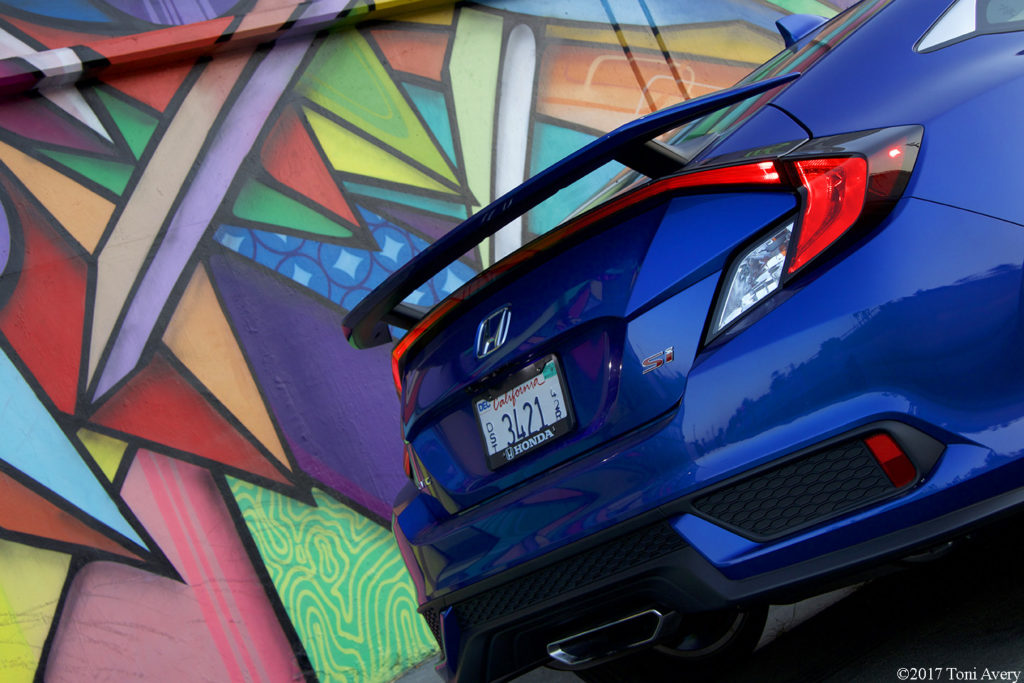 Over a year since my last review of a Honda, I wanted to get in on the Type R hype and see what it was all about. But in order to get in line, the Si was first. Having never driven a previous generation Civic before the 2017 model, I’d heard a lot of good about older gens and wanted to see if the new stuff is as good. 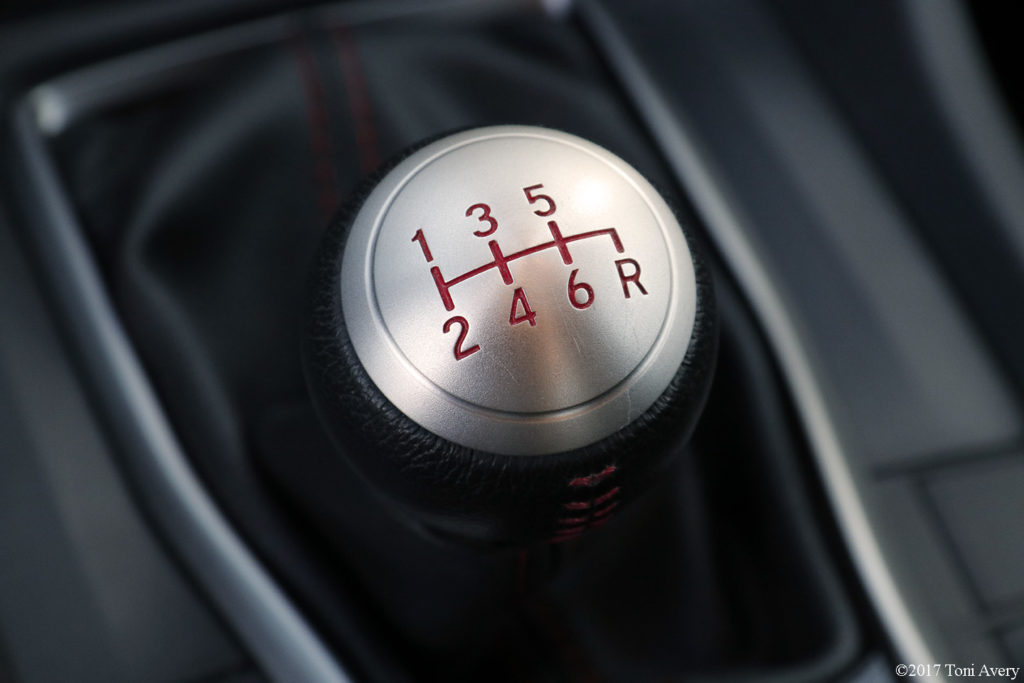 This Civic is powered by a 1.5 L turbocharged 4-cylinder engine producing 205 HP and 192 lb-ft of torque mated to a 6-speed manual transmission. Initially, I wasn’t blown away by the Si’s performance. No, it’s not meant to be fast, but having one small turbo, I figured I’d at least not feel the lag as much as I did. In normal mode, the lag is much more apparent than in Sport mode. Once in Sport mode, the car sort of livens up. I also like how the digital gauges light up red when in Sport mode.

The gearbox has fairly long throws but the shifts are smooth from gear to gear although the pedals weren’t spaced close enough for heal toe. As my time with the Si went on I warmed up to it and actually didn’t notice the turbo lag as much. Over other front wheel drive cars I’ve reviewed I didn’t notice any torque steer. The ride quality wasn’t too harsh making it a good potential daily driver. 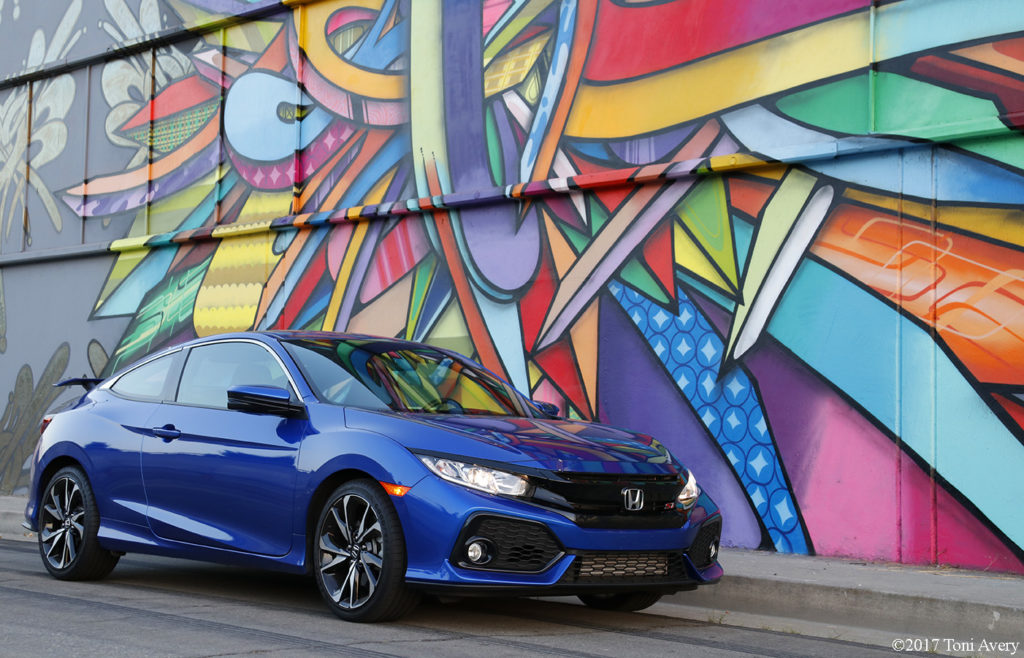 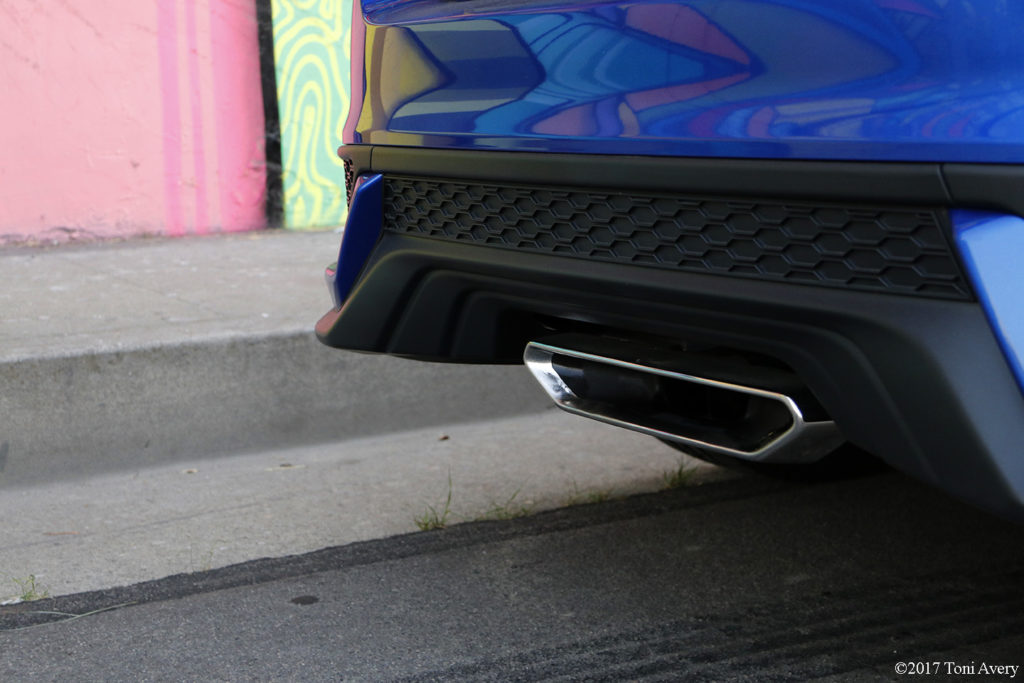 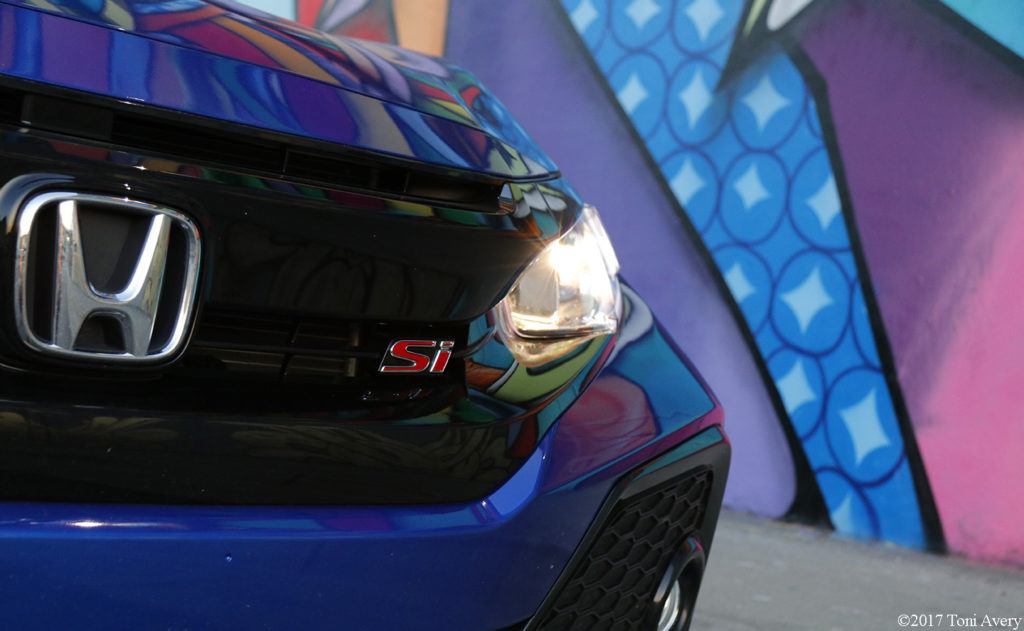 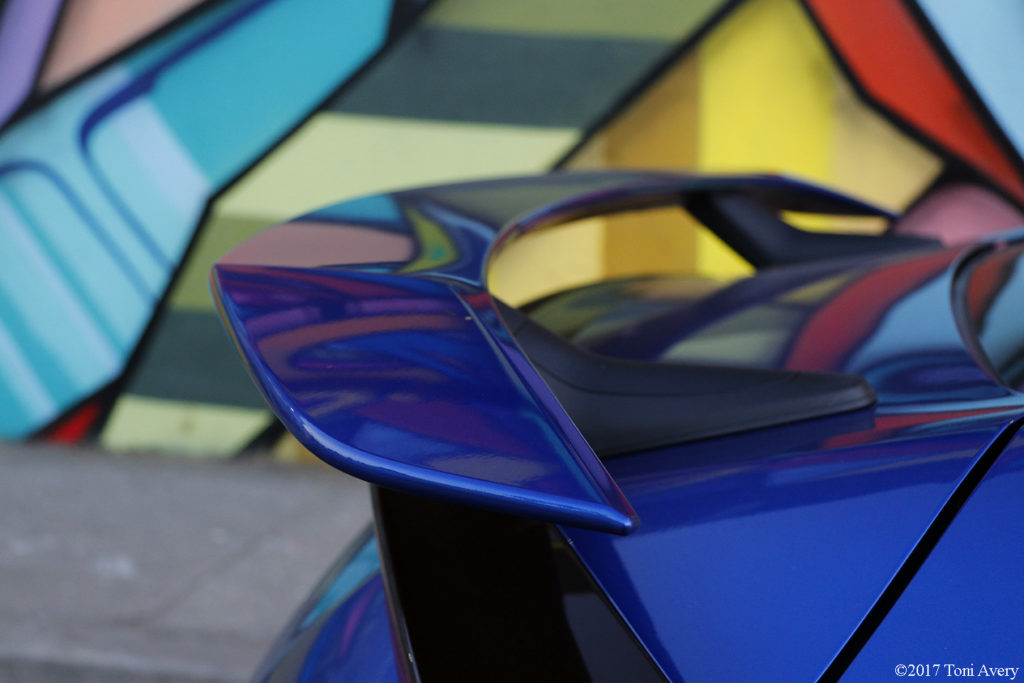 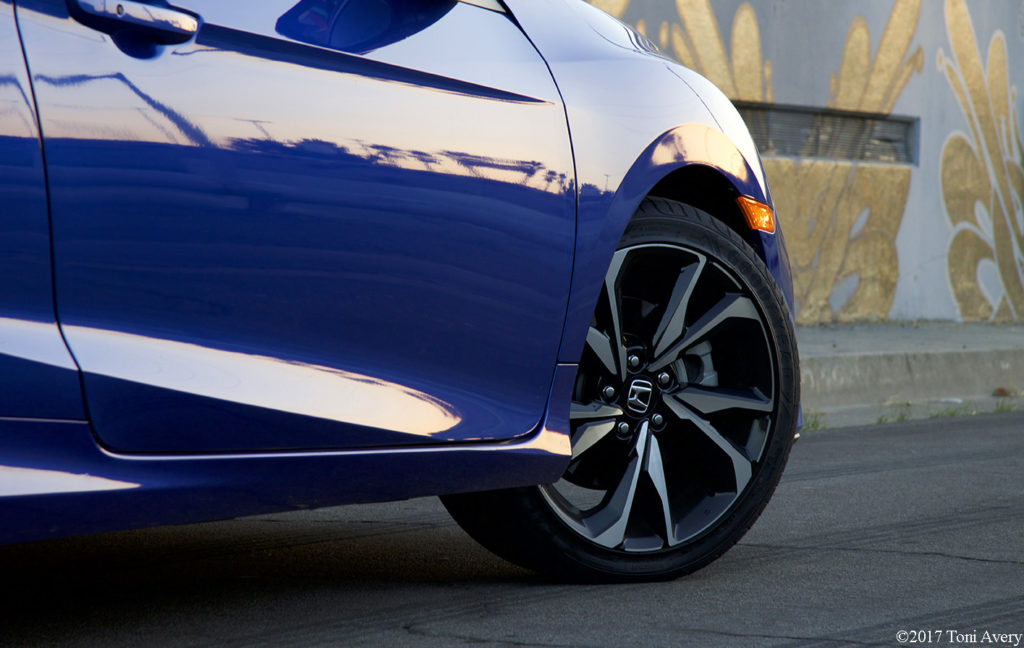 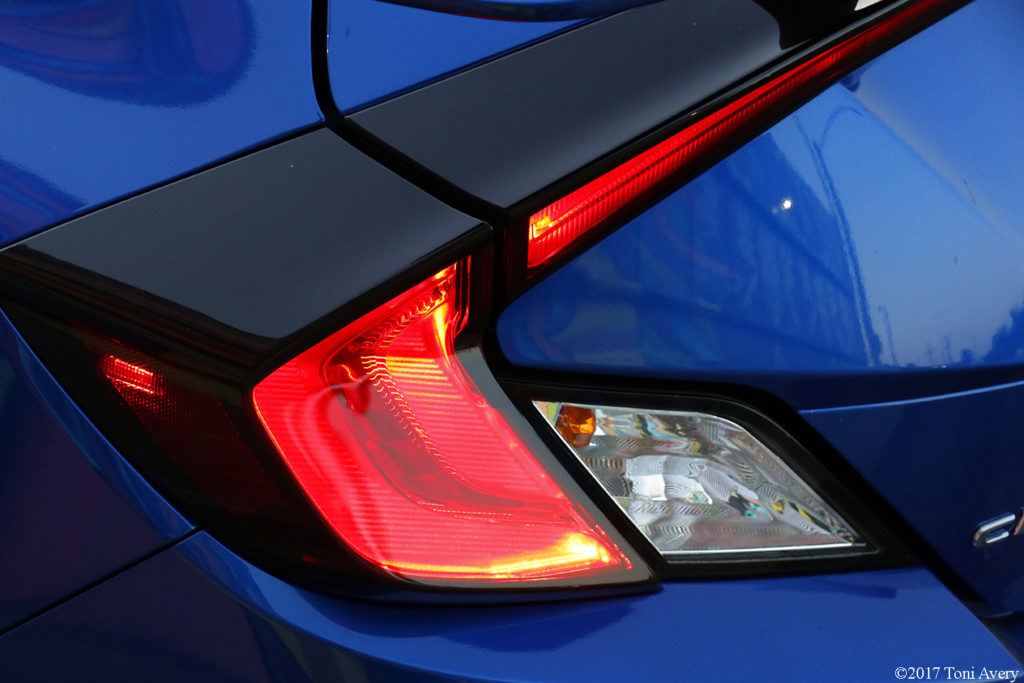 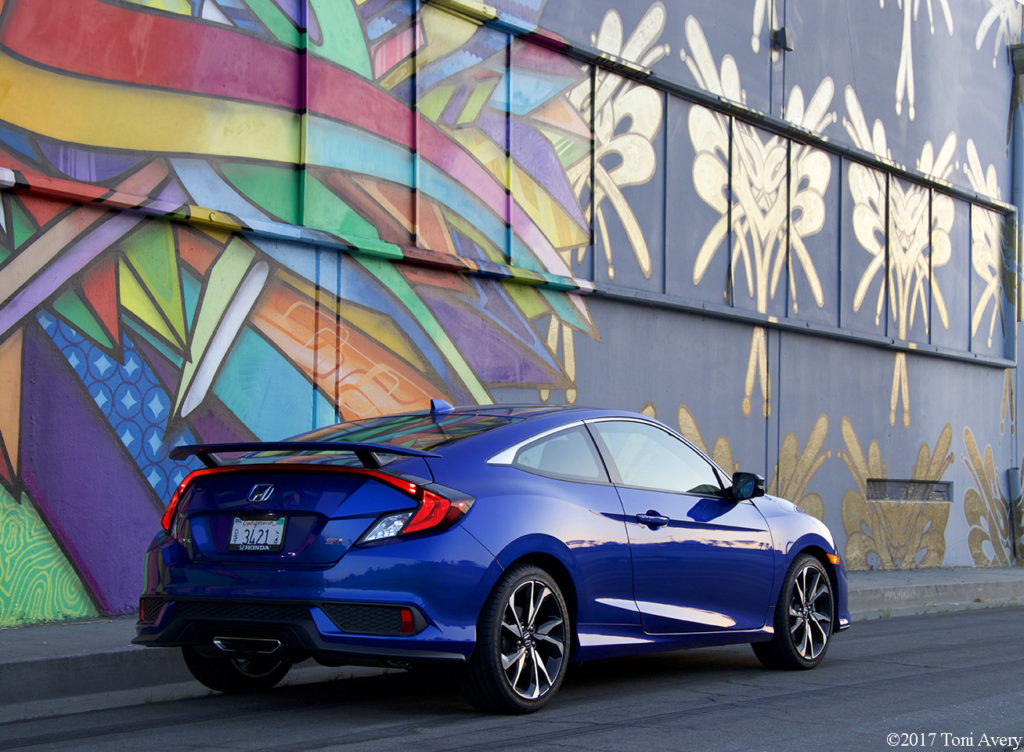 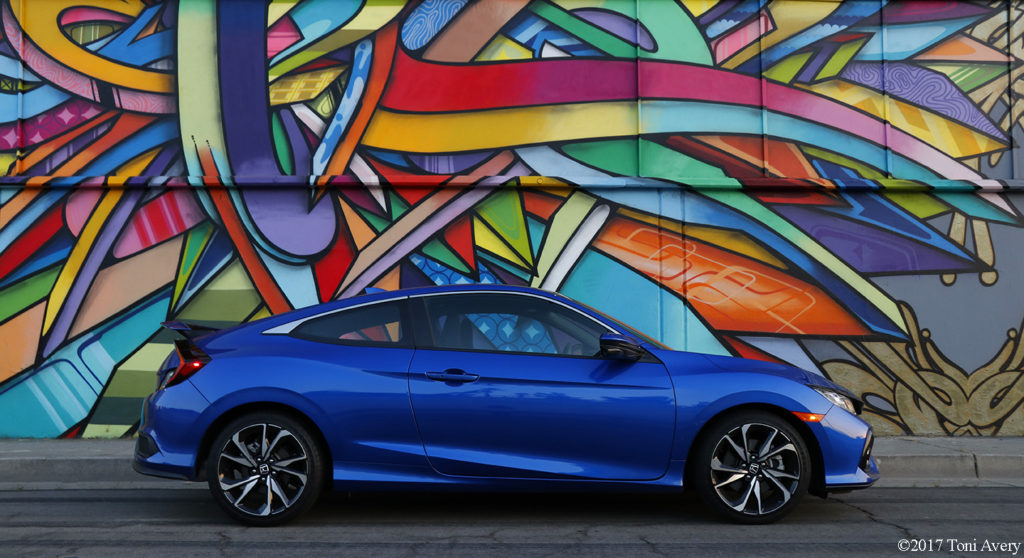 The exterior of the Si features 18” inch alloy wheels, a large rear wing, Si badging all finished in Aegean Blue.

Out of all the opinions I gathered about the exterior styling of the Si, I seemed to be one of the few that liked it. For the market it’s geared towards, the styling works. I like the rear wing, while the front end is a little less aggressive. If I were to pick apart a particular angle, it would be the profile. The car just looks bigger than it actually is when looking straight on at the side. 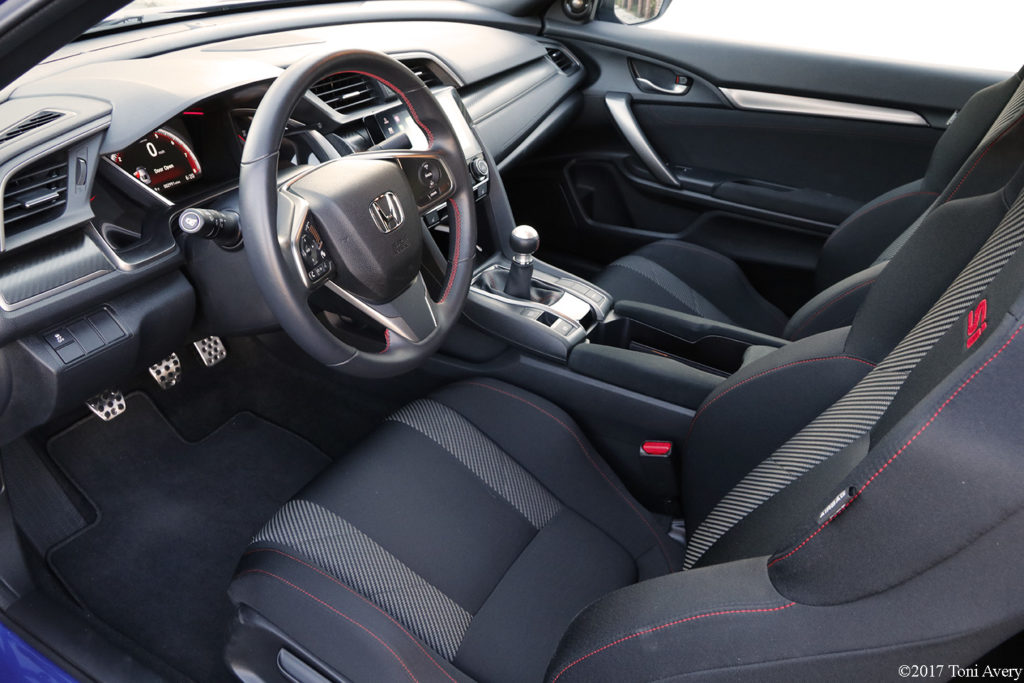 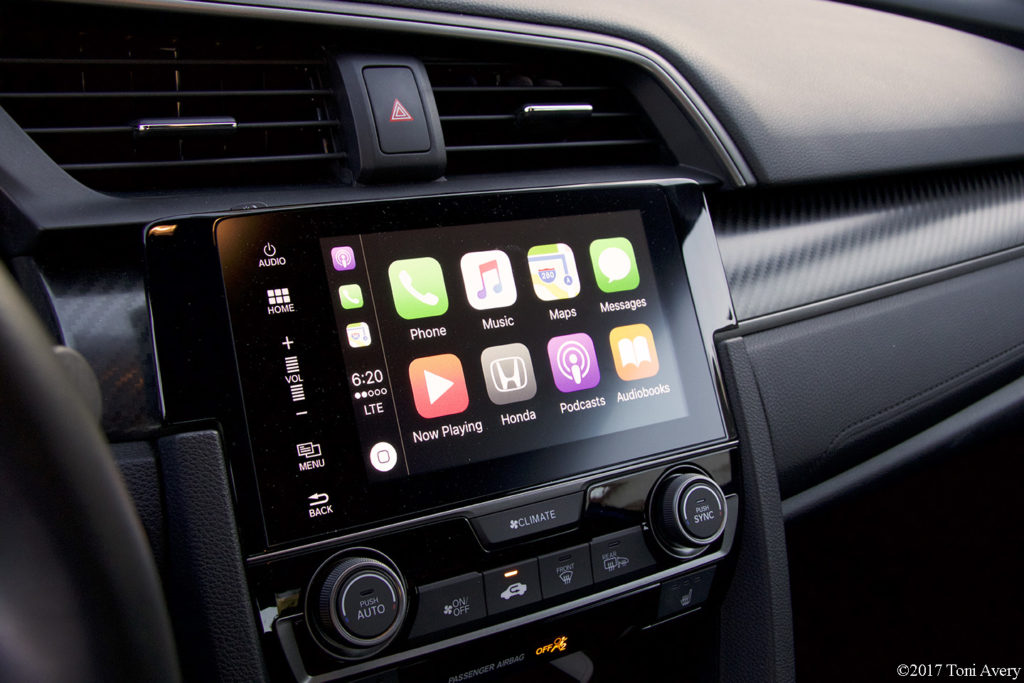 Inside the Si is an all-black interior with red stitching, a digital gauge cluster, and Apple Car Play connectivity.

I’ve always said how the interior of the Ford Fiesta/Focus ST have a lot of plastic and sort of bland interiors with the exception of the seats, but the Si makes me re-think all of that. The interior of the Si is its weakest point. It’s just dark and feels cheap. The more time you spend in it, the less you notice it, though. The Apply Car Play makes it feel a little nicer, and offers the ability to use navigation, which this car was lacking.

Now it may sound as though all I’m doing is complaining about the Si, but here’s the thing….it’s actually pretty fun to drive. For a commuter car that you want to shift yourself that also has a comfortable ride, the Si is a good choice. Exterior styling is on the aggressive side, which for the age group it’s aimed towards, I don’t think it’s too much. But, the interior is just lacking. The sound the car produces is also a letdown (aftermarket exhaust is needed for sure). While I think for the money, the Si is a good buy, would I purchase it over some of the other coupes/hatches out there in the same price bracket? Not over a Fiesta ST, but over a Veloster, yes.

GirlsDriveFastToo gives the 2017 Honda Civic Si Coupe an overall rating of (out of 5 total): 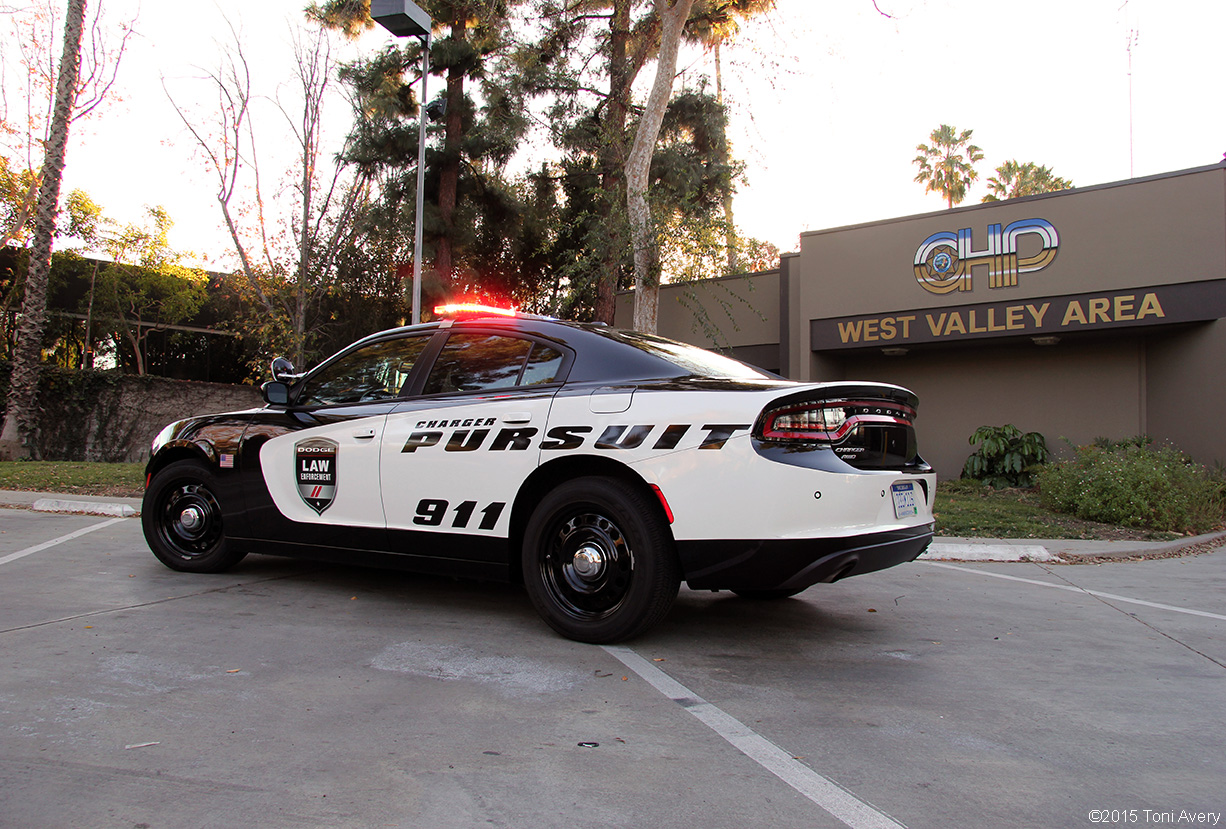