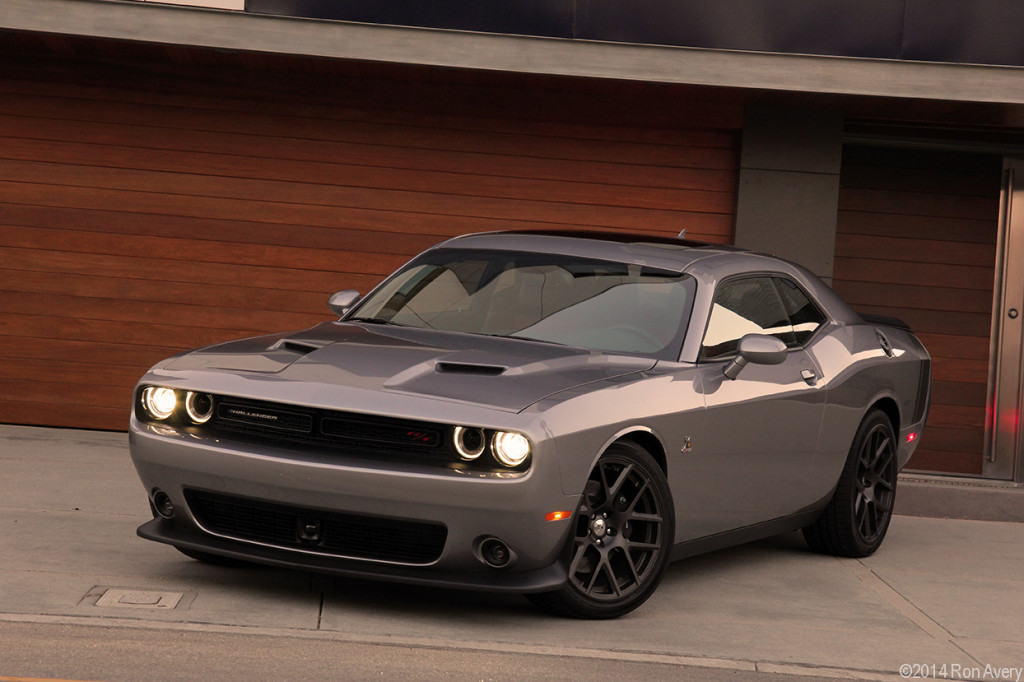 There are few things in life more satisfying than starting up an American Muscle Car. Maybe pushing the start button of a 485 HP V8 Hemi engine beast for a week? Yeah, that’ll do it. The 2015 Dodge Challenger R/T Scat Pack changes the common perception of an oversized muscle car with overcompensating power and turns it on its head. This Scat Pack even won over a die-hard European Car nut. 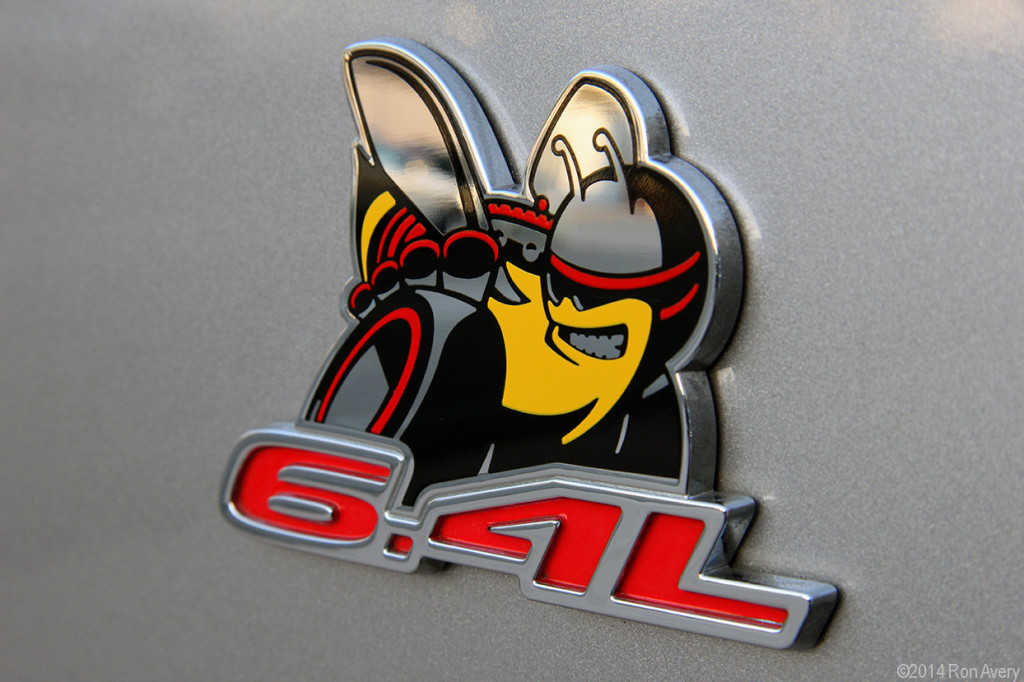 The Challenger R/T Scat Pack has power in spades…and then some. Equipped with a 6.4 L V8 SRT Hemi engine, the Scat Pack pushes out 485 HP and 475 lb-ft of torque. And speaking of torque, the Scat Pack has gobs of it aiding in almost instant off-the-line starts. While having this much power can go to your head, you’ve got to be smooth with the accelerator or the car will just take off without you. Being that the car hits 60 MPH in just 4.2 seconds, it’s easy to see just how much trouble you can get in.

While the very definition of a muscle car in the past may have been just the acceleration and power of the car, today it’s a different story, I did feel that the Scat Pack handled quite well. And to stop all 485 horses, the Scat Pack comes equipped with Brembo 4-piston High-Performance brakes for plenty of stopping power.

Having the option or ability to row your own gears never gets old, the Scat Pack’s ultra-quick eight-speed TorqueFlite paddle-shift automatic transmission does the job. In Normal mode, the shifts come early, in order to conserve fuel, but in Manual mode the car suddenly comes alive. Winding it up is so satisfying while running up against redline the car begs you to shift to the next highest gear. If you aren’t worried about MPG, leave it in Manual mode, it sounds the best and feels the best. You don’t purchase this car to never hear it scream, do you? 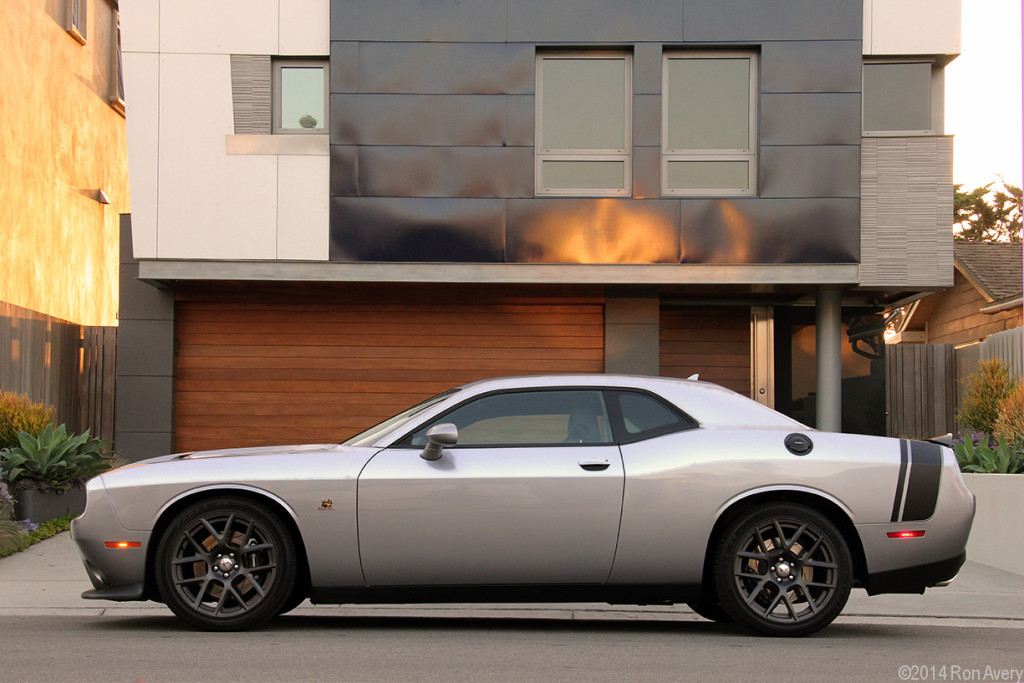 After receiving several thumbs up and countless offers to drag race it’s obvious this car is even more badass than last years. The 2015 Challenger receives some nice cosmetic changes including a narrower front grille, split LED taillights and unique to the Scat Pack is the Bumblebee Stripe at the rear plus the badges on each side of the car letting everyone know what’s under the hood. 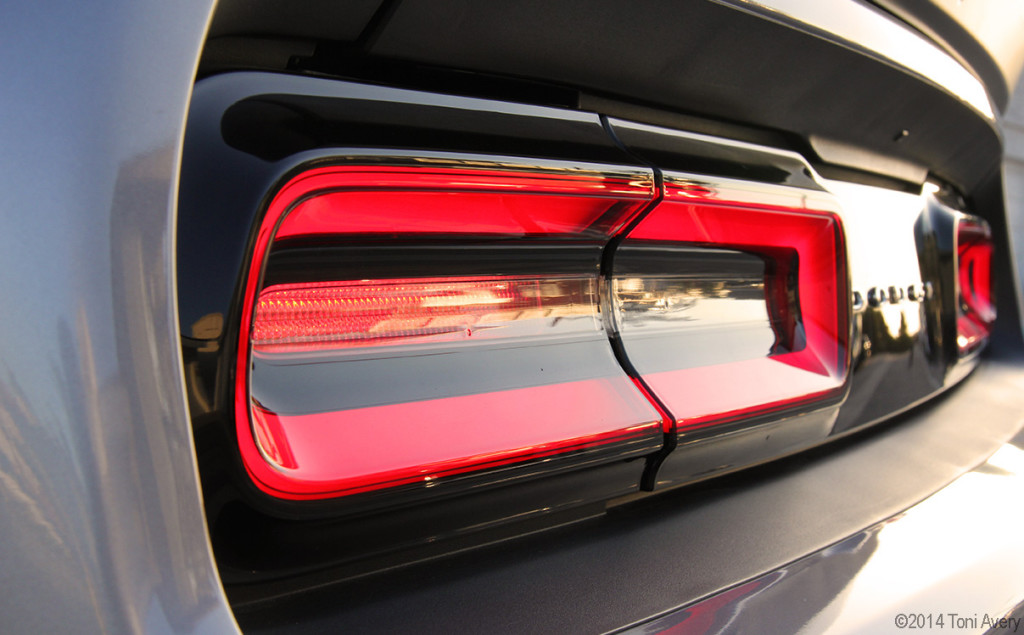 I felt especially cool in the Scat Pack. The Billet Silver Metallic with Matte black lightweight forged aluminum 20” wheels and the Bumblebee matte black stripe at the rear added some extra cool factor. The car doesn’t need a screaming “Hey look at me!” color to stand out; I actually preferred the clean look of this Scat Pack.

Two exterior tech features that must be mentioned are the rear park assist system and backup camera plus the forward collision warning. The C-pillars on the Challenger make it fairly difficult to see outback, but the rear park assist system warns the driver with increasing beeps as well as displaying the actual distance you are from an object on the navigation screen. That’s where the rear backup camera comes into play, with such a large screen it’s pretty difficult not to see what’s coming up behind you.

The forward collision warning system is great for instances like traffic that suddenly stops in front of you while not paying attention. It sure gets your attention by transmitting audible sounds for the driver as well as a big red BRAKE in the center display screen right in front of the driver. While this is extremely important to have especially for distracted drivers or those who live in crowded cities, the loud noises the system makes scared me more than the suddenly stopped vehicles in front of me. 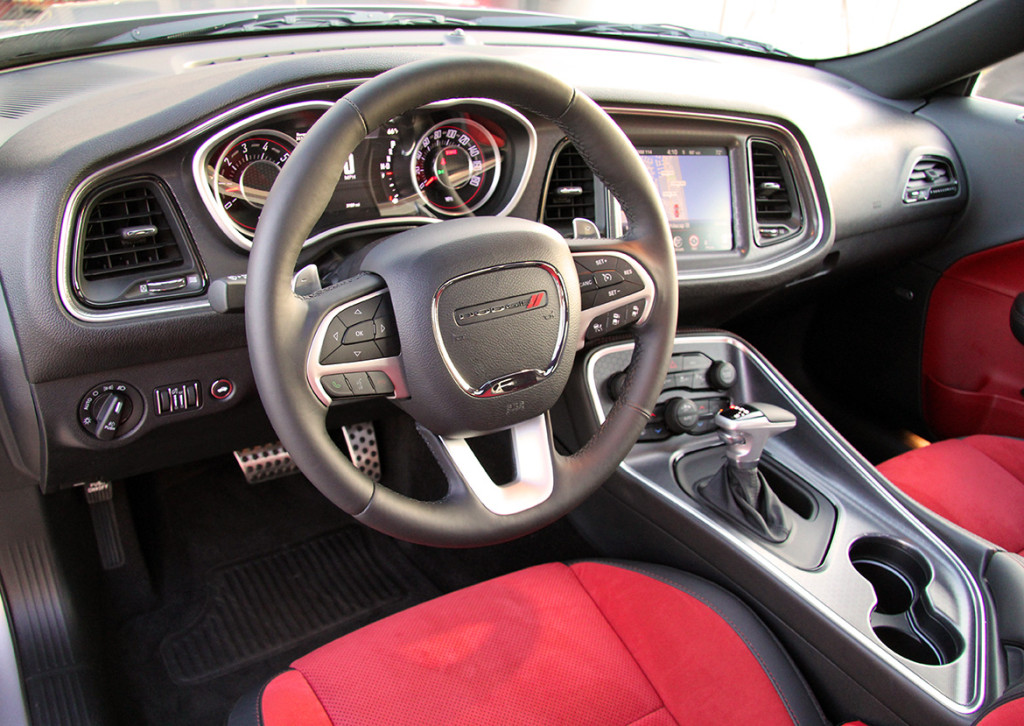 The interior on this car might have been my favorite part, besides the engine of course. Equipped with ultra-plush Suede/Nappa Leather High Performance Seats with the R/T logo, I was in comfort heaven. The seats even featured the optional heating and cooling, which both do the job well. Even down to the heated steering wheel, this is a great cool weather car. If you’re looking for ultra comfortable seats for long trips with a massive engine and tons of technology, this is your car.

The interior is extremely driver focused with the center console all the way up to the navigation screen tapering to the driver’s side of the car allowing the driver to feel in total control. Assuming this driver focused interior was deliberate it’s probably one of the most comfortable, technology packed, driver centric cars out there in this price bracket. 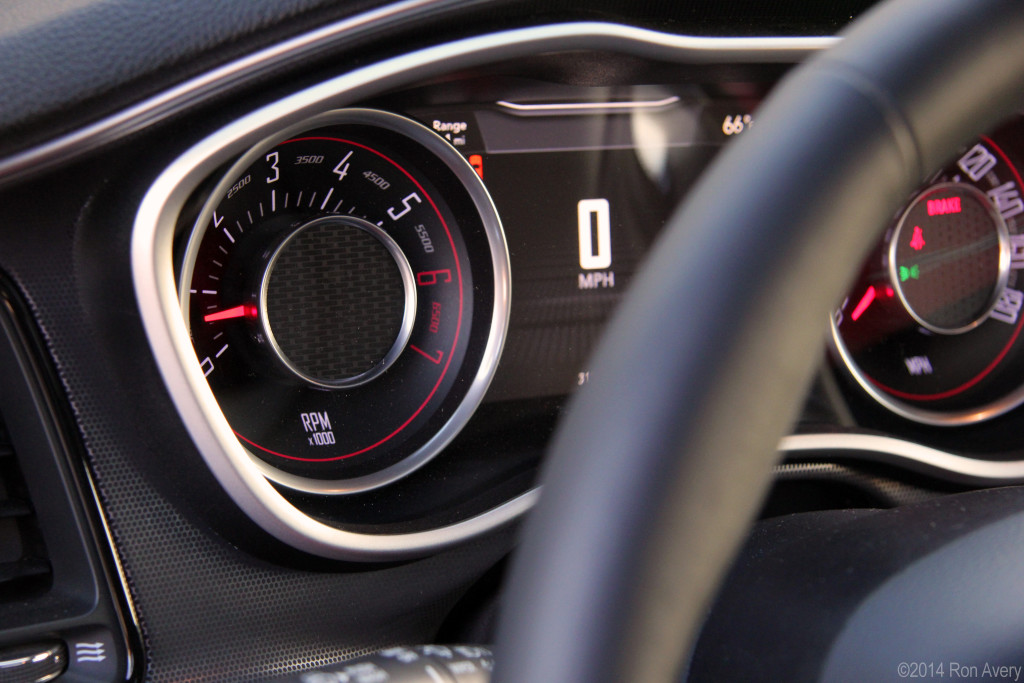 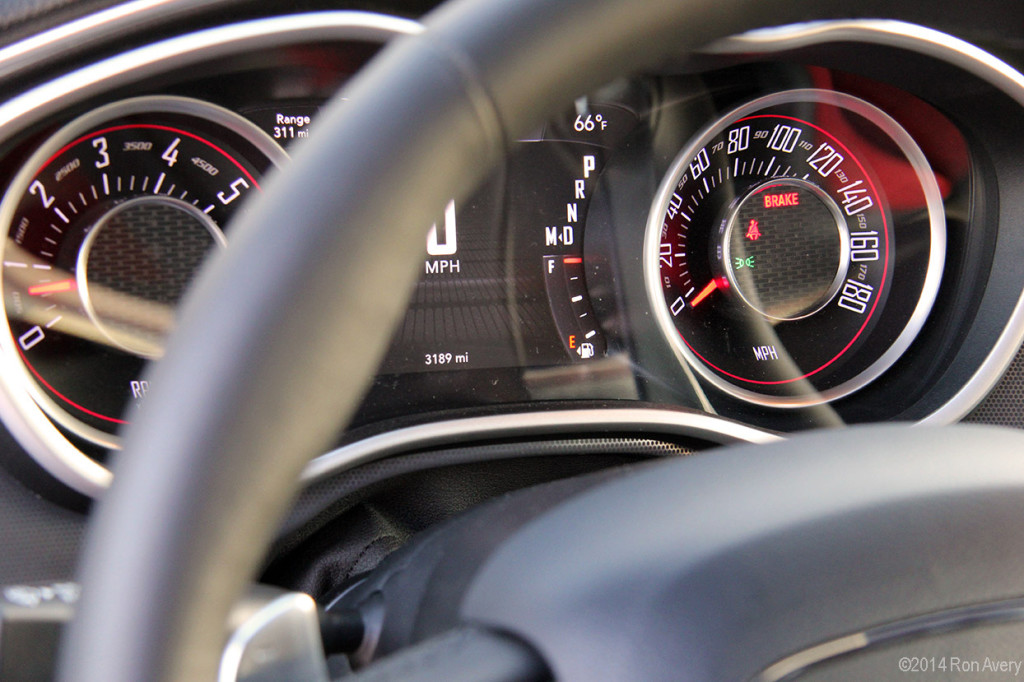 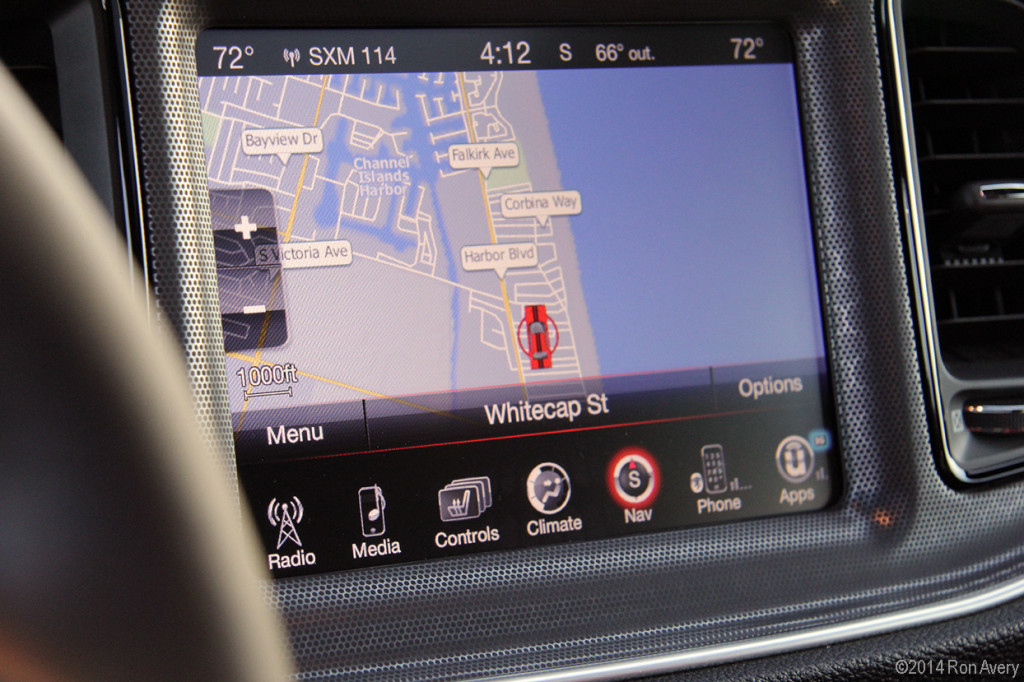 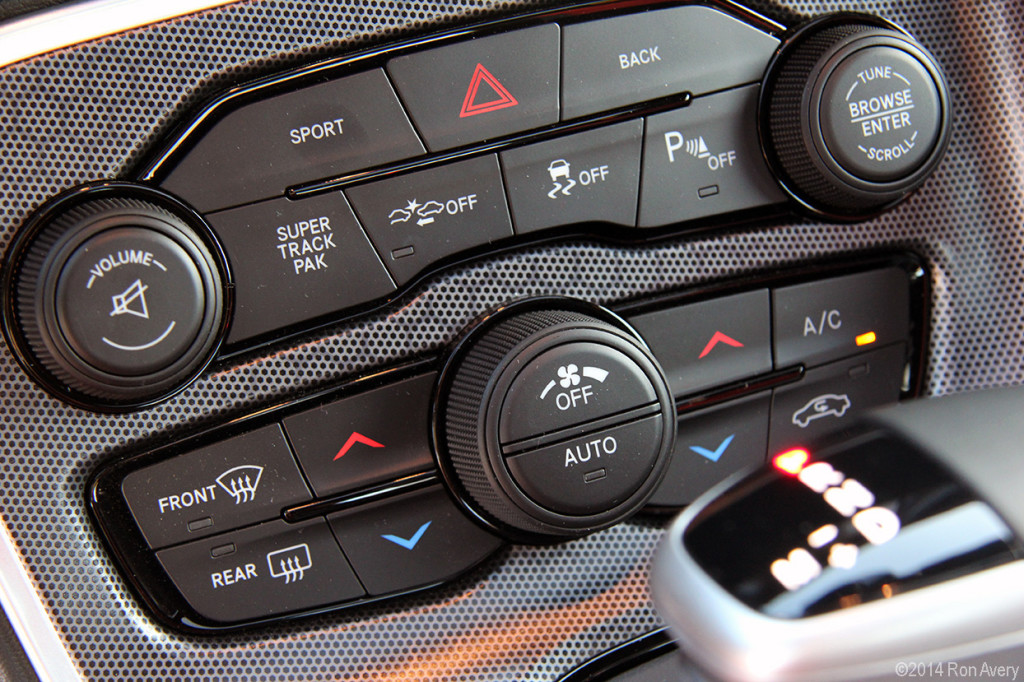 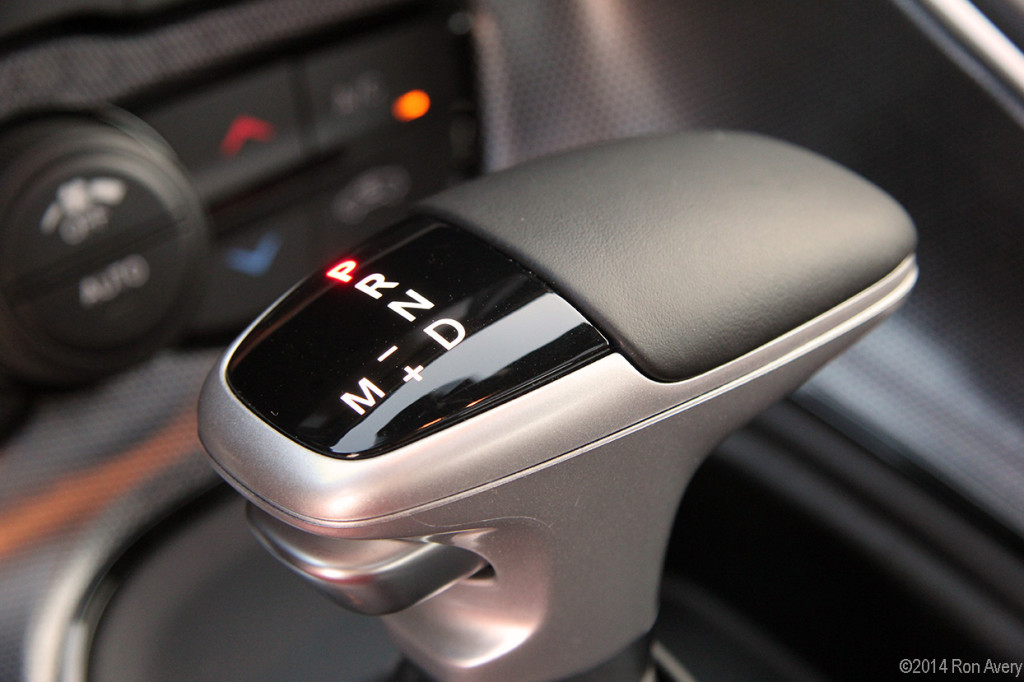 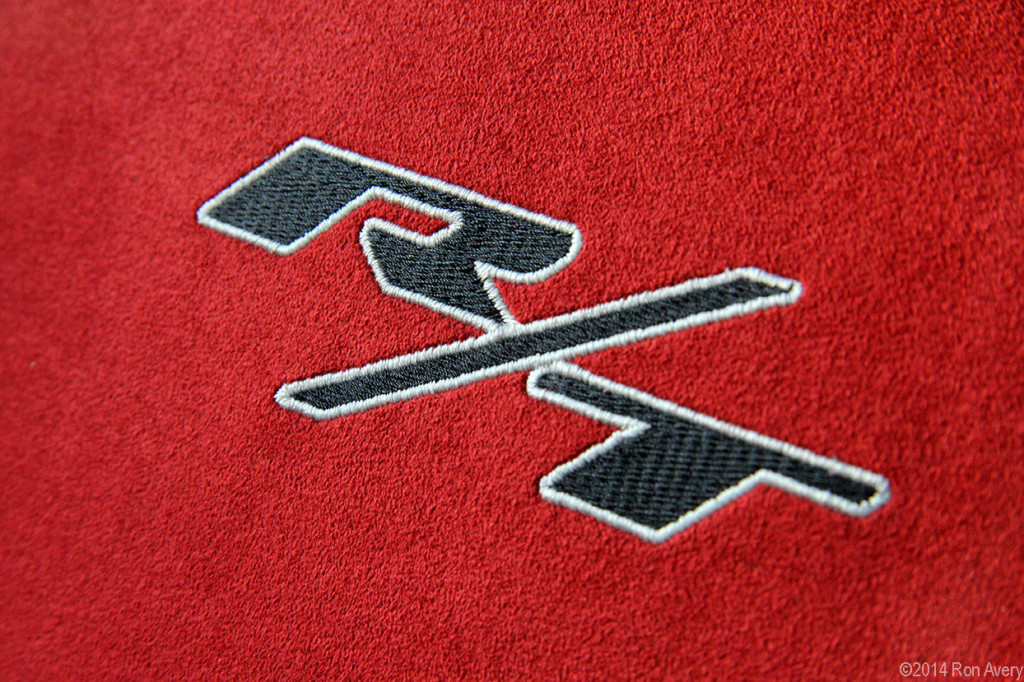 The navigation system with turn-by-turn directions in the center display in addition to hands-free phone, iPod connect and many other features, it was hard to say goodbye when my week was up. There are many different screen options to choose from in the center display including MPH, MPG, Performance, and when the navigation system is in use, turn-by-turn directions appear there as well.

Not only is tech spot on in the Challenger, the materials everything is covered in are hands down some of the nicest I’ve seen.

Would I get one?

Absolutely! The exterior appearance is killer with some really nice touches; specifically the 20” wheels, Bumblebee Stripe and the updated split LED tail lights. The interior makes you feel like you are sitting in more than just a car, rather you are sitting in a car with a much high price tag. As it sits, the car I tested had a total price of $47,360 compared to its base price of $37,495. Sure that’s a lot of money, but not when you look at what you’ve got. A BMW or Mercedes-Benz similarly outfitted would run you well into the $50,000 range, at least. But then you’d be missing the distinctive rumble of an American V8 engine.

I don’t think I’ve yet been genuinely “bummed” to give a car back that wasn’t mine. I really love my cars and would usually rather drive them any day of the week, but when the Scat Pack had to go back I was pretty darn bummed.

But seriously, if you’re looking for a car with retro styling, gobs of power, and so much technology you feel as though you’re sitting in a smart phone, the Challenger R/T Scat Pack deserves a look. I’d take one, but I’d like to try out a manual transmission first, please.

GirlsDriveFastToo gives the 2015 Dodge Challenger R/T Scat Pack an overall rating of (out of 5 total): 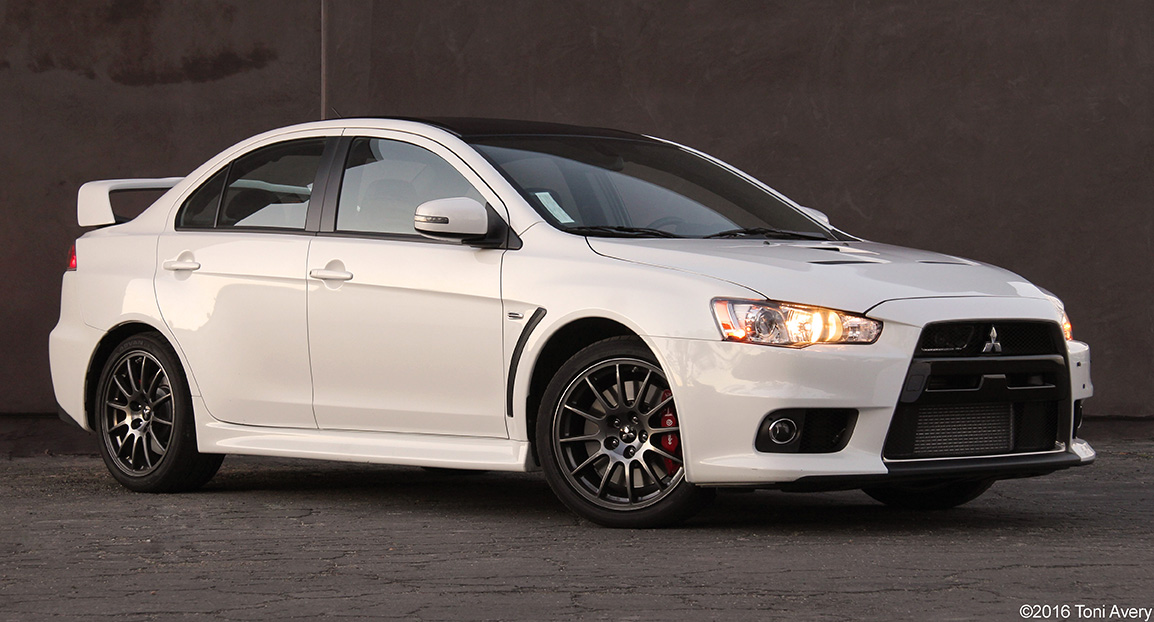