Much like the Chevrolet Corvette, the Mitsubishi Lancer Evolution has practically sold itself. Yes, those two cars are nothing a like, but the EVO has been snatched up by young males like a pair of half-priced boots on Black Friday. While the Corvette has made it into the nervous and aging hands of middle-aged men experiencing a midlife crisis.

Go to an EVO gathering and you’ll see anything from a girly pink wrap to a completely modified track only monster. It’s kind of like the Miata; people usually don’t buy one to leave it bone stock. There are more modified Miata’s in the world than stock ones and the same can probably be said for the EVO.

After numerous generations, this 2015 EVO is said to be the last ever produced by Mitsubishi. Fans and owners pull out your hankies and those who really don’t know an EVO from a WRX, listen up. 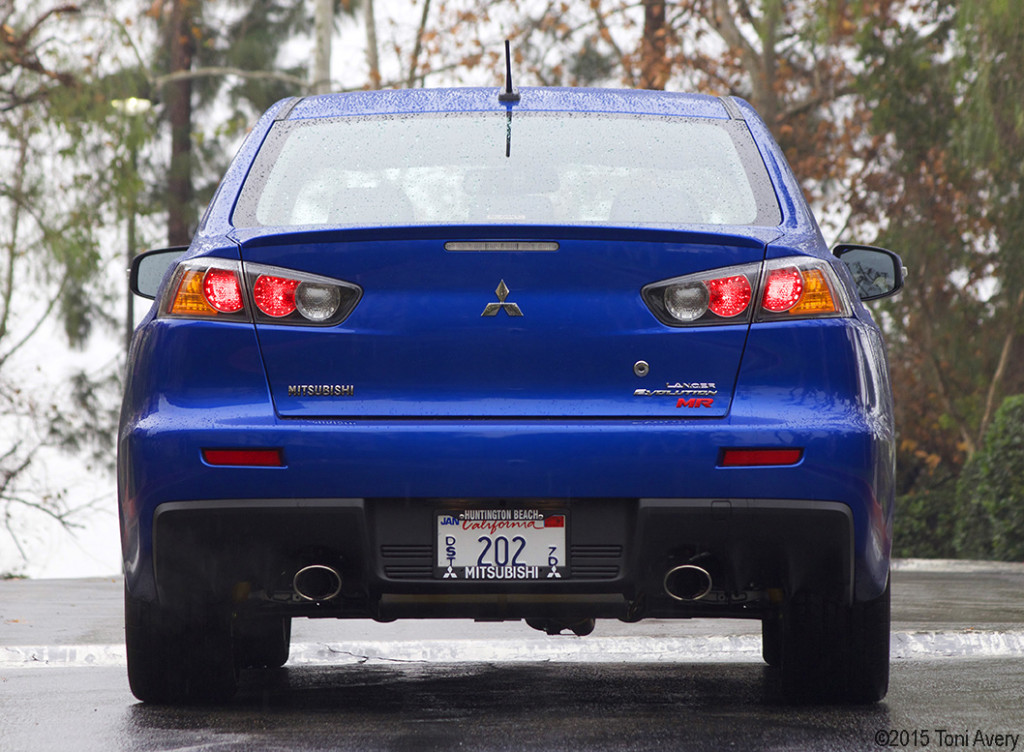 It’s 2.0 liter MIVEC turbo charged engine pushes out 291 horsepower and 300 lb-ft of torque all mated to a 6-speed twin-clutch transmission with all four wheels driven by Super-All Wheel Control.

The EVO’s power output left more to be desired from behind its leather wrapped steering wheel. With 291 HP @6500 RPM and 300 lb-ft of Torque at @4000 RPM I jumped in expecting a fairly quick and sporty ride. What I got instead was some much-needed torque in the lower rev range and a disconnect between myself and the car. I wanted so much to feel the obsession EVO owners have for every generation, but it never quite hit me. It was underpowered for a car of its 3571 lb size.

The Super-All Wheel Control system did put my reservations aside when pushing the EVO around tight and twisty corners. The car felt planted and I felt confident in its ability to keep all four wheels continuously driving the EVO.

An integral part of the car is the 6-speed twin-clutch Sportronic transmission, exclusive to the EVO MR. While almost every other Automaker is making the most out of flappy paddle gearboxes with 7-8 gears, Mitsubishi offers a six as the only transmission in the most top-end EVO. Why? Sure, Sport mode is a lot more fun than Normal, especially when moved over to Manual Shifting. Allowing the car to shift for you in Sport emanates exhaust notes miles better than leaving it in Normal, with upshifts occurring above 4,000 RPM. I left the trans in Sport Manual Shifting mode for the most part to really hear the engine and exhaust the way I’d want it to sound as an EVO owner. As much as I played around with the Sportronic transmission, it never really exceeded my expectations.

Driving through my favorite canyon, the transmission felt more like an afterthought than an integral part of the car’s being. If the option of rowing your own gears is to be taken away completely for a top-end model, the transmission it’s swapped for should make every EVO owner want to trade in and trade up. For someone who lives and breathes sports cars, the Sportronic transmission didn’t sway or change my strong opinions, in fact it pushed me further towards my old-fashioned beliefs that manuals are still the best way to go for me.

The MR features an interior perfect for a single owner and even works for a small family of four. The front seats are manually adjusted and the rear provides enough room for two reasonably tall passengers to fit comfortably. The trunk isn’t huge but does offer enough space for some grocery bags or a spare tire or two for those weekend track days. This particular MR also features the Touring package, which includes: leather seating surfaces, power glass sunroof, heated front seats, sound dampening enhancement and scuff plates. 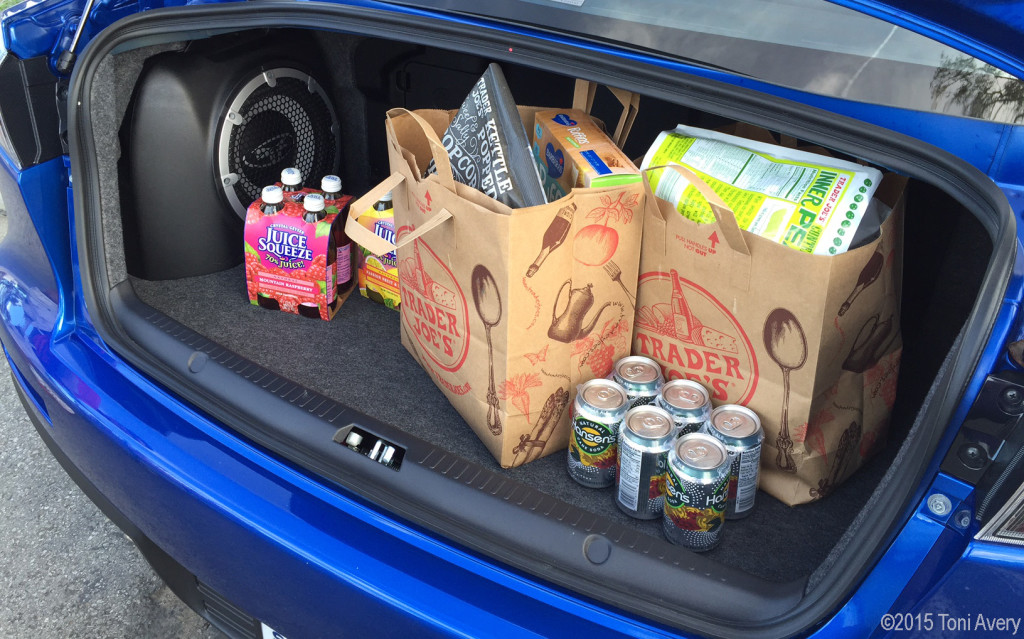 I’m one of those car nuts that can look past an interior if the car looks good on the outside and is fun as hell to drive. While the EVO does sport some sexy skin (more on that later), you’ve already heard my thoughts on performance, so that leaves the interior. And that’s about it. It’s an interior. It’s lacking some vital textural elements that can so easily bring an interior from “bla” to “sweet.” An option that was offered on EVO’s years past that would have provided a more race oriented feel are Recaro seats. I’d take a pair of cloth ones over heated leather seating surfaces.

Materials felt and visually seemed cheap with no real color variation causing one to feel like they were stuck in a black hole. The biggest plus was the Rockford Fosgate stereo system. One of the best I’ve heard in some time. Just make sure all settings are turned on, otherwise it sounds about as good as your average economy car. Using Bluetooth audio and hands free calling is pretty easy and safe thanks to some steering wheel controls and large screen buttons.

This EVO lacked a navigation system to play with. It seemed a little pointless to have a navigation type screen with no navigation system. There are quite a few optional packages that EVO buyers can choose to personalize their car, and it just doesn’t make sense to leave that off the standard equipment of a car geared towards a younger buyer. 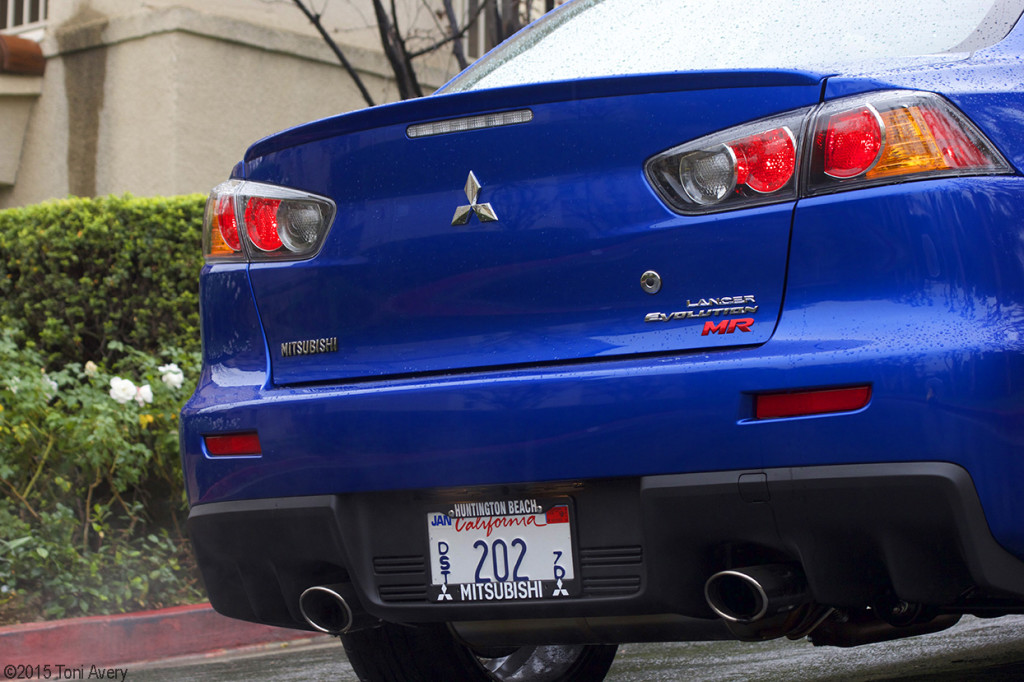 Finished in a sleek Octane Blue paint, the car’s standard BBS wheels and Brembo brakes give the car a race ready look without busy stripes and stickers. Bilstein shocks, and Eibach springs, also come standard on the MR, further adding to the car’s impressive ride quality. If you like a heavy dose of track work on the weekends you’re already on your way with this car. 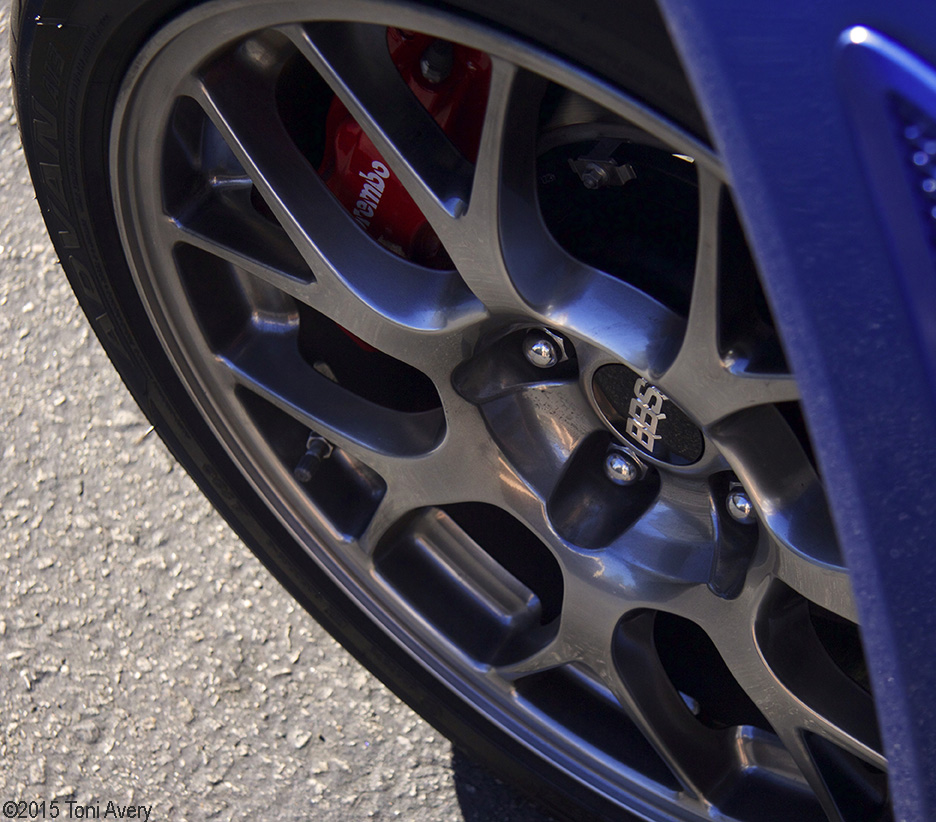 By far, the best part of the EVO MR is its completely aggressive and timeless exterior styling. From every angle, the EVO is purely alluring and totally awesome. If looks could kill the EVO would be one of very few cars remaining under $100,000. Even down to the non-functional hood scoop/fender vents and completely planted look, I relished in the numerous stares and attempts to race on several city streets. 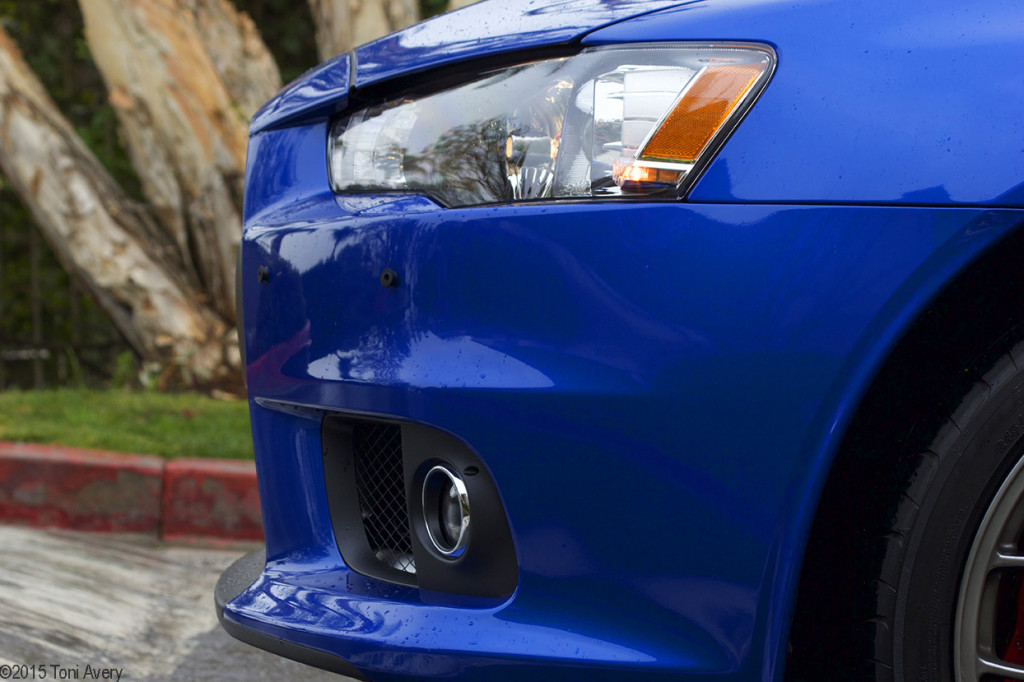 Based on looks alone, I can see why the EVO has enjoyed such a huge cult following. With its standard race inspired parts and Japanese engineering it’s no wonder so many have turned these stunning blank slates into some completely modified machines. Due to its lack of common standard equipment, unadorned interior and lacking performance, I can also see why Mitsubishi is ending the EVO’s production run.

While Mitsubishi doesn’t plan to replace the EVO with a successor, it’s easy to say that the 2015 Lancer Evolution MR is the last clearly defined sports car to leave the Mitsubishi plant.

GirlsDriveFastToo gives the 2015 Mitsubishi Lancer Evolution MR an overall rating of (out of 5 total): 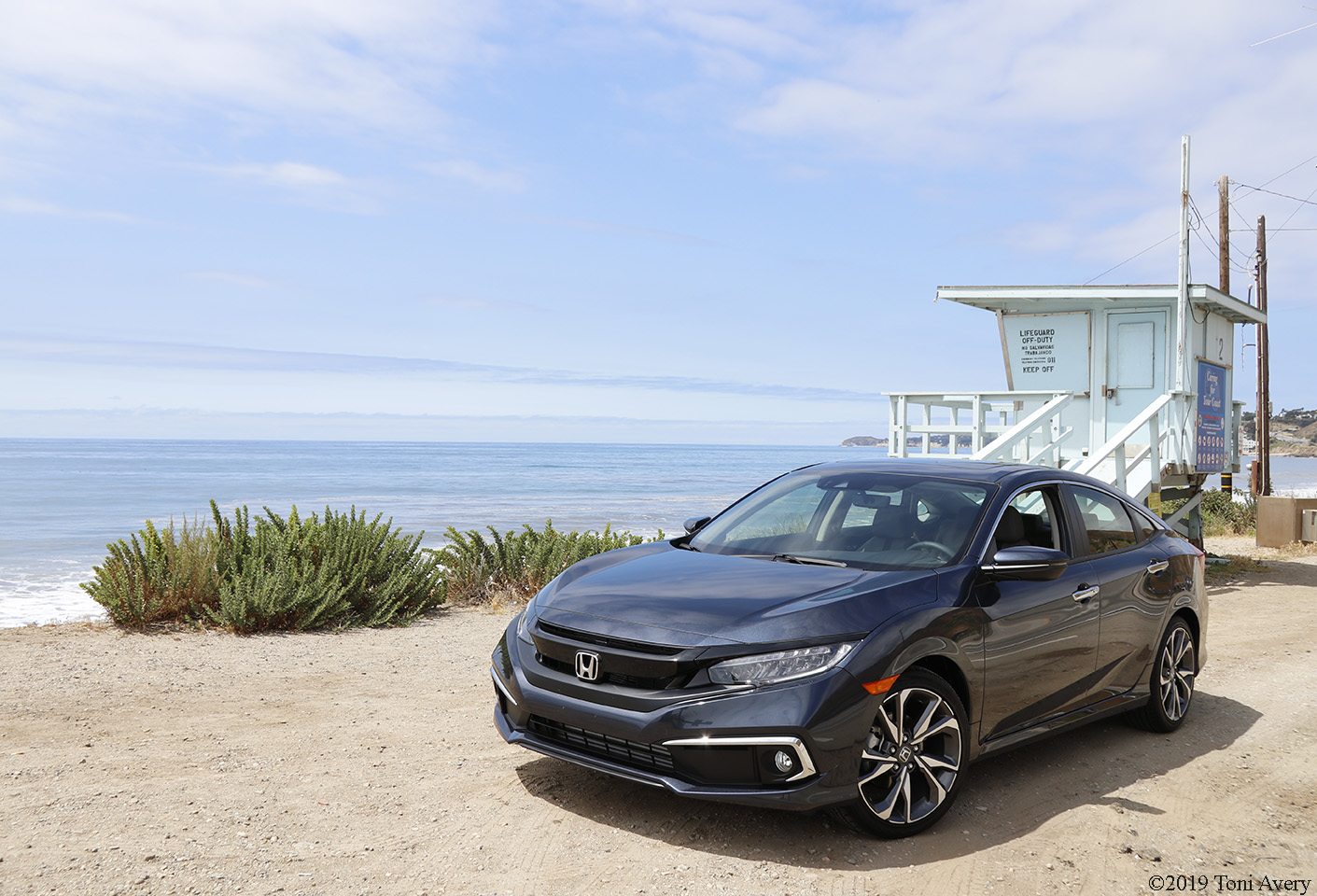 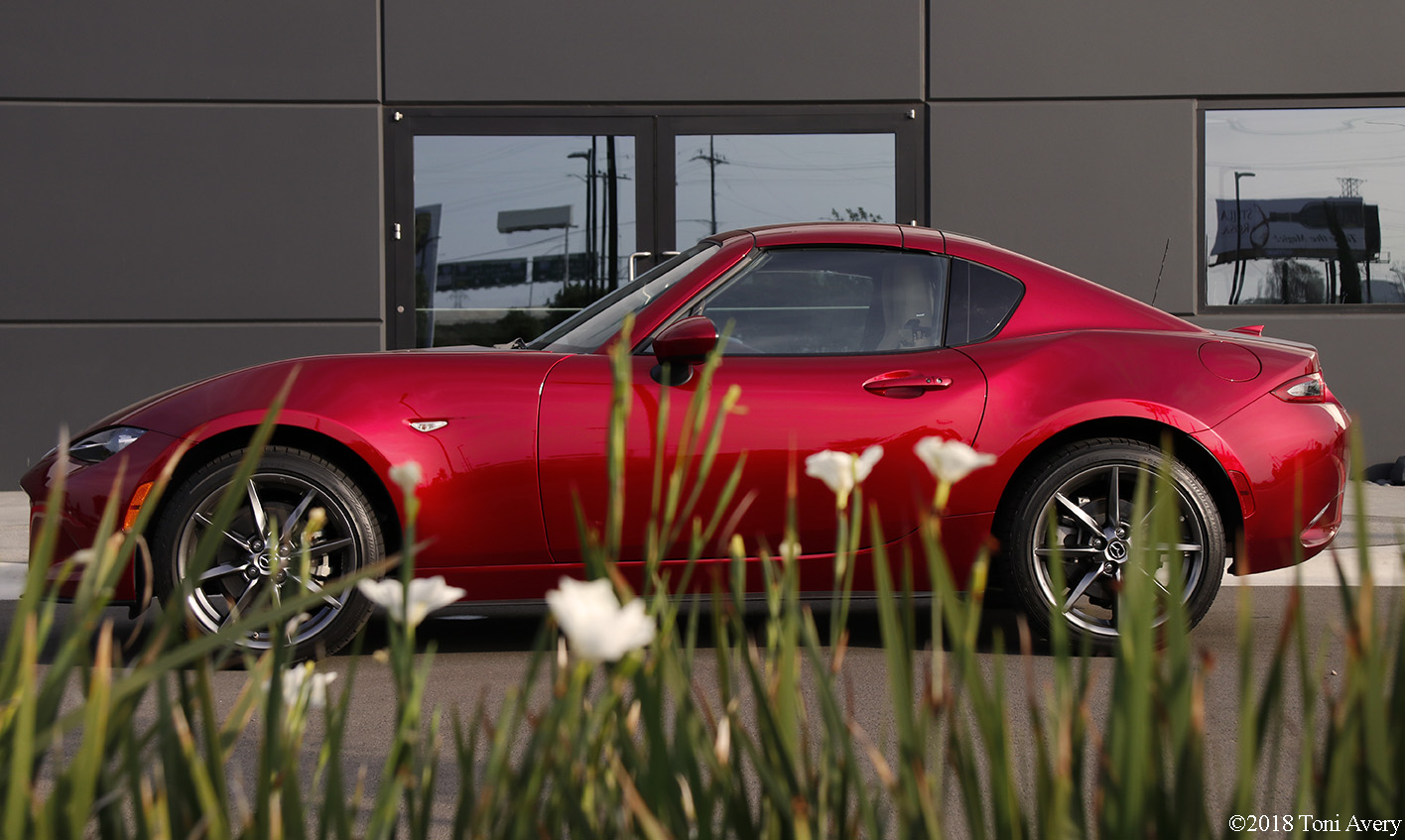 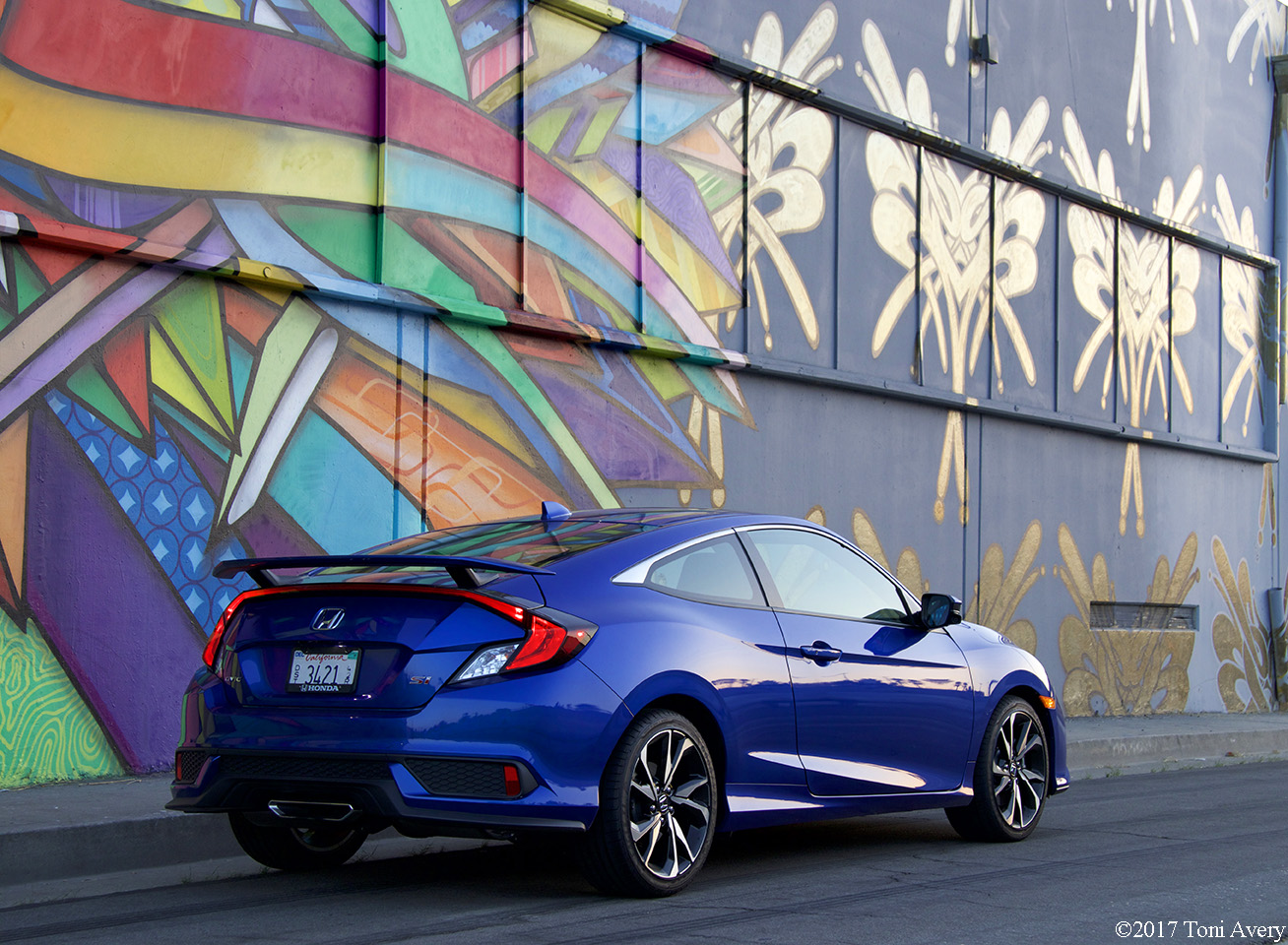