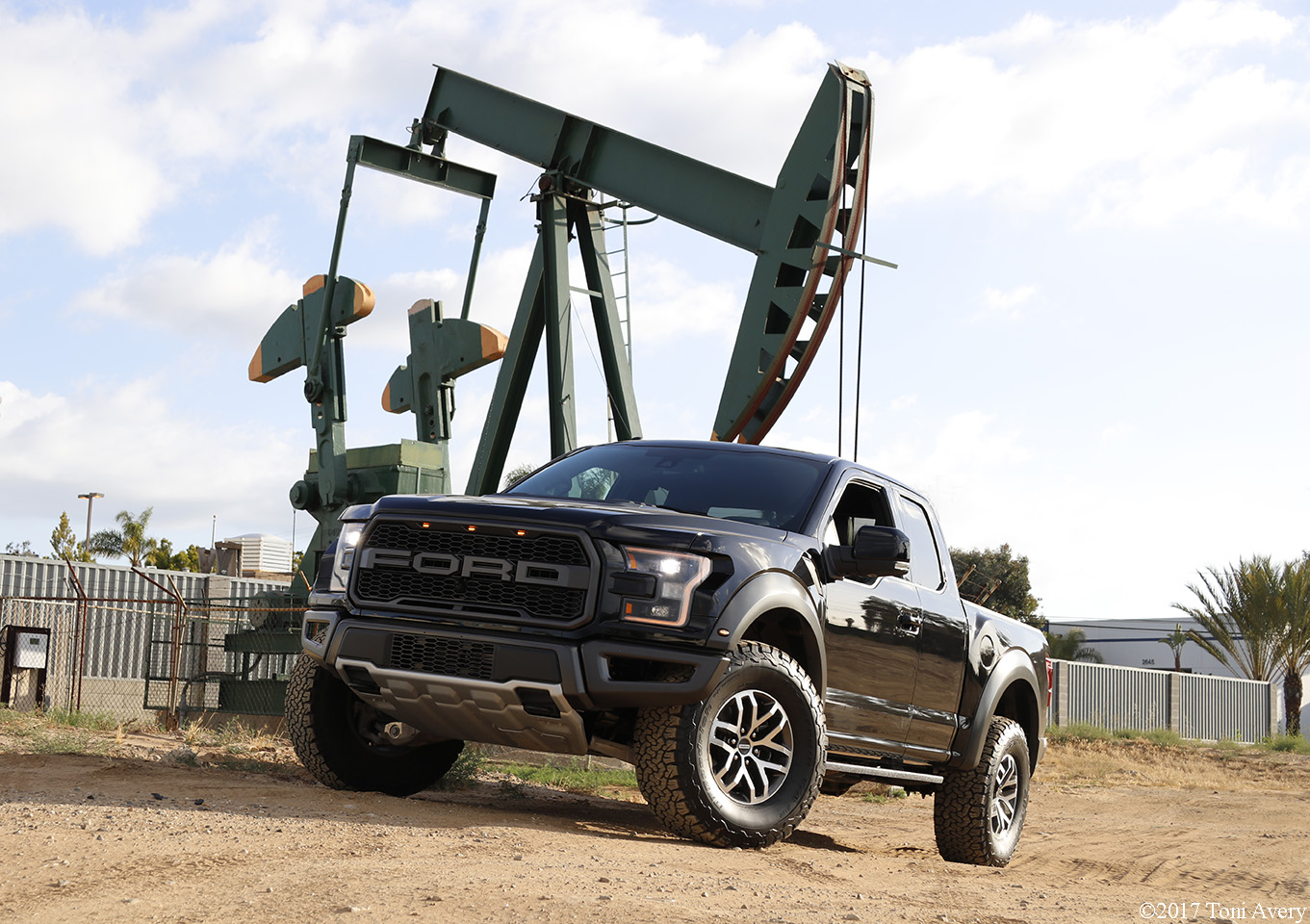 All four Ford vehicles previously reviewed were a mix of Mustangs and an ST. Since sports cars are usually the focus of my website, larger vehicles are rarely reviewed. I’ve been eyeing the Raptor for some time now. It’s such a cool looking truck and I’d heard a lot of good about it, which meant I had to find out for myself. 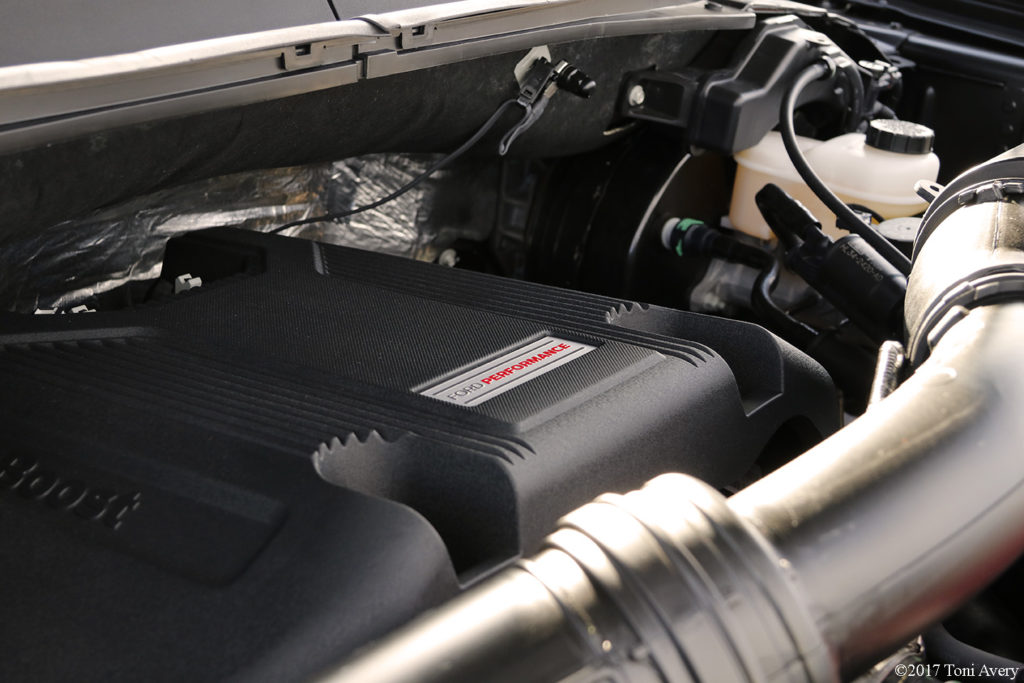 This Raptor is powered by a 3.5 L Ecoboost V6 producing 450 HP and 510 lb-ft of torque mated to a ten-speed automatic transmission.

Only my second truck to review, the Raptor is by far the coolest one I’ve ever driven let alone been in. It’s one of those vehicles that when you go to merge or you pull up behind someone, traffic suddenly clears. The front end is pretty menacing and the height makes any regular car seem tiny.

The loan wouldn’t have been complete without at least trying to jump something. The Raptor is fully capable of not only jumping some pretty big obstacles, but it’s extremely capable off-road. The jumps the Raptor took were just big enough to get a little air, and in Baja mode the Raptor just absorbed and took the jumps like they were nothing. While the majority of the loan was spent on road, I did briefly take the Raptor onto some “uneven dirt” for the photos you see here. It rode relatively smoothly while on city streets and handled better than expected.

The various drive modes such as Sport, Baja and Normal not only changed throttle and gearing characteristics, but for a mode like Baja, it also adjusts for 4-low or 4-high depending on what road conditions you’re driving on. In Sport mode, you can really hear the turbo spooling and it heightens throttle response, which made it my prefered mode. 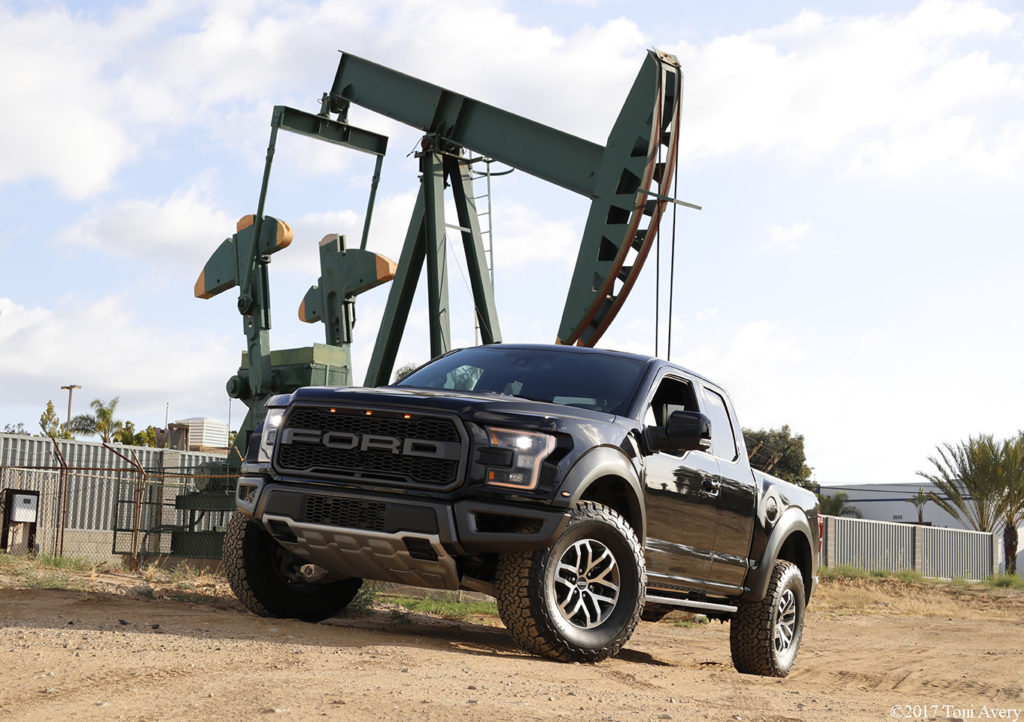 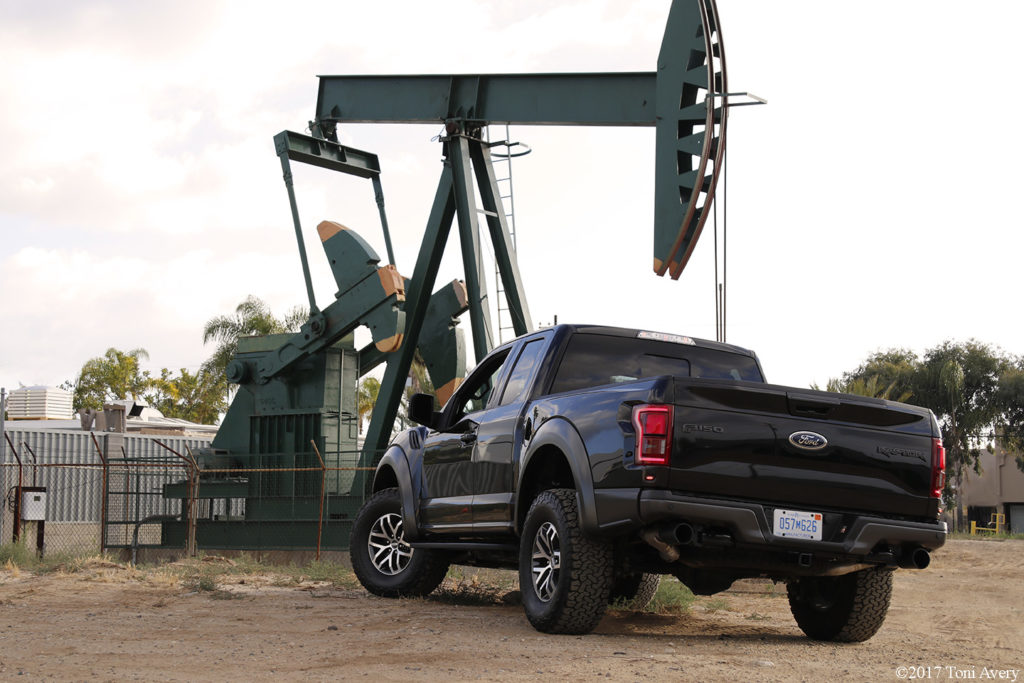 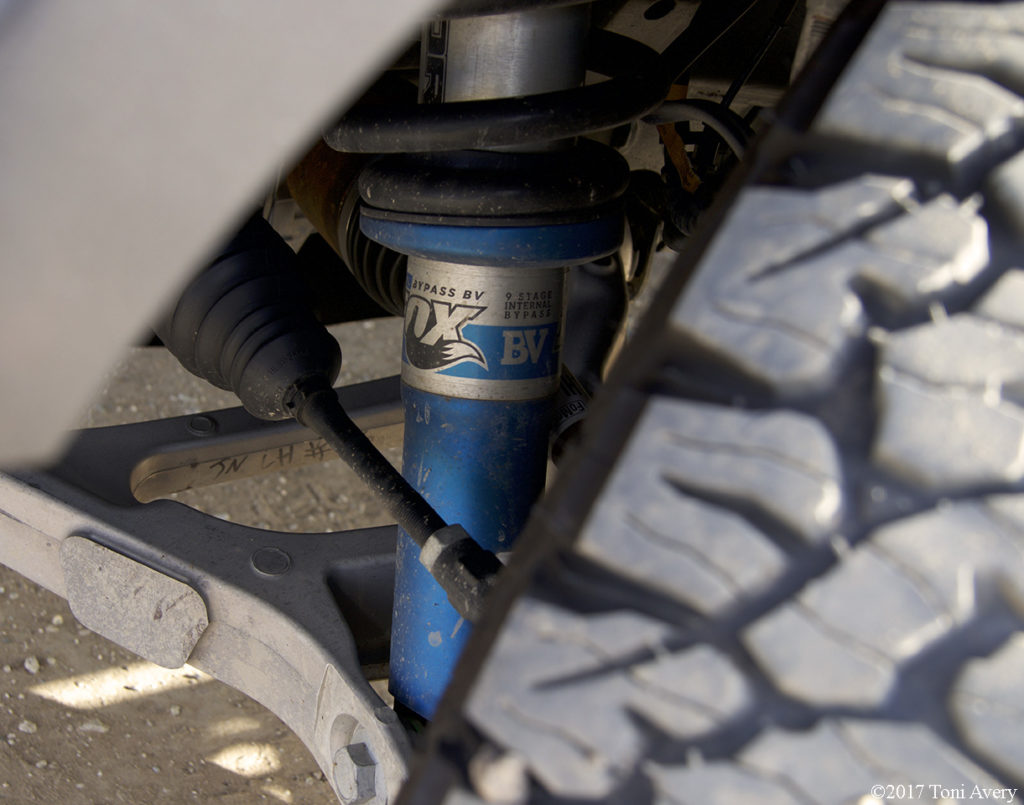 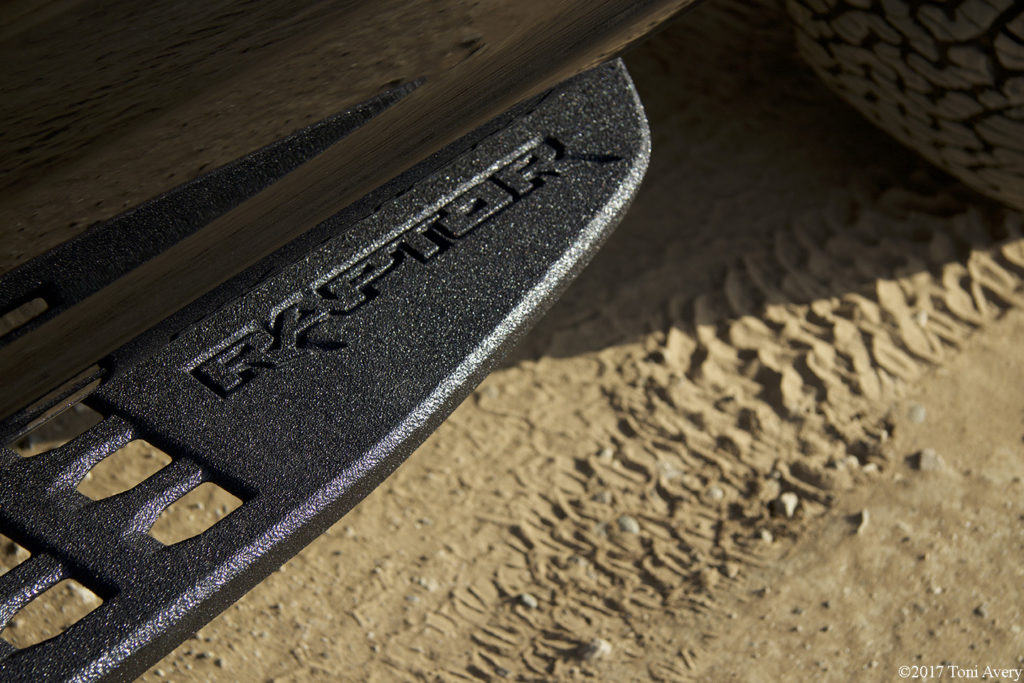 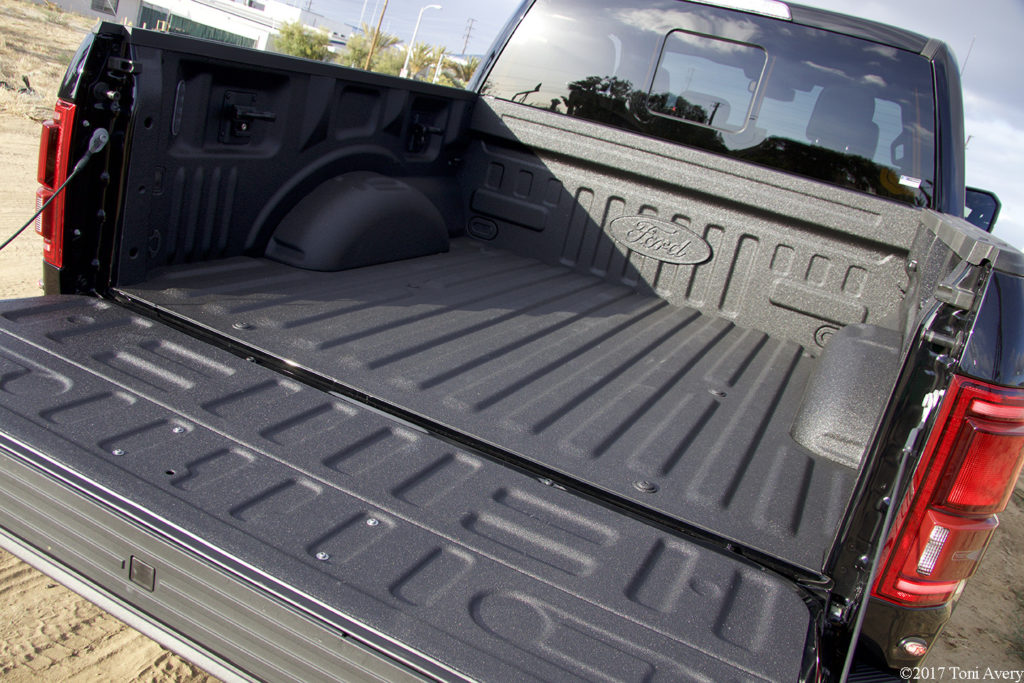 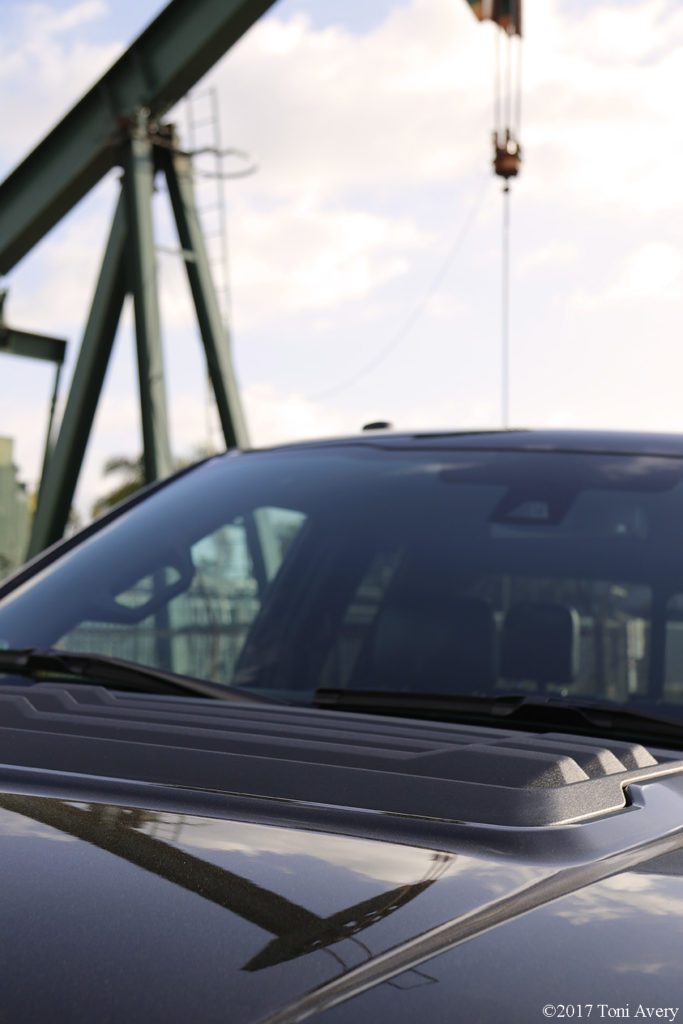 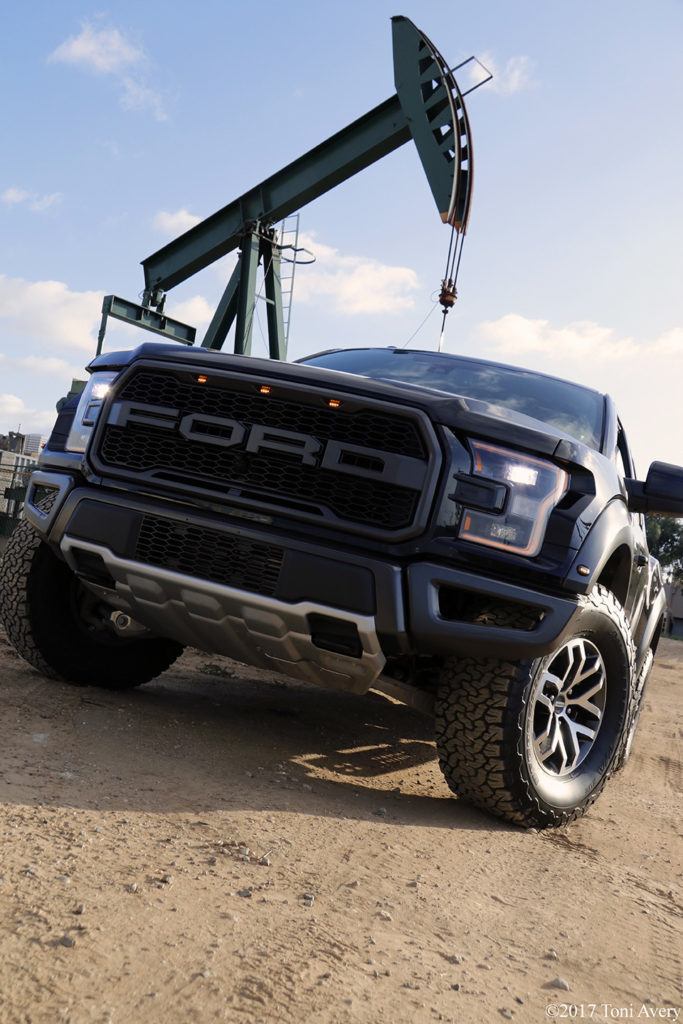 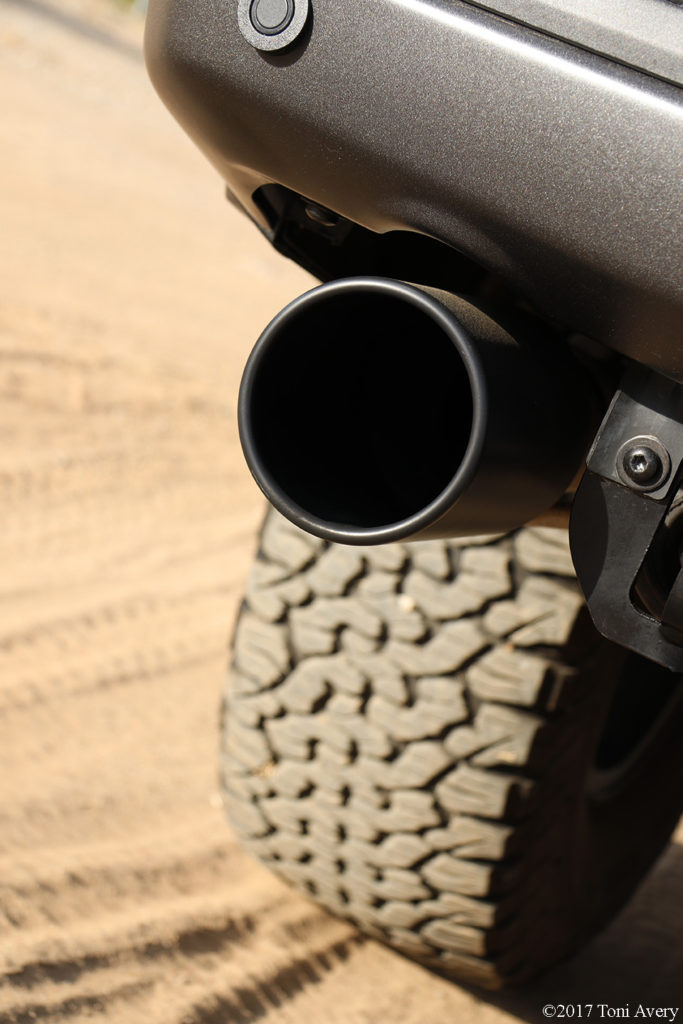 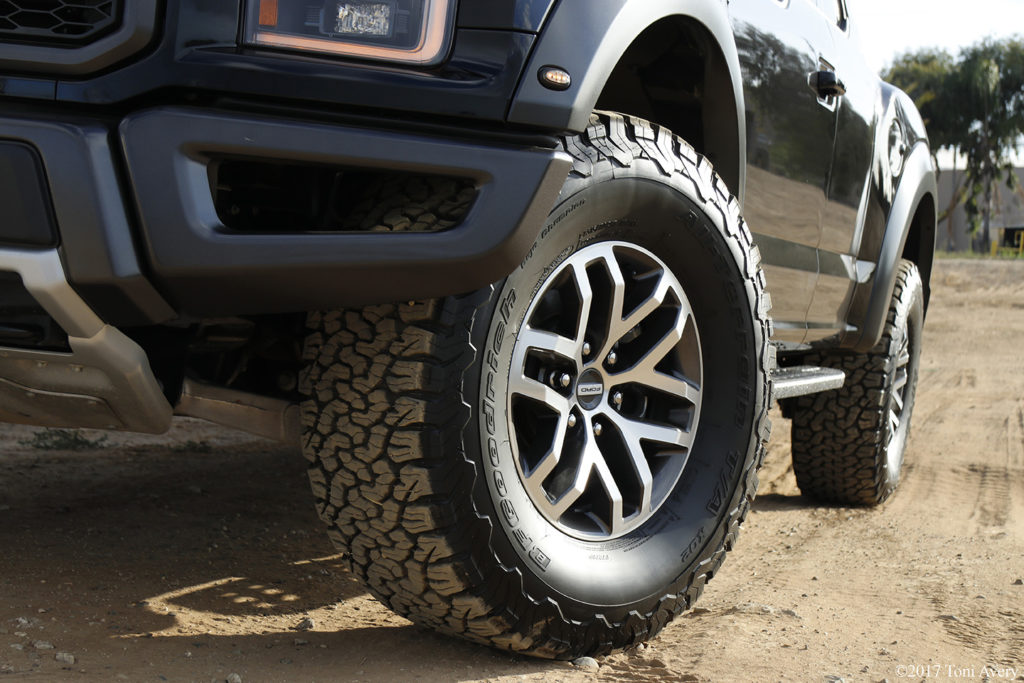 The exterior is finished in Shadow Black and features options from Equipment Group 802A.

The exterior of the Raptor is possibly the best part of this truck. The front end is aggressive and screams off-road assertiveness, while the rear gives you a little reminder of what this truck is with a small Raptor badge. The fender flares and polished outer edge 17-inch wheels complete the look. 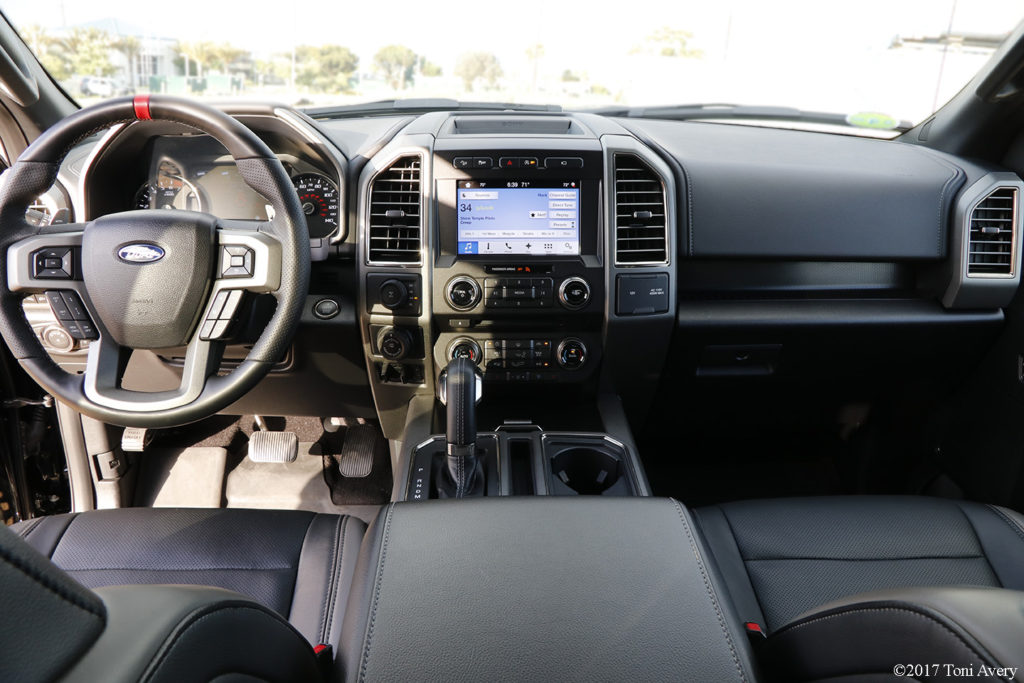 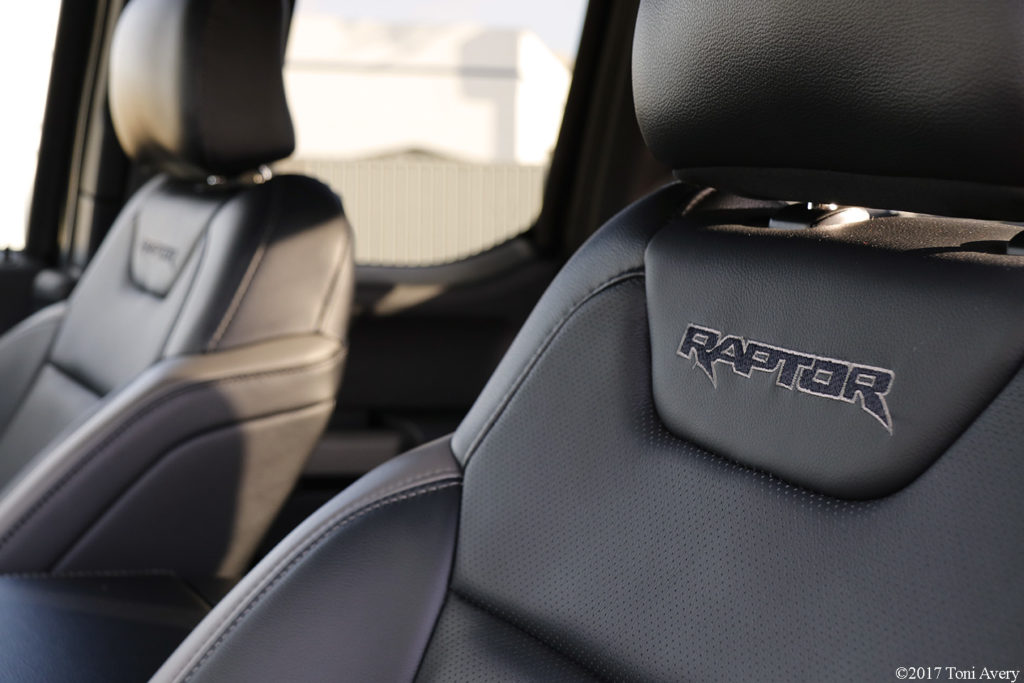 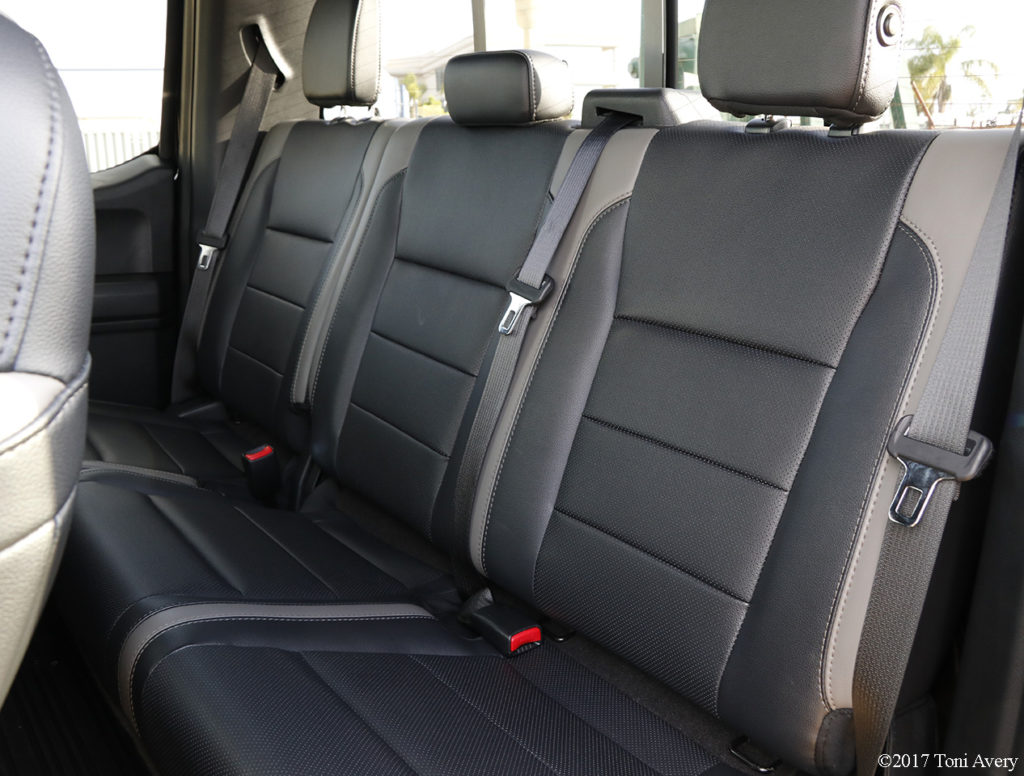 Inside the Raptor is an all-black cloth interior with options from Equipment Group 802A.

While there are nicer interior upgrades, the interior of my Raptor was pretty sparse. The sea of black plastic didn’t bother me as much because it is a truck and should be fairly utilitarian, but I would have liked to see a little more color or varying materials throughout. The seats provided plenty of comfort suited to on-road use. The infotainment system is pretty much the same as the last Ford vehicle I reviewed with some lag between a command given and the screen changing.

GirlsDriveFastToo gives the 2017 Ford F-150 Raptor an overall rating of (out of 5 total): 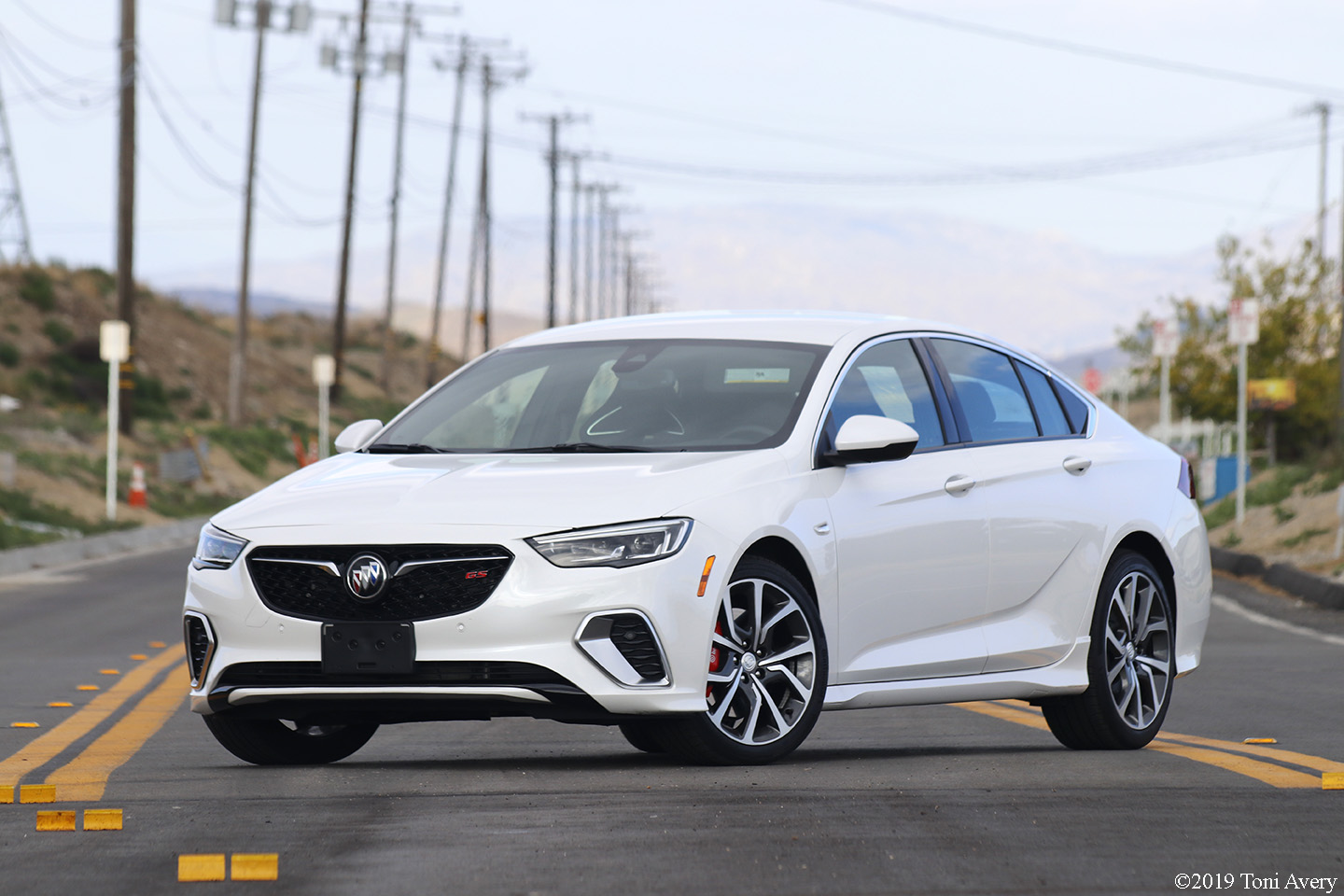 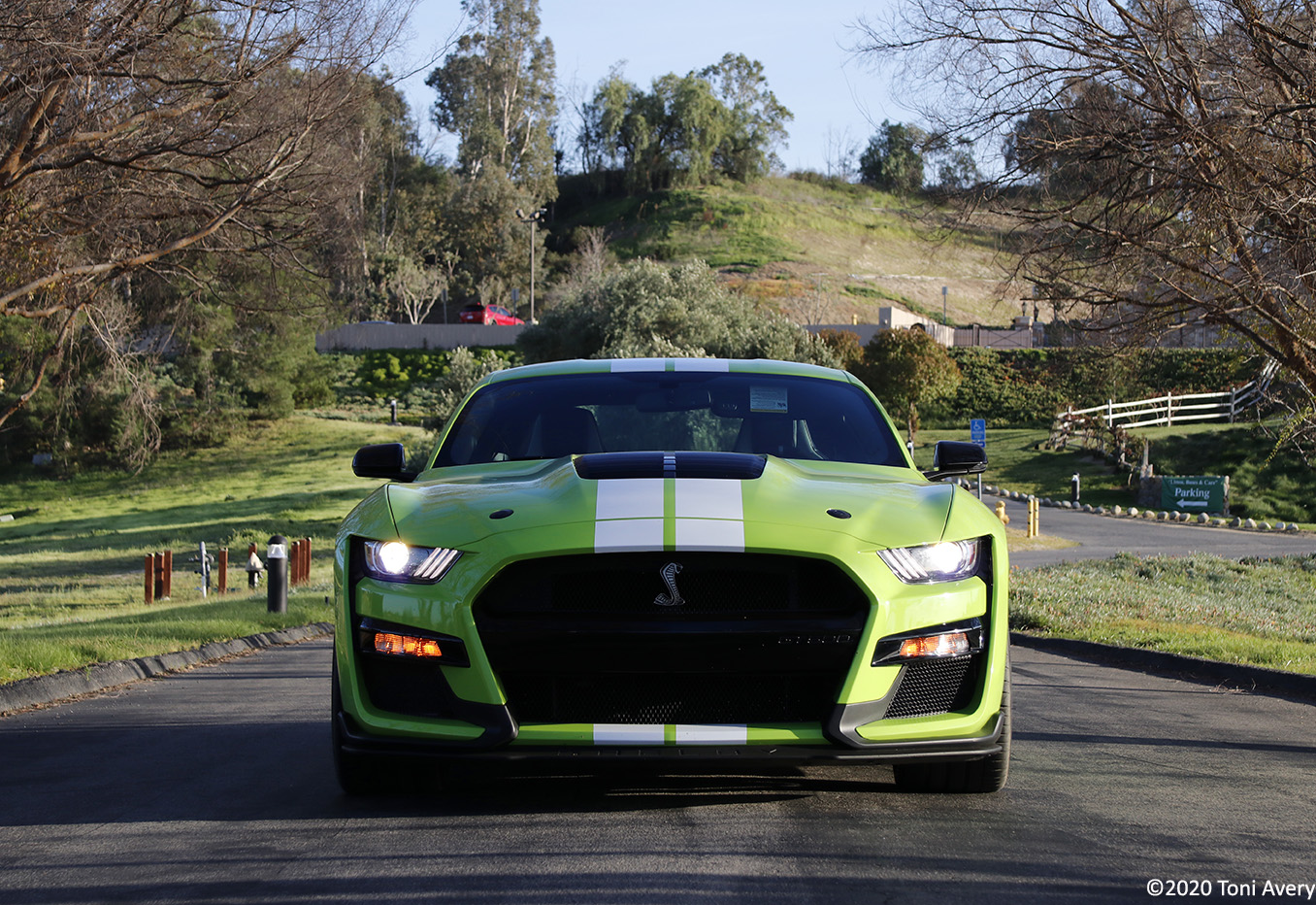 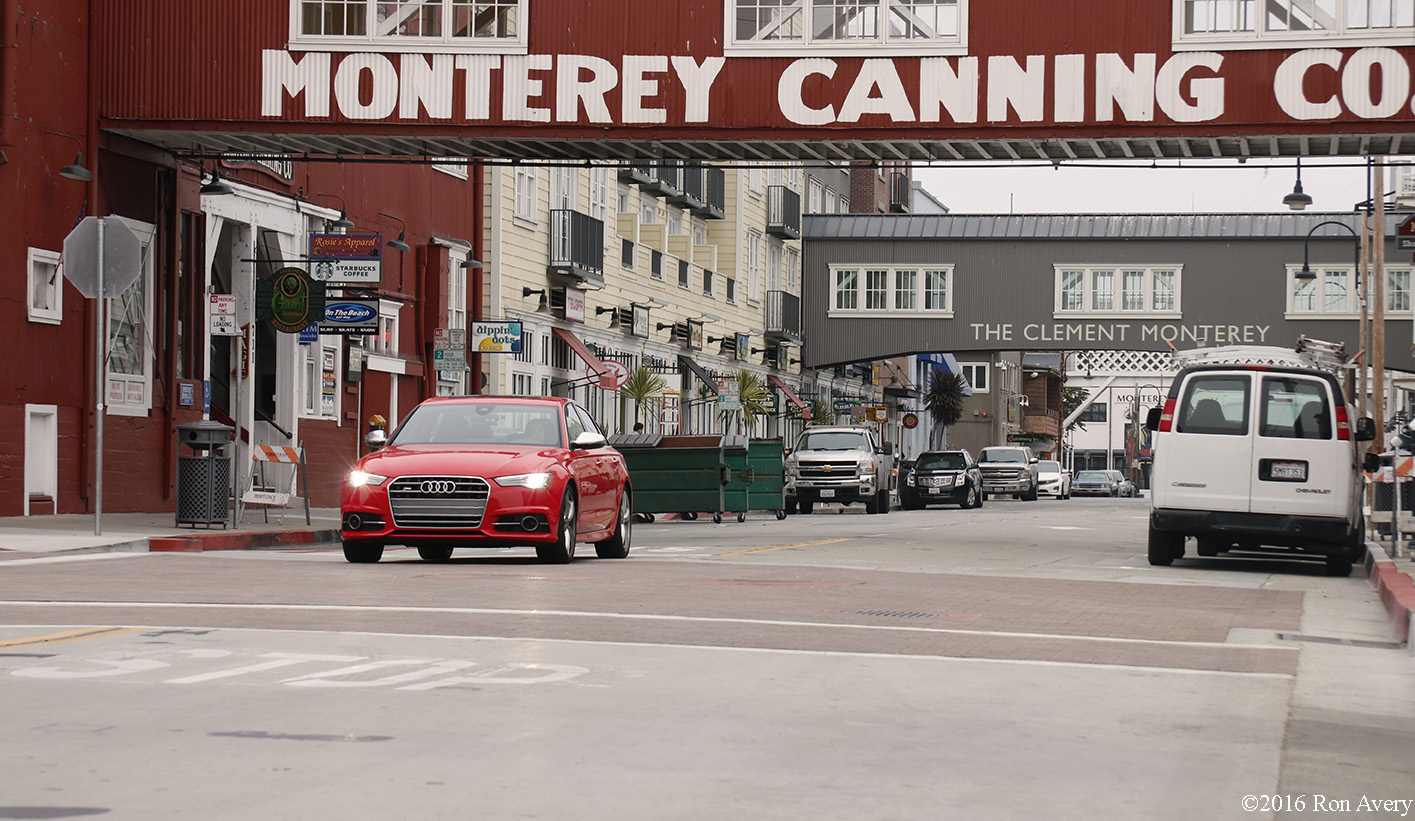