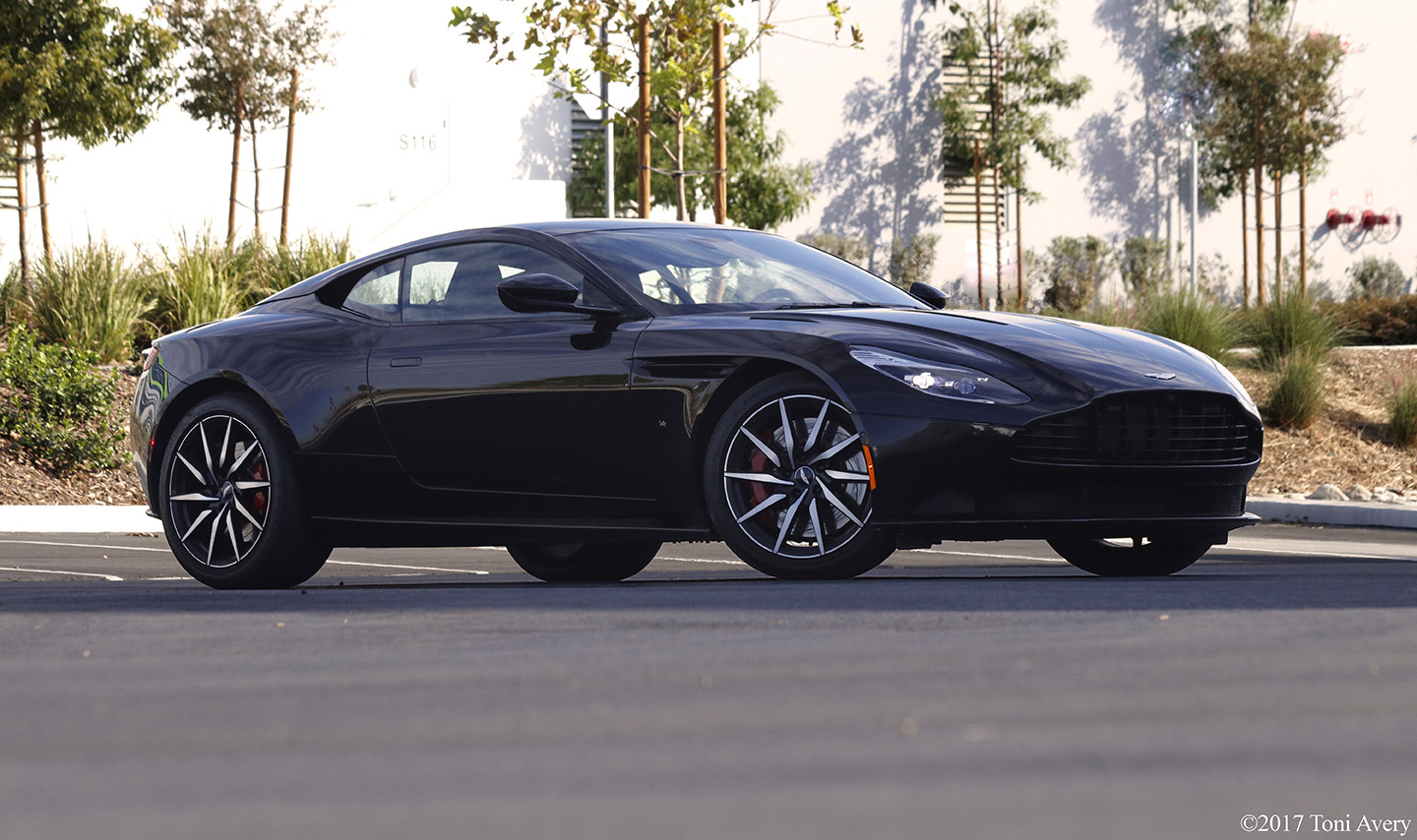 Since my last Aston Martin experience went so well, I had the urge to try another model from the lineup. This time, it would be a whole new animal. A twin-turbocharged V12 GT car to be exact. A bit different from the naturally aspirated V12 sports car I reviewed a couple of months back. But no matter the differences, I knew the car would be stunning inside and out and fun to drive. And I wasn’t wrong.

This Aston Martin is powered by a 5.2 L twin-turbocharged V12 engine producing 600 HP and 516 lb-ft of torque mated to an eight-speed automatic transmission, sprinting from 0-60 MPH in 3.9 seconds.

After my very brief and slightly underwhelming traffic filled drive during Heels and Wheels 2017 in the DB11, I was hoping that my short weekend with the car would change my mind. And it sure did. The car sounds incredible, drives better than you’d expect a heavy GT (about 4100 lbs!) car to, but also has a crap ton of torque down low, which makes it extremely fun to drift, I mean drive. Literally on accident, the first full day I had the car, coming off an off-ramp and the car just goes into a big slide with a touch too much throttle, but it was so fun and completely controllable. 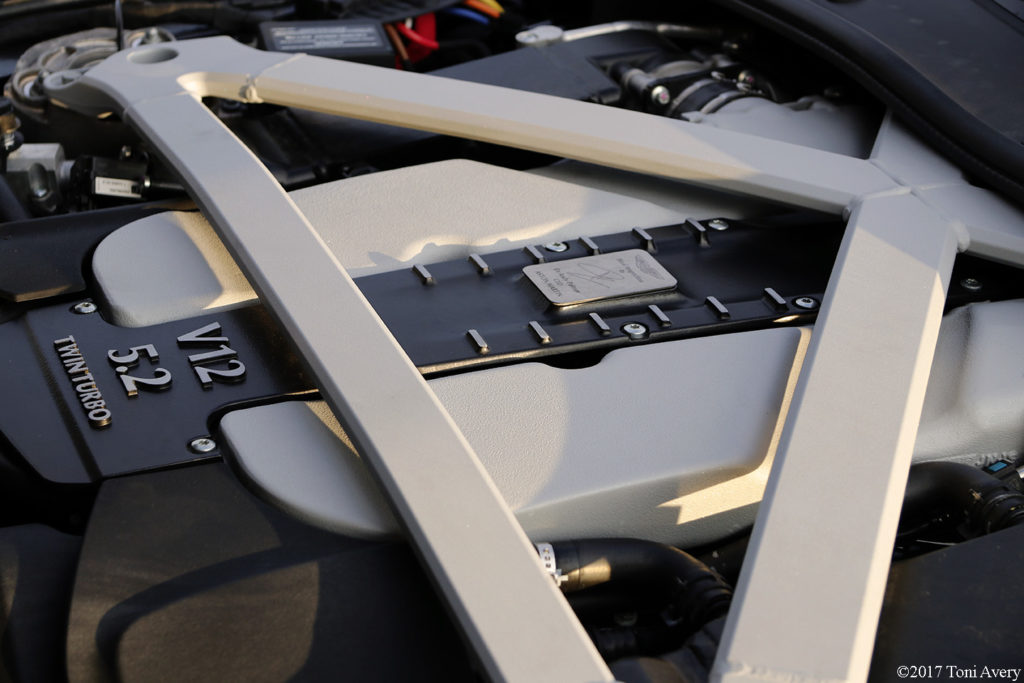 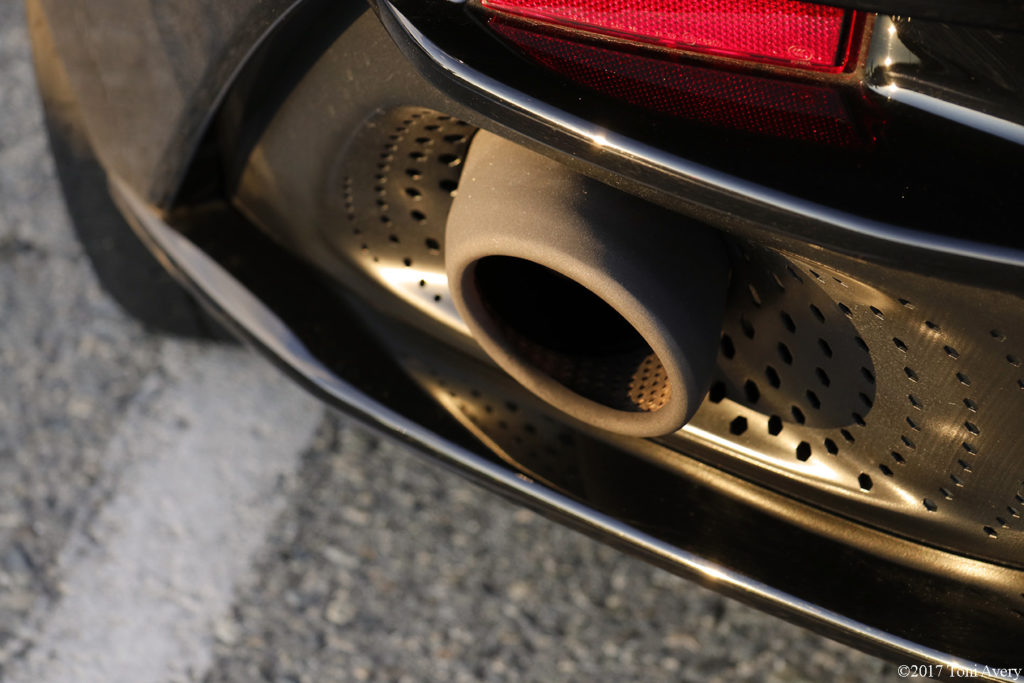 I mostly drove the car in Sport + with the chassis setting also in Sport +, while some of my highway driving was in GT. I went into it expecting to dislike the turbo assisted engine because the NA Vantage engine was just so rewarding. It’s a fantastic engine. Power delivery is aggressive and you forget you’re in a GT car. This was really true during my autocross session in the DB11. I wanted to get a good feel for the handling and tossability of the car and autocross is perfect for that. After my first run, I had to leave the car in third gear because it was just so torquey that the rear tires would spin and I’d be sliding everywhere. Once I had the car under a little more control, my times started going down and the car was actually much more fun on the small course than I expected.

The DB11 feels much quicker than its 3.9 second 0-60 MPH time. Every on-ramp and red light got my heart pumping in excitement to wind it up. The ride quality is what you’d expect from a GT car, even in its firmest Sport + suspension setting. The only letdown, performance wise, is the transmission. The delayed response in up and downshifts was the only real negative of the cars overall performance. The shifts weren’t as precise or satisfying as I would have hoped they would be. While this detracted from the car overall, it didn’t change my desire to drive it till the minute I had to give it back. 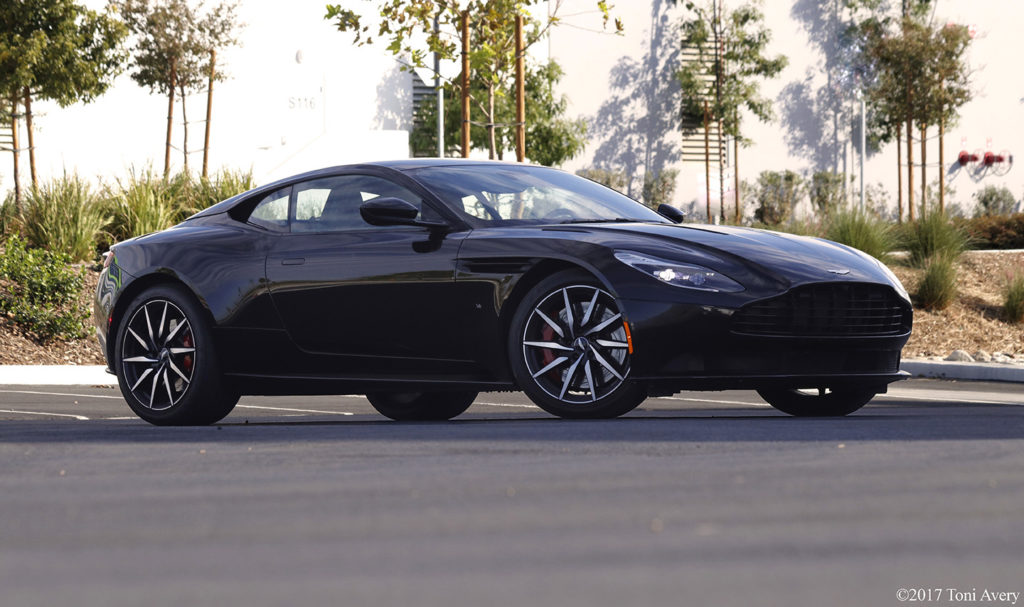 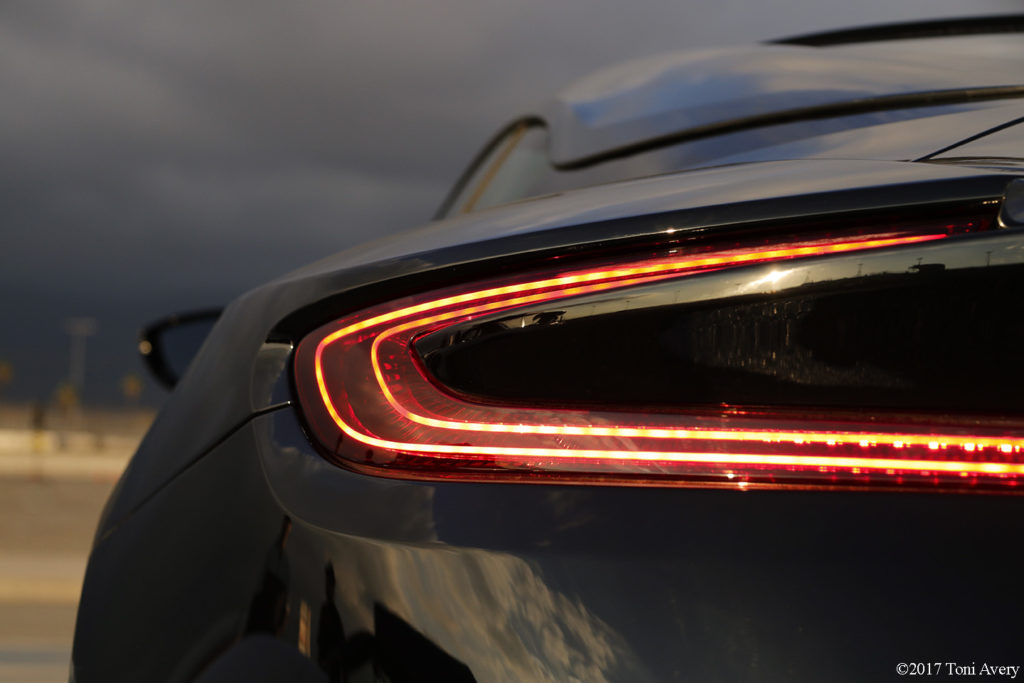 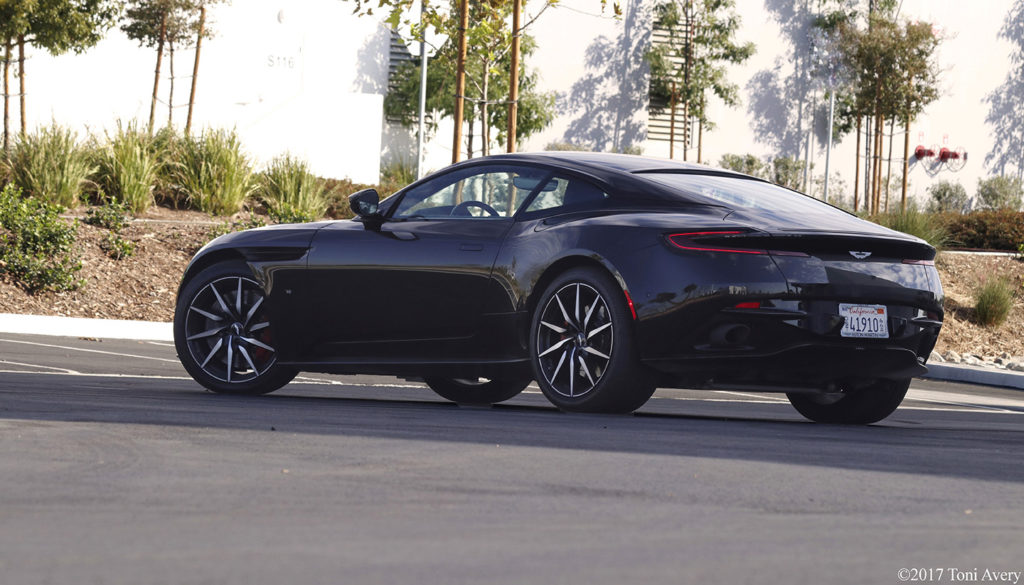 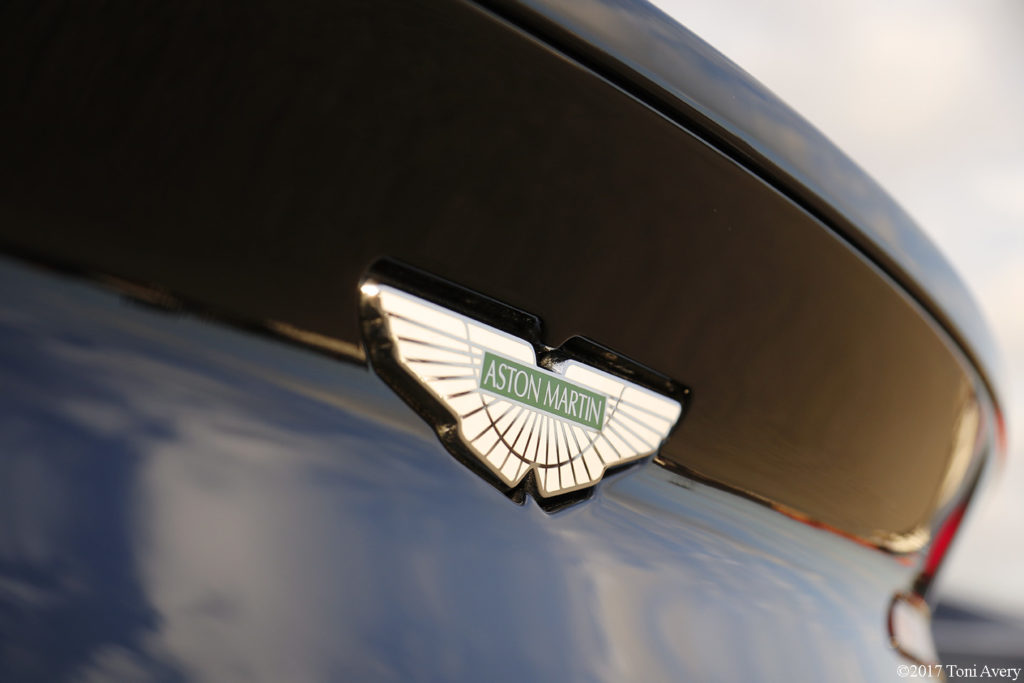 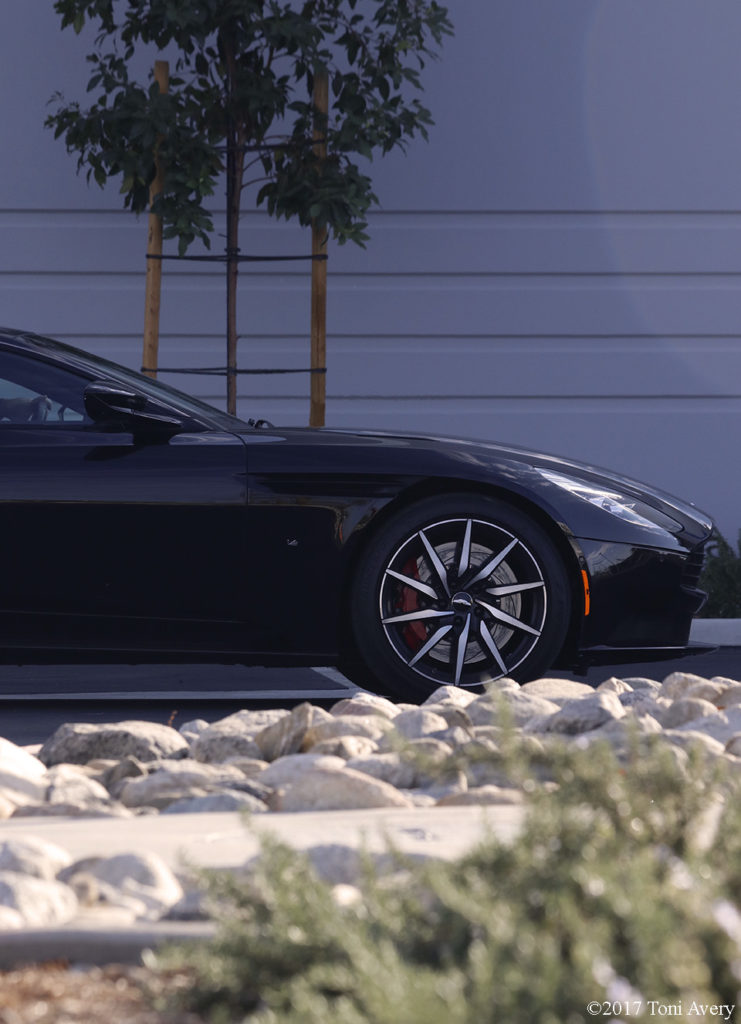 While very different from the Vantage in its appearance, the DB11 is striking in its design. It’s simple yet unique while still featuring a signature Aston Martin look. It’s one of the more interesting looking press cars I’ve had and definitely in the running for top five most attractive. I don’t care what some say about it…”it’s busy,” “that doesn’t look like an Aston…” It’s an Aston Martin and it’s stunning. 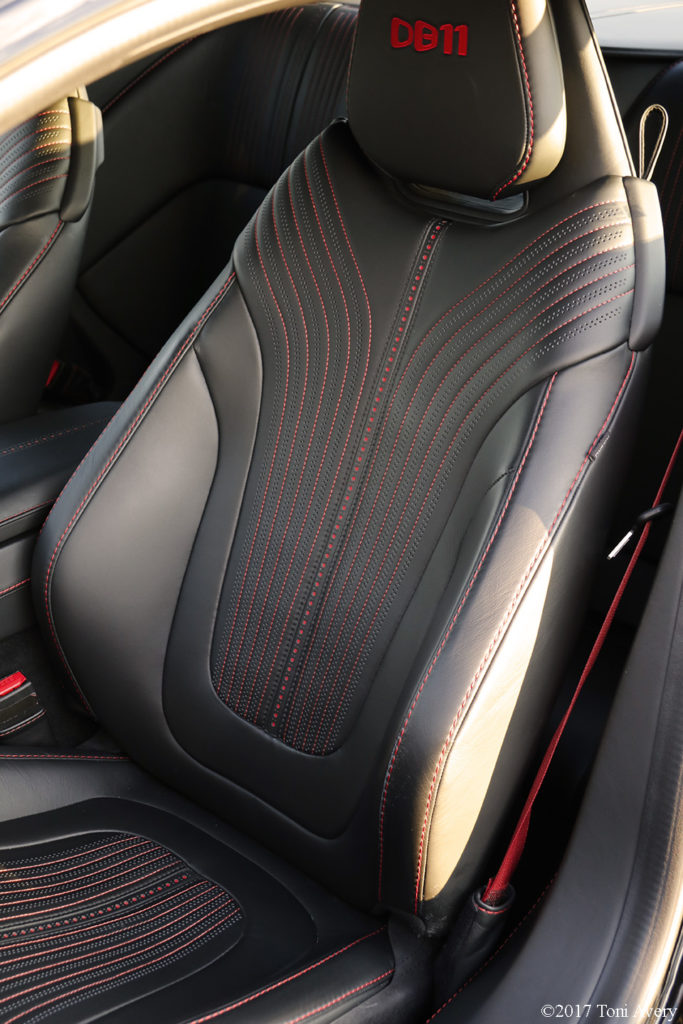 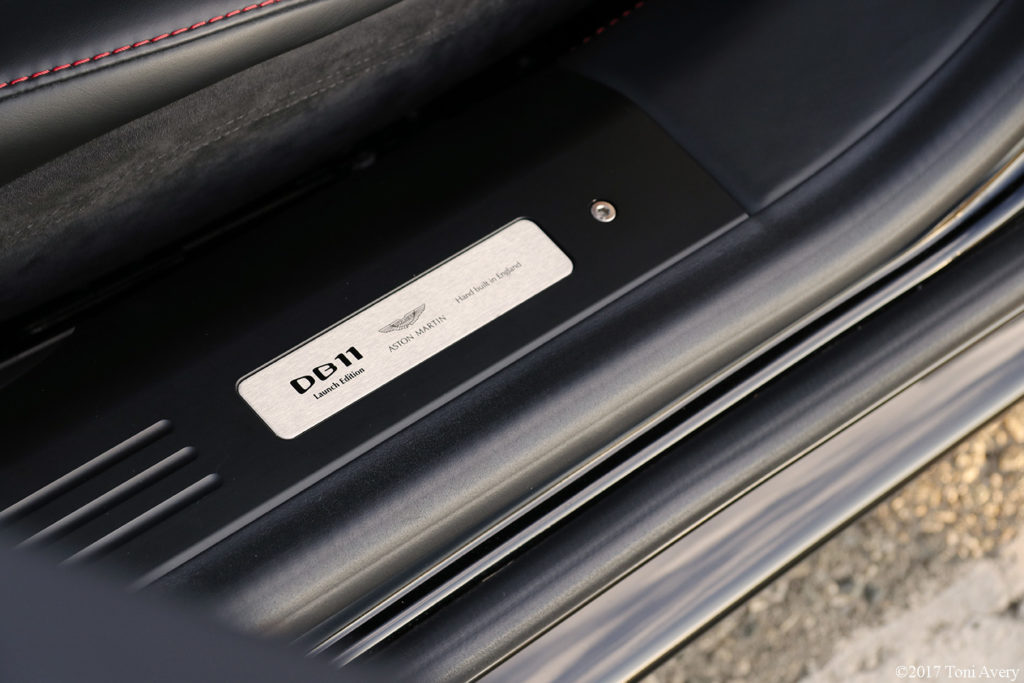 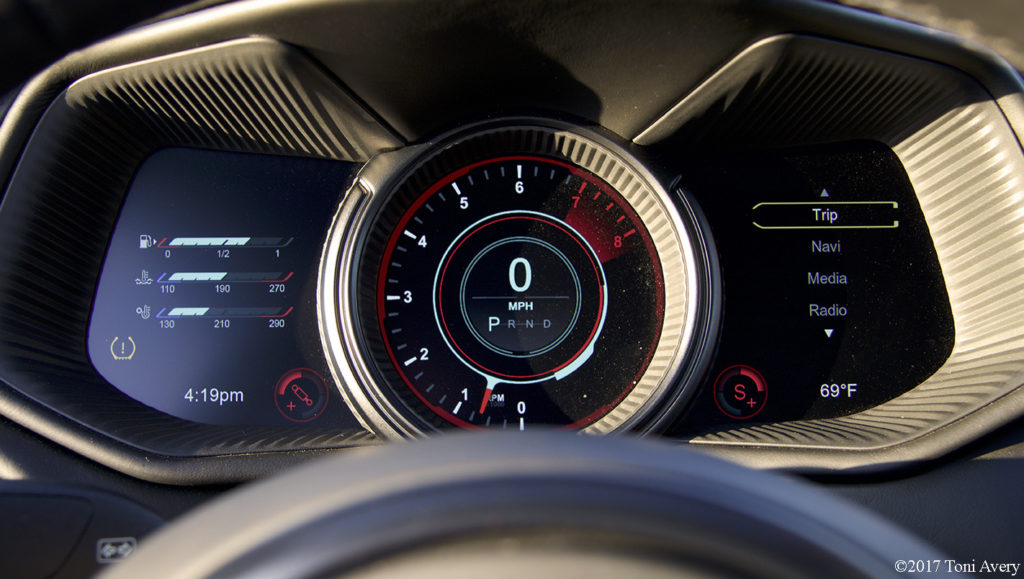 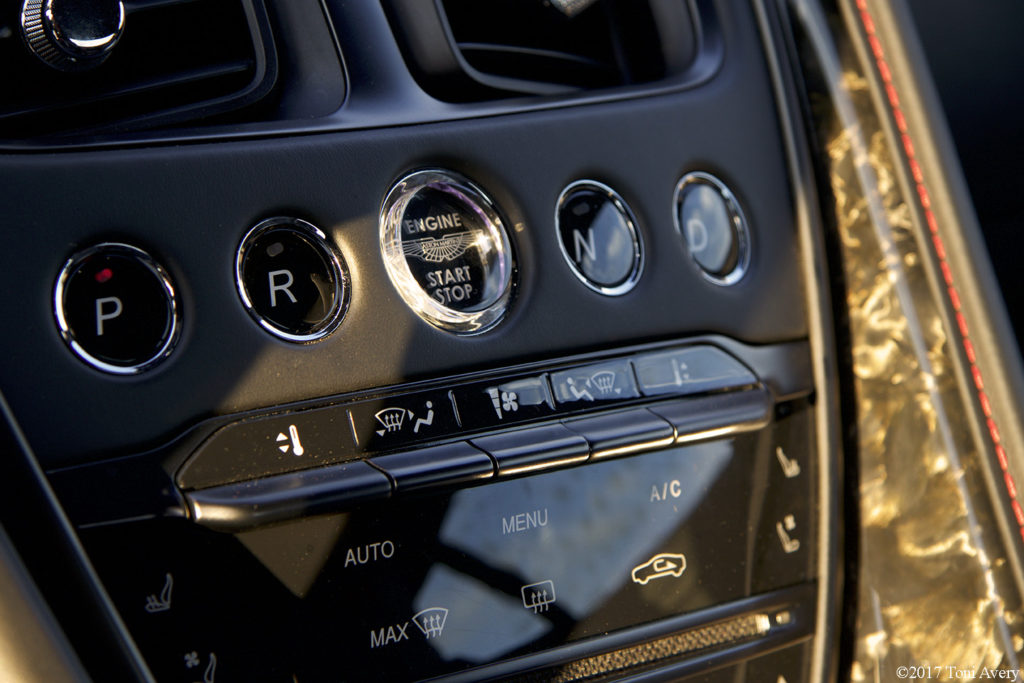 I fell in love with the two-tone deep blue and tan interior of the DB11 I drove at Heels and Wheel, so when I stepped into the all-black interior of my press car, I was slightly disappointed over the lack of color, but the overall look was the same. The finish over every inch of the interior is gorgeous. The seat comfort was excellent and would be perfect for long trips. You feel as though you’ve stepped inside a fine leather shop and the chopped carbon is a nice change from the standard carbon fiber you find in most high-end cars.

While I didn’t use much of the tech other than the drive and suspension modes, the speakers produced nice sound while the infotainment system seemed a bit antiquated. In nerdy tech terms, it was the Android equivalent to the new iPhone X…looks really nice but just seems a bit complicated to use.

GirlsDriveFastToo gives the 2017 Aston Martin DB11 Launch Edition an overall rating of (out of 5 total): 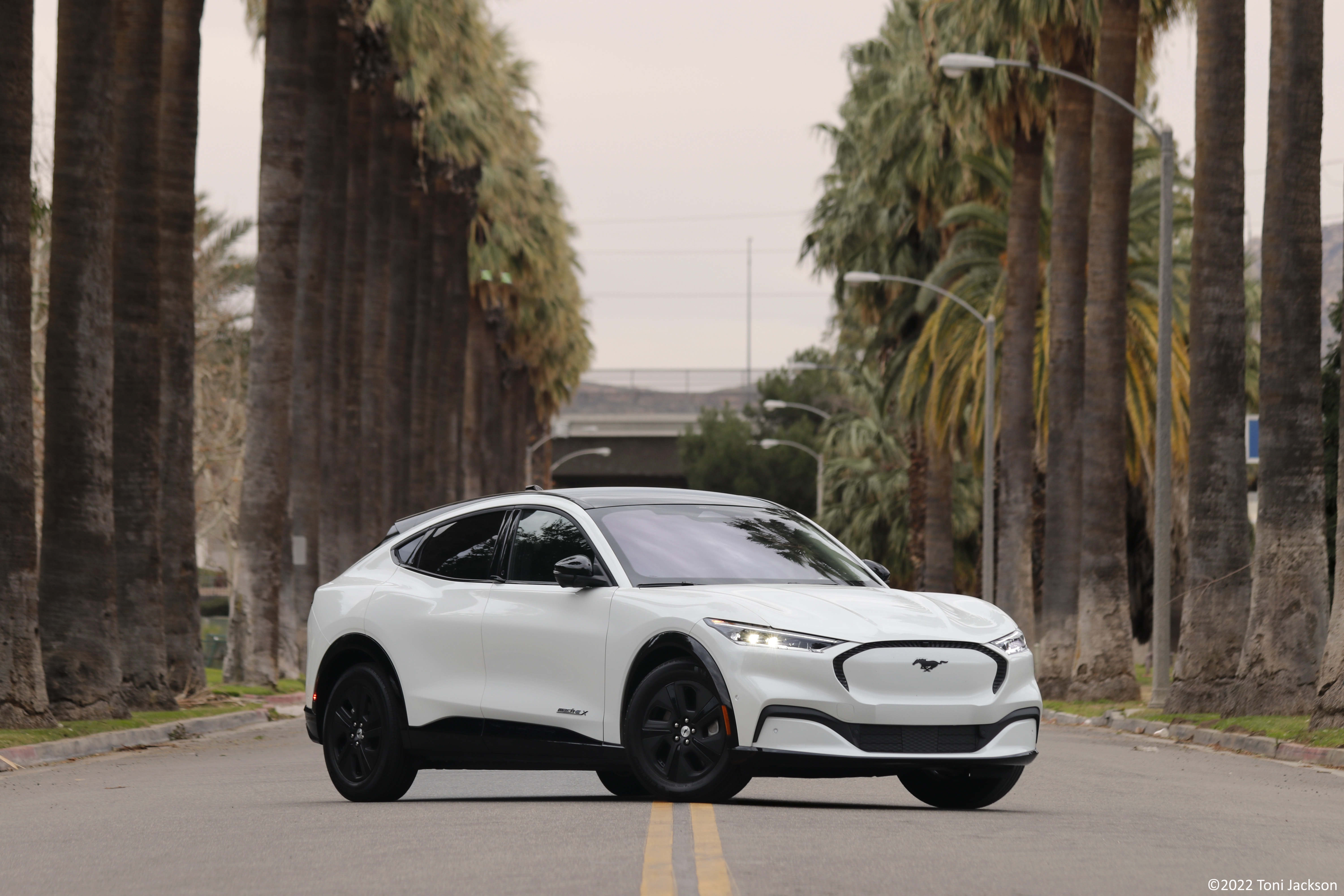 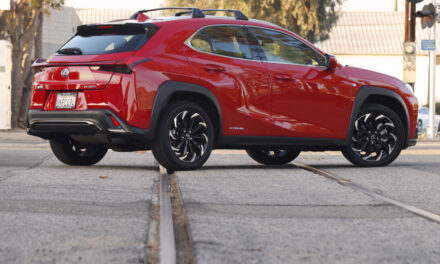 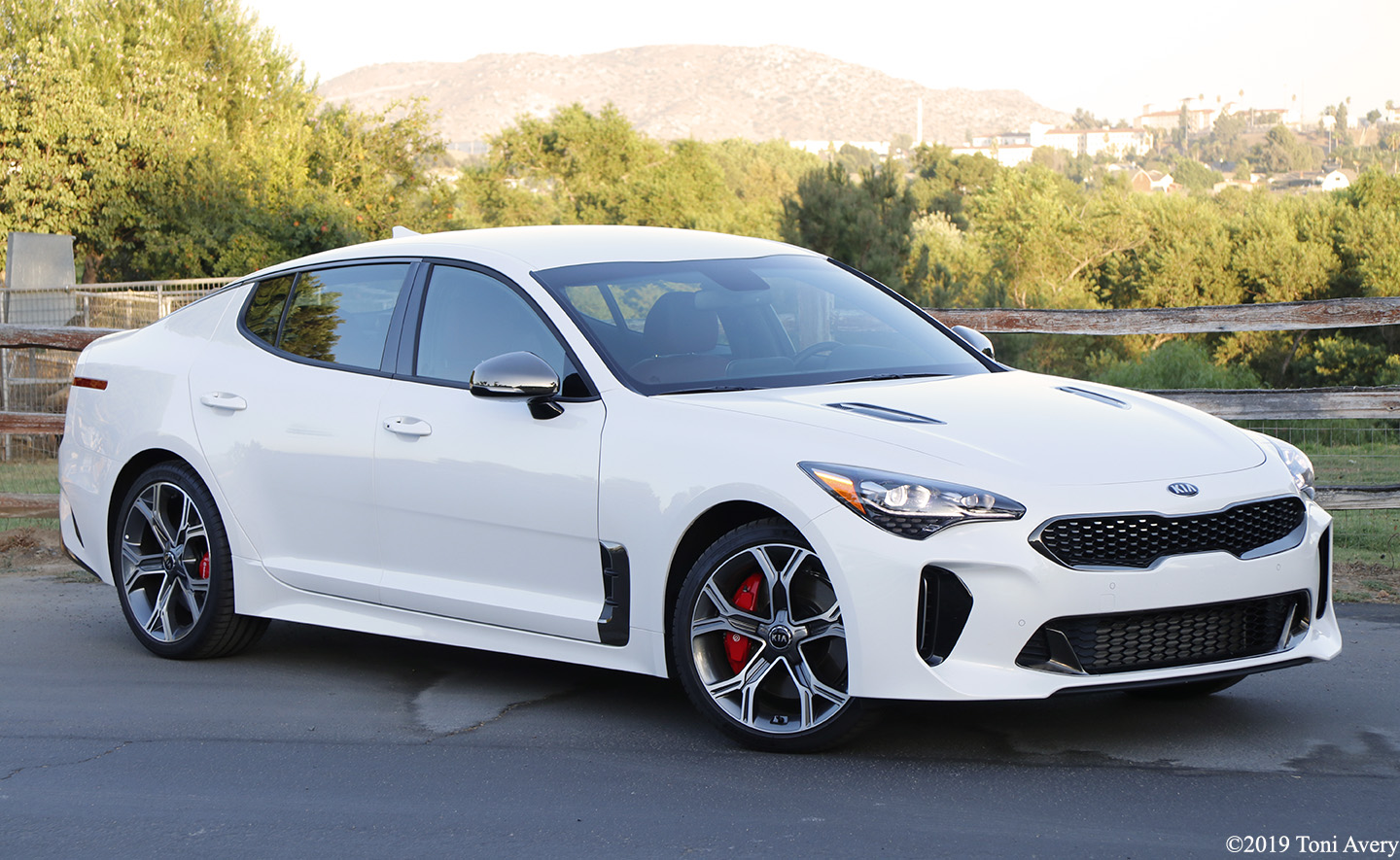