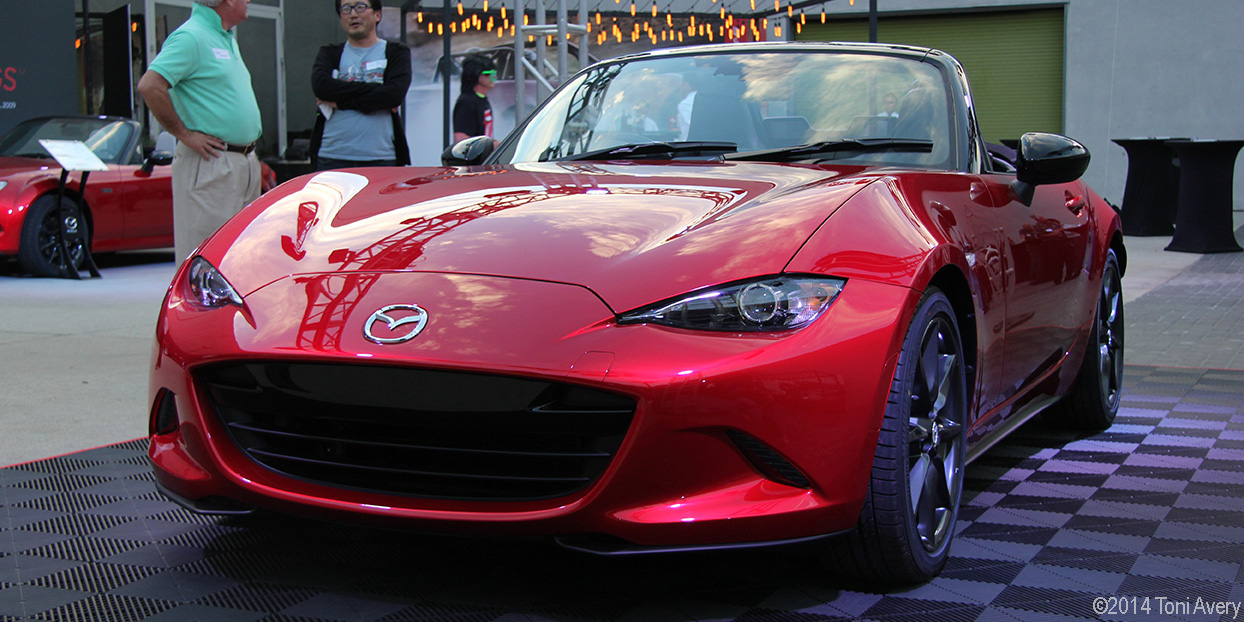 Unless you’ve been living under a rock for the past couple months you’ve probably heard of or at least seen some images of the next gen Miata. Since 2006 when the current generation Miata launched till today, the Miata, or NC as it’s also known, changed very little. Some minor styling changes and conveniences such as a Power-Retractable Hardtop were added.

Ever since official photos of the next gen, or ND, Miata surfaced on the Internet, reaction and interest has skyrocketed. Whether you love or hate the new styling, there’s one thing that’s for sure, the ND has received some much needed and deserved upgrades and styling changes. I’m not saying I don’t love the NC, because I obviously do owning one, but to bring the car into the 21st Century to compete in the ever-changing and evolving automotive design world some changes needed to be made. One of those is the notoriously plastic interior of the current NC gen. The ND checks all the boxes in terms of quality improvements.

The Motor Press Guild invited its members to a special 80’s themed MX-er at Mazda headquarters in Irvine, CA. One of the things that grabbed my attention and made my ‘yes’ RSVP easier was the design walk around that would be given by current Design Director Derek Jenkins.

With my best 80’s style apparel I headed to Mazda headquarters hoping to learn a little more about the next generation Miata.

Mazda displayed some of its prized Miata’s including gorgeous examples of the NA, NB, NC and other show cars. The ND took center stage in the middle of it all. Derek took some time to speak with us eager Miata fans prior to the walk through answering some burning design related queries. I took the opportunity to ask Derek something myself. “Would you sign my glove box?” Sounds dorky right? Well, not when you have the man in front of you that had a hand in some of the important design cues of your car (specifically the Club edition NC’s black roof and mirrors). I was just excited that he actually said yes!

After the walk around of the ND (video below) Derek came to add some more value to my little Club. He liked the mods I did but suggested gloss black emblems rather than the matte black I had chosen. Makes sense. He liked the interior upgrades and sort of chuckled to himself when he saw the ‘wood’ accents. More like plastic made to look like wood. I felt like a little kid watching him permanently sign his name onto the inside of the glove box door. 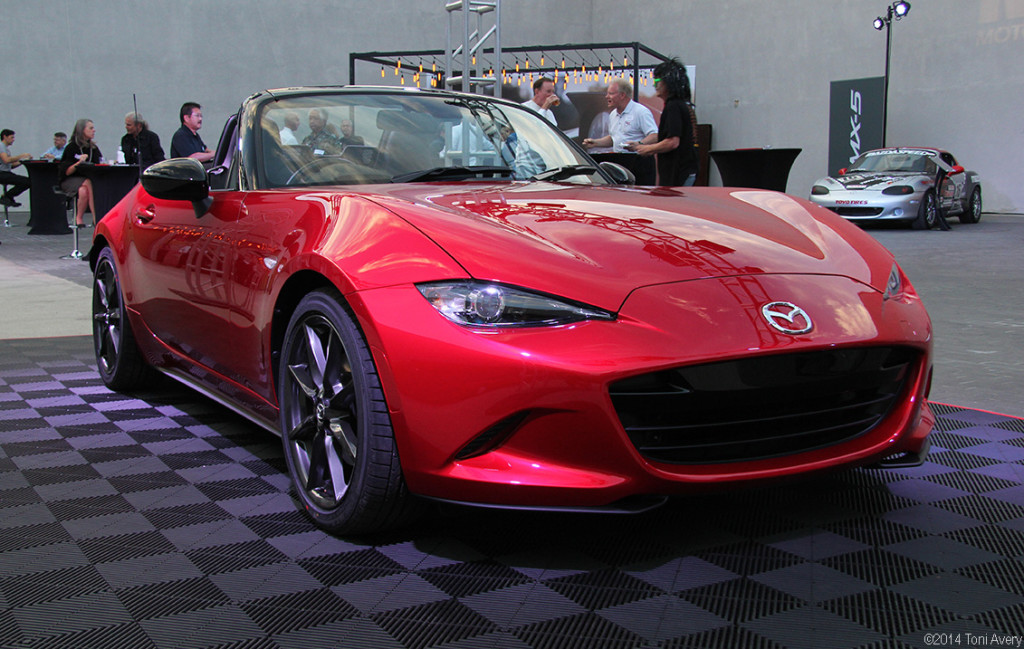 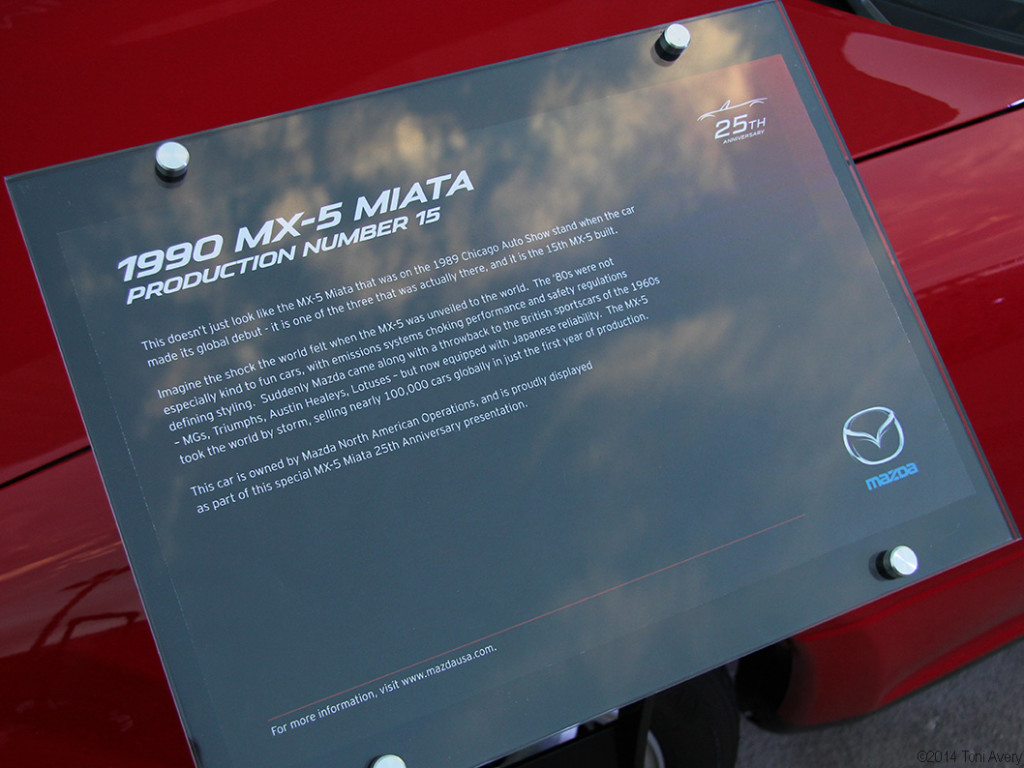 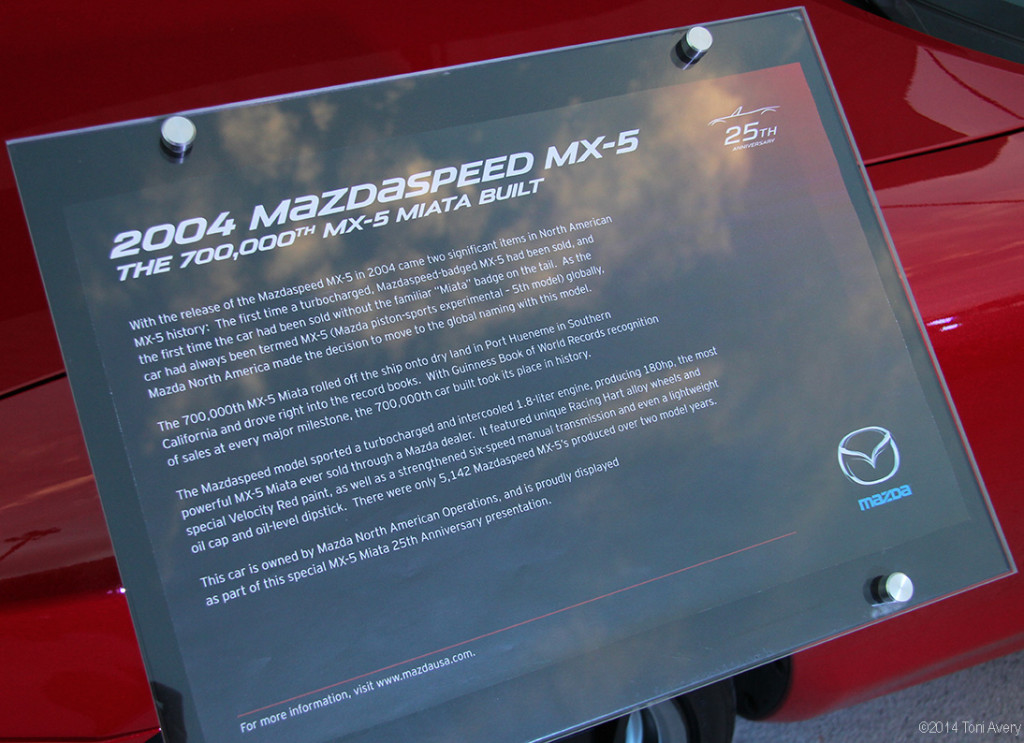 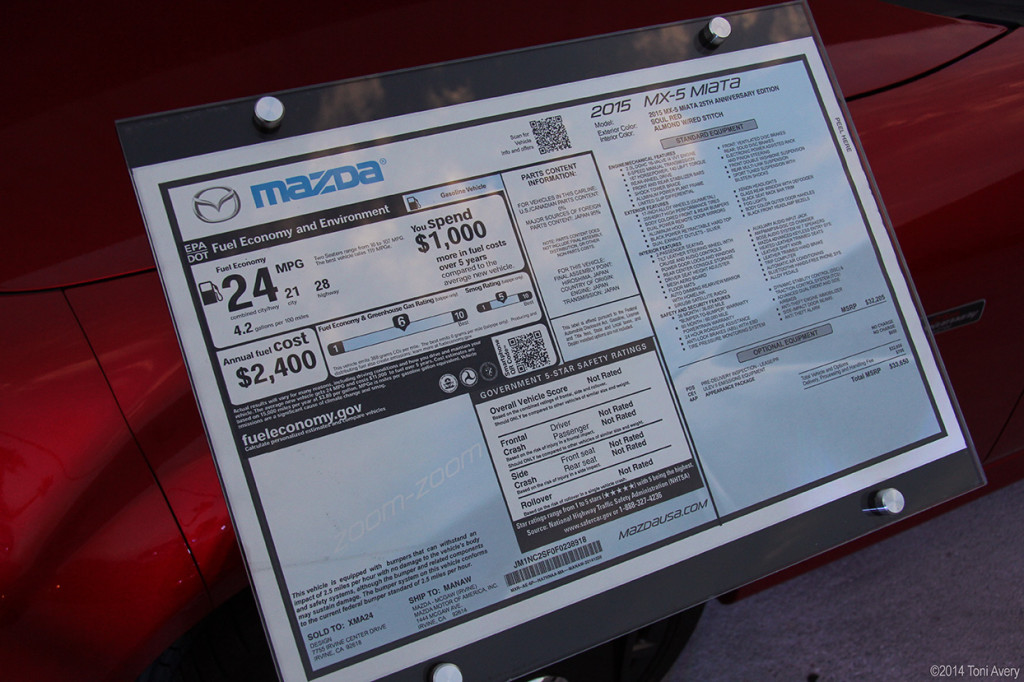 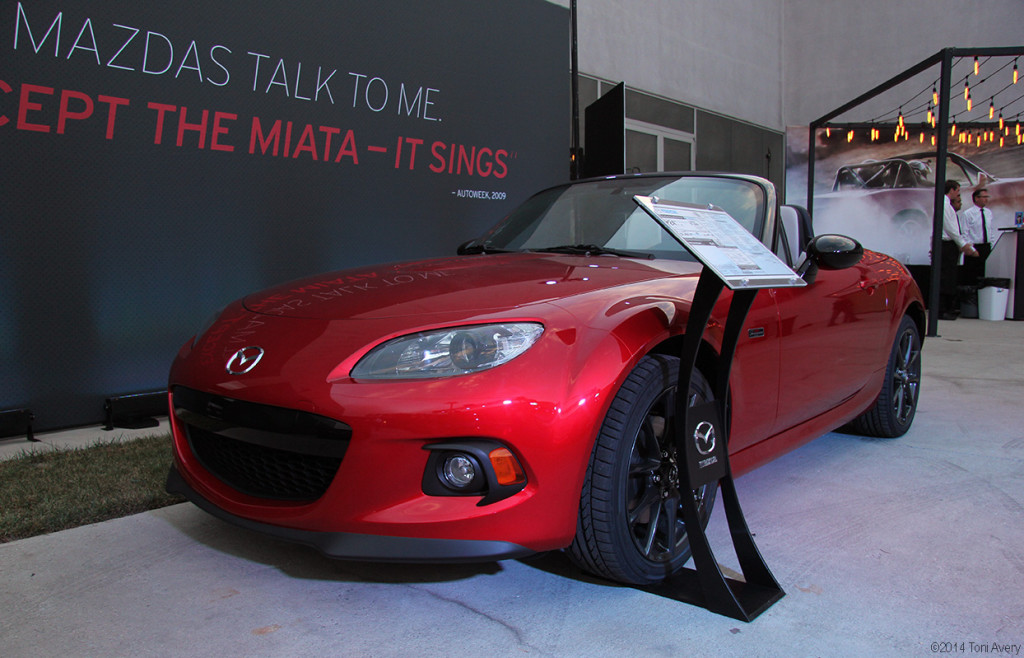 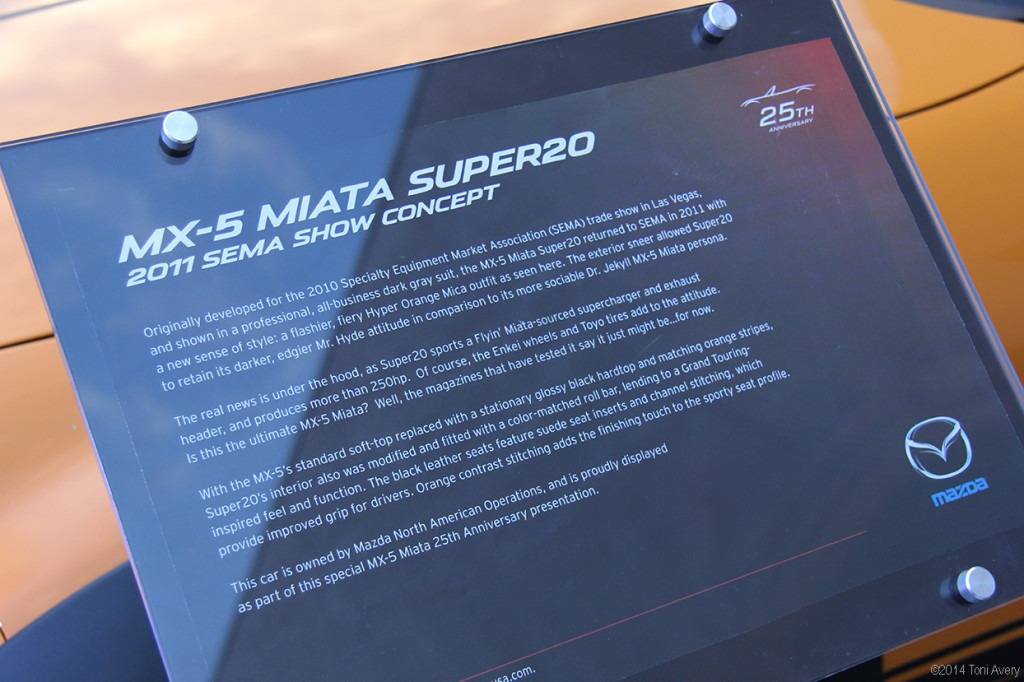 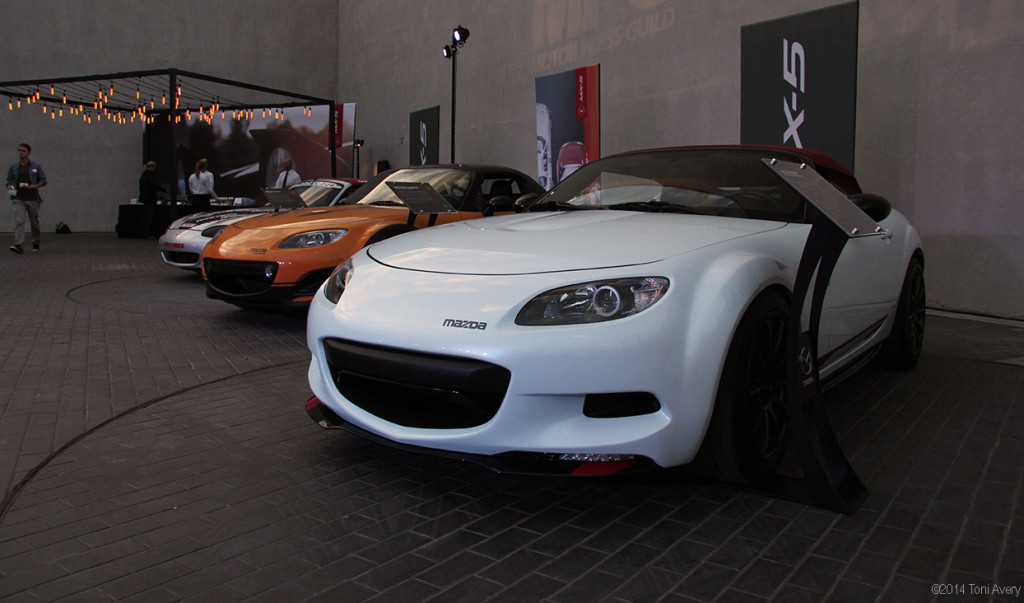 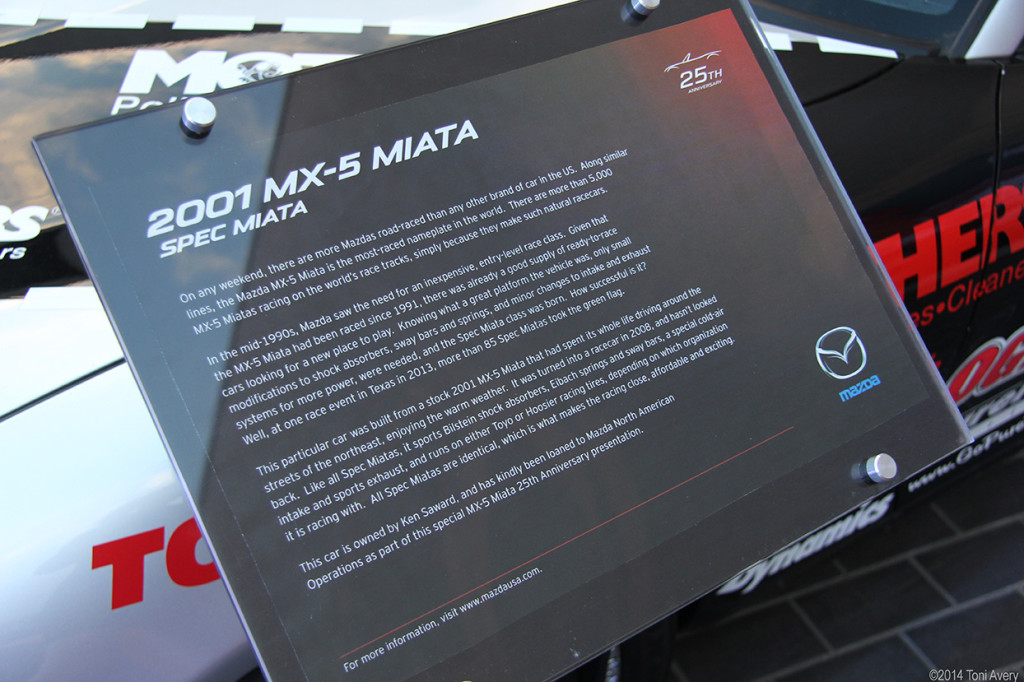 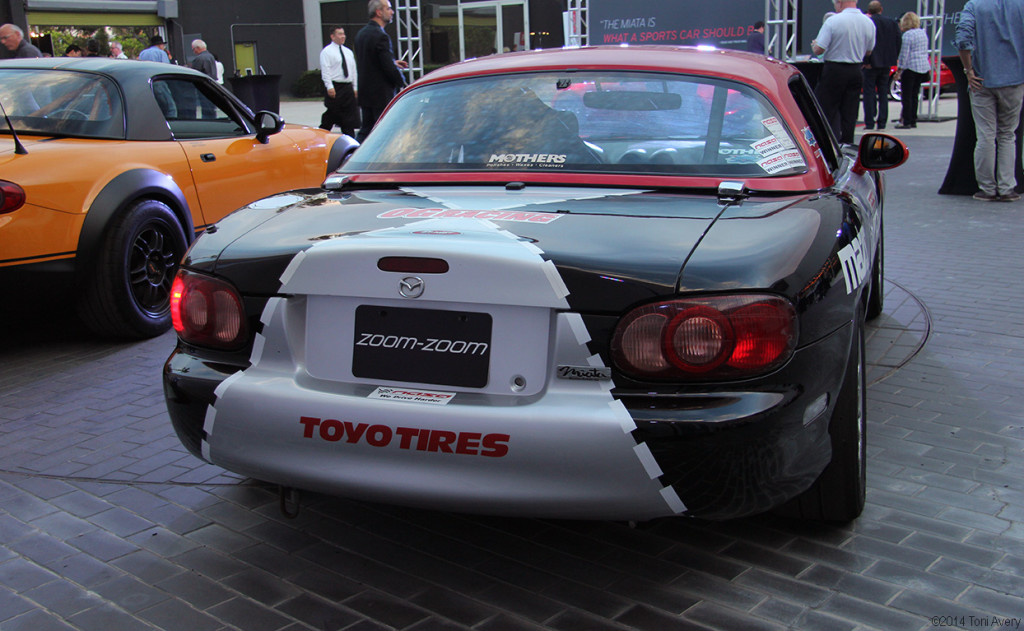 Beyond that, Derek’s just a cool guy and is genuinely a Miata fan, not just based on a design standpoint but also the fact that it’s just an all-around great car.

Below is a quick video of Derek’s design walk around of the 2016 Miata. Enjoy! 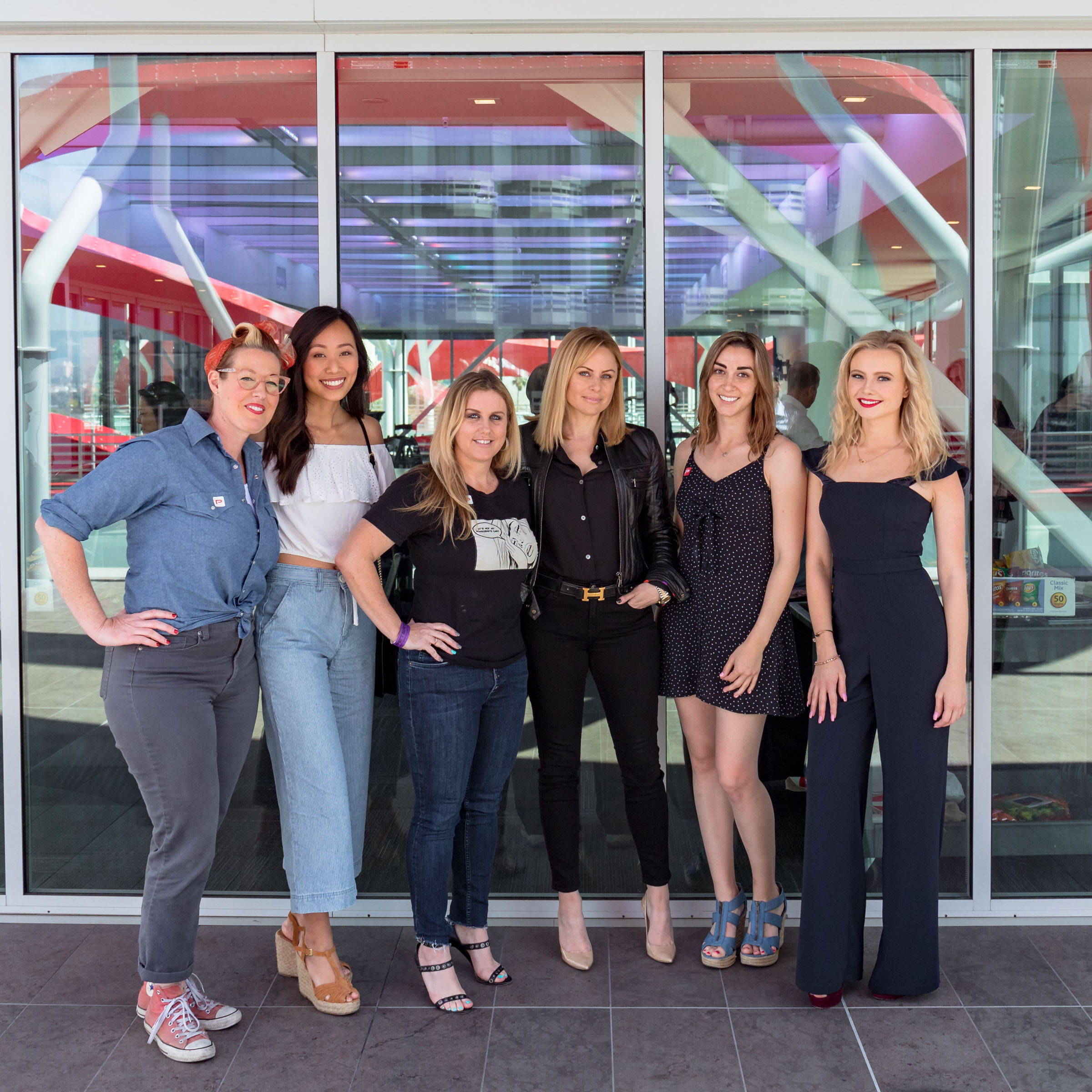 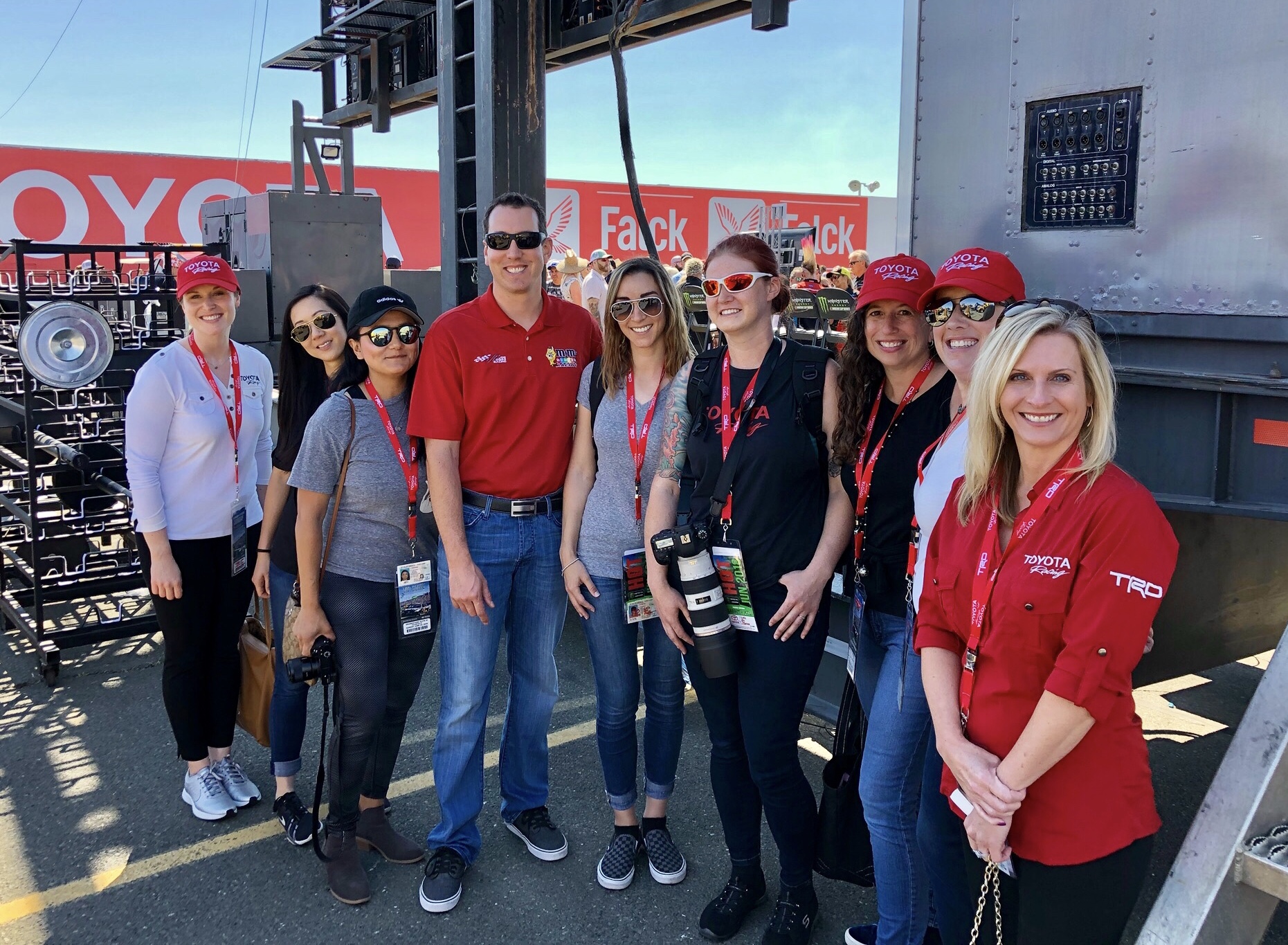