Every so often an opportunity to drive some of the most highly anticipated and admired cars comes up. This is just one of those times. Invited to drive the new Mustang in addition to some other Ford products, I drove the approximately two hours (in rain and LA traffic) to get some much anticipated seat time.

Rain may have deterred some media, but I wasn’t about to let it keep me from trying out some fast ponies. First up was the 2015 Mustang GT Premium finished in Guard Metallic with all the goodies including (but not limited to) Recaro seats, 19” premium painted aluminum wheels, GT Performance Package, navigation and much more.

Following the pre-selected driving route I was able to get some street driving, freeway and slower neighborhood driving. As you can see in the below video (GT first then Ecoboost), going up the onramp, the GT is super quick with a whole lot of muscle under that seriously good-looking hood. It was comfortable while on the freeway at high-speeds with manageable exhaust and engine noise.

The Performance Package is meant to give the Mustang a more sporty and stiff ride and from the little time I was behind the wheel, stiffened it was. Having that much power under the hood, you need a more planted feeling ride, not a soft cloud-like experience. No one buys a Mustang to not feel the road or hear any noise from the outside. Braking in the GT took some getting used to due to the Brembo 6-piston front brake calipers with large rotors. 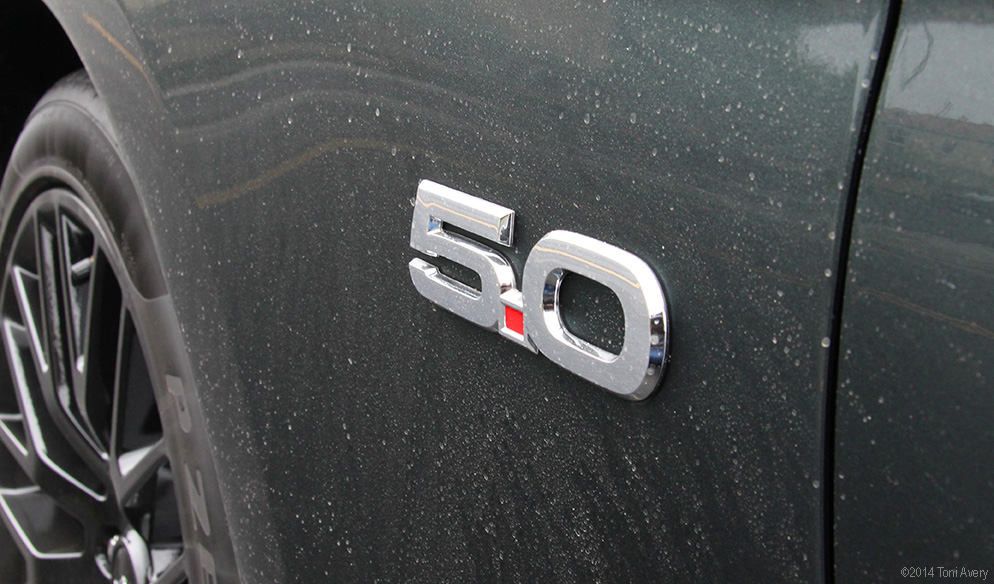 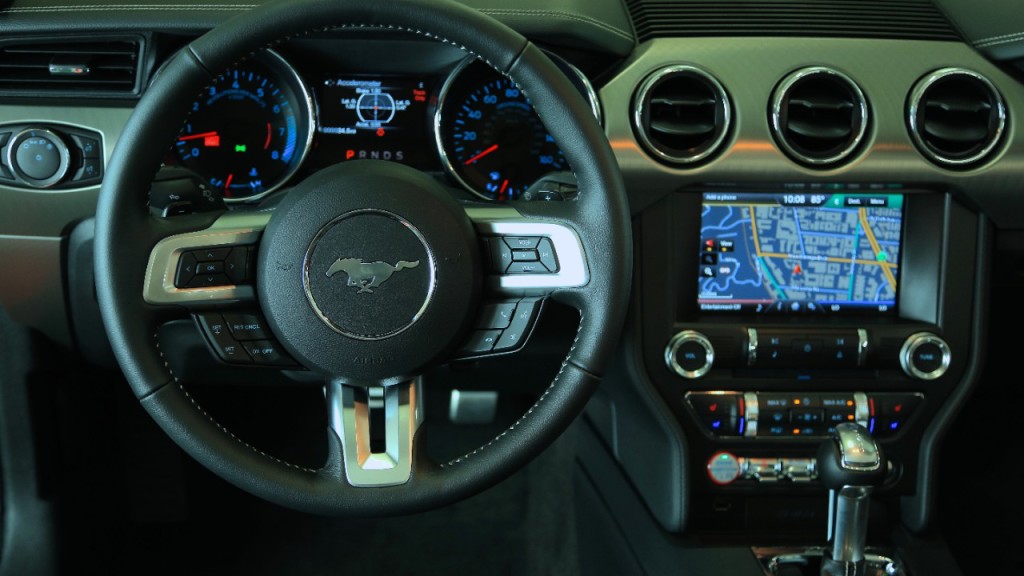 Coming back from my drive and photo session with the GT I took the wheel of Race Red Premium Ecoboost model also outfitted with Recaro seats, 20” bright machined aluminum wheels, voice activated navigation and much more.

You would think going from the GT Mustang with a 5.0 L V8 to a 2.3 L 4-cylinder would be all kinds of disappointing….well, think again. I actually really enjoyed the Ecoboost Premium thanks to it’s slightly lighter front end (due to engine size reduction) and just all around peppy feel. The Ecoboost feels, to me, a more street oriented daily driver. For the car guy/gal that wants a fun, attractive, quick and technology packed car without feeling like a track monster will emerge at any moment. 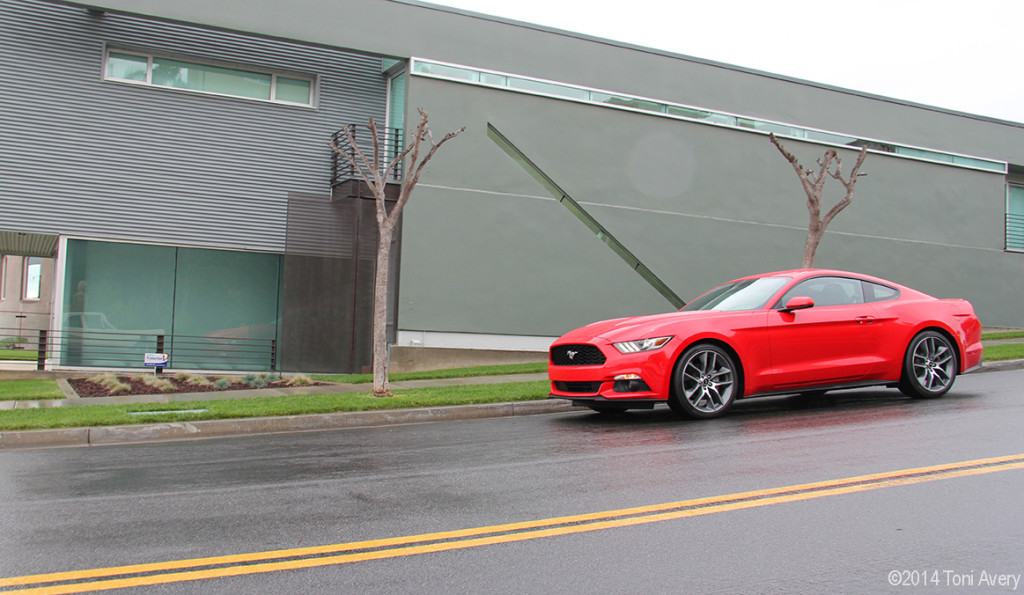 I’ve been reading and hearing great things about the Ecoboost, but had to feel it to believe it and I sure believe it. After parking the car I said to the Ford guys and other journalists that I was thinking the entire time I was driving the Ecoboost, what could I get for trade-in on my Miata? 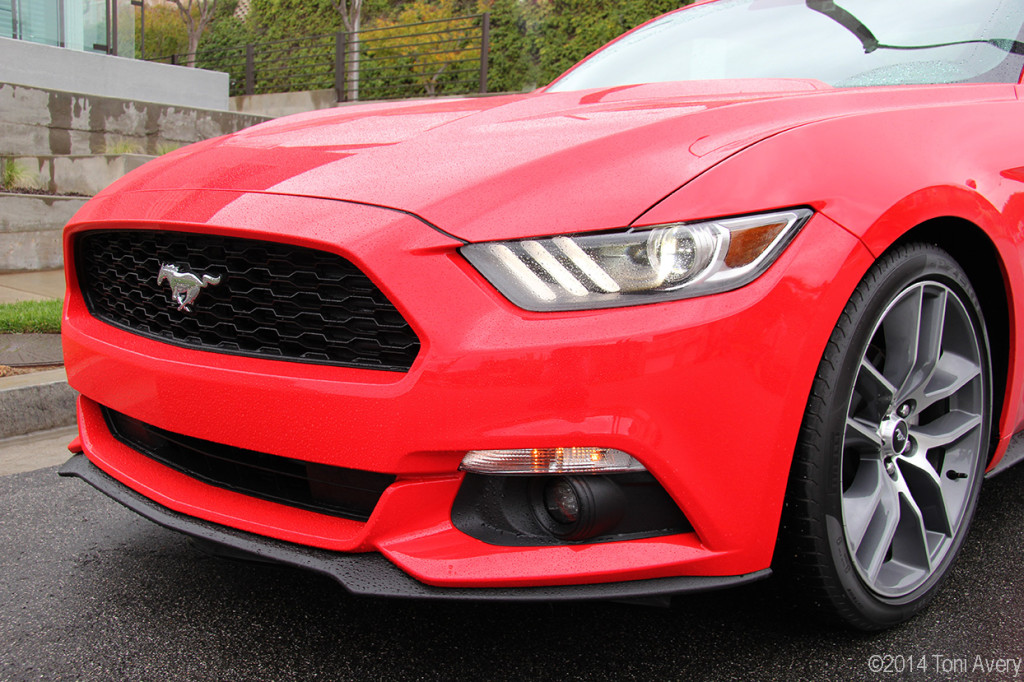 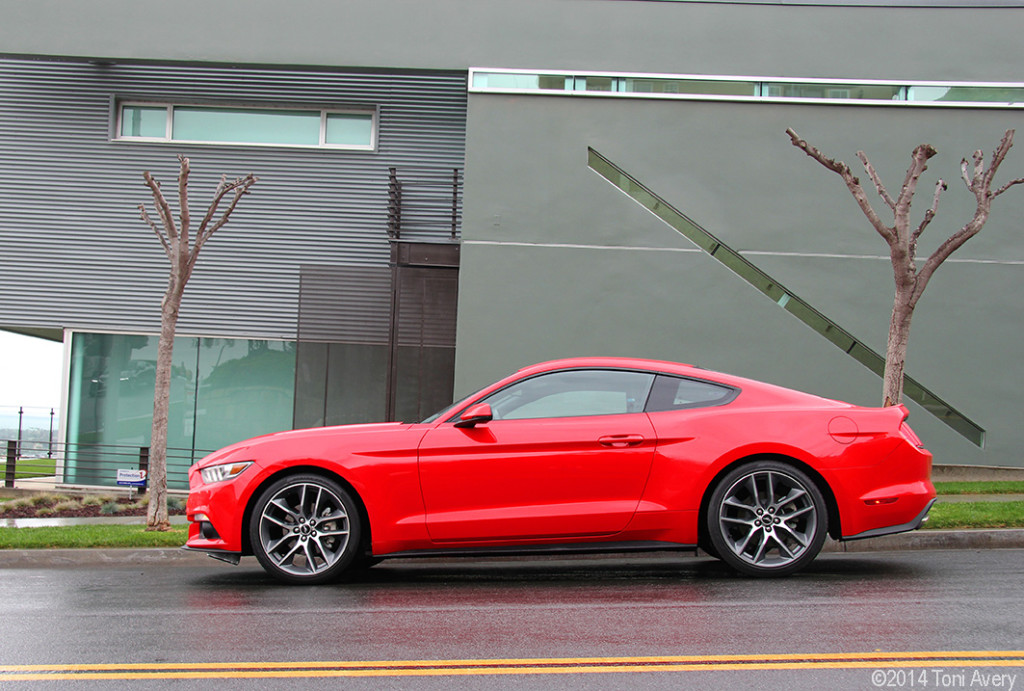 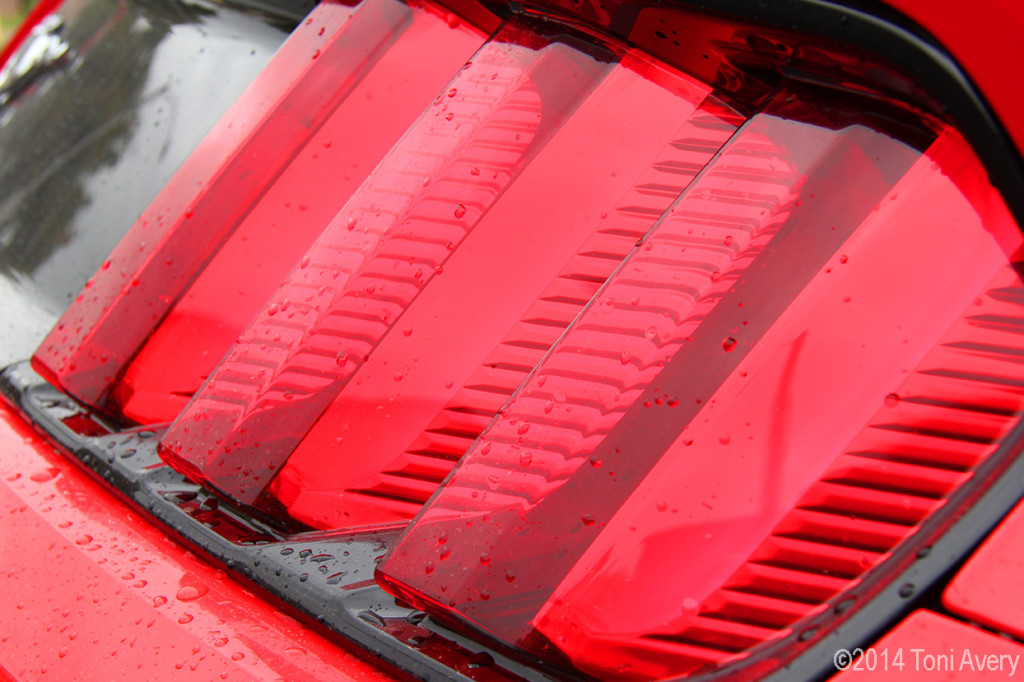 I determined that in order to make this a well-rounded article that I should at least try the automatic Mustang even if just for a quick romp down the street. That’s all it took for me to want my right hand and left foot back in action. It was a nice drive, but that’s about all I can say about it. The shifts came early, for better fuel economy, which made the engine noise minimal at best. If you can only drive an auto for whatever reason, fine, but before going out and buying one on a Mustang consider learning how to shift. It’s way more fun! 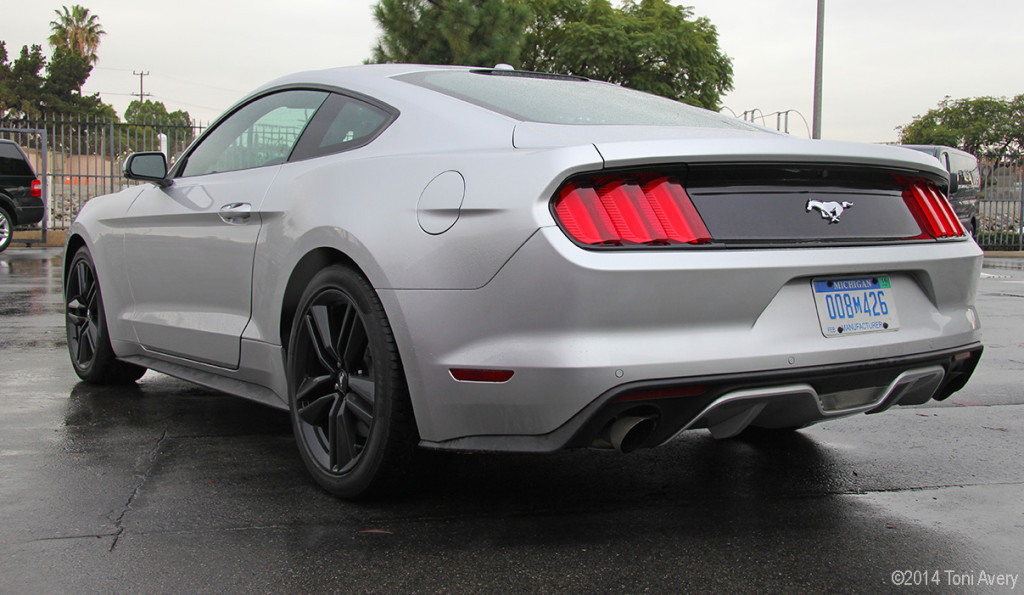 Going along with the while-you’re-at-it syndrome, I figured why not give the best-selling vehicle in America a try. The F150 Lariat Supercab 4×2 2.7 L Ecoboost took me by surprise! It’s smooth ride, comfortable and high-end cabin made the ultra-tall ride quite pleasant. It was so quiet inside, I almost forgot I was driving something so heavy duty. Thanks to the 2015 F150s all-aluminum body, I took a quick glance at the MPG and couldn’t help but be a little shocked that it was better than the Mustang (for the purposes of this test). I even attempted several U-turns to see just how good the F150s turn radius was, and wow! My eyes have now been opened to the world of trucks. 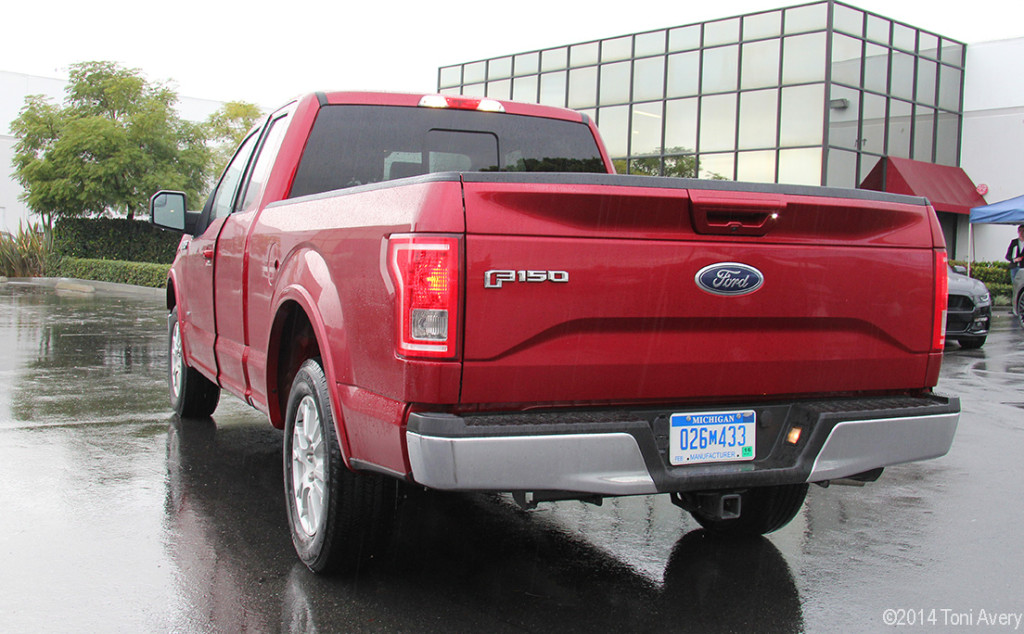 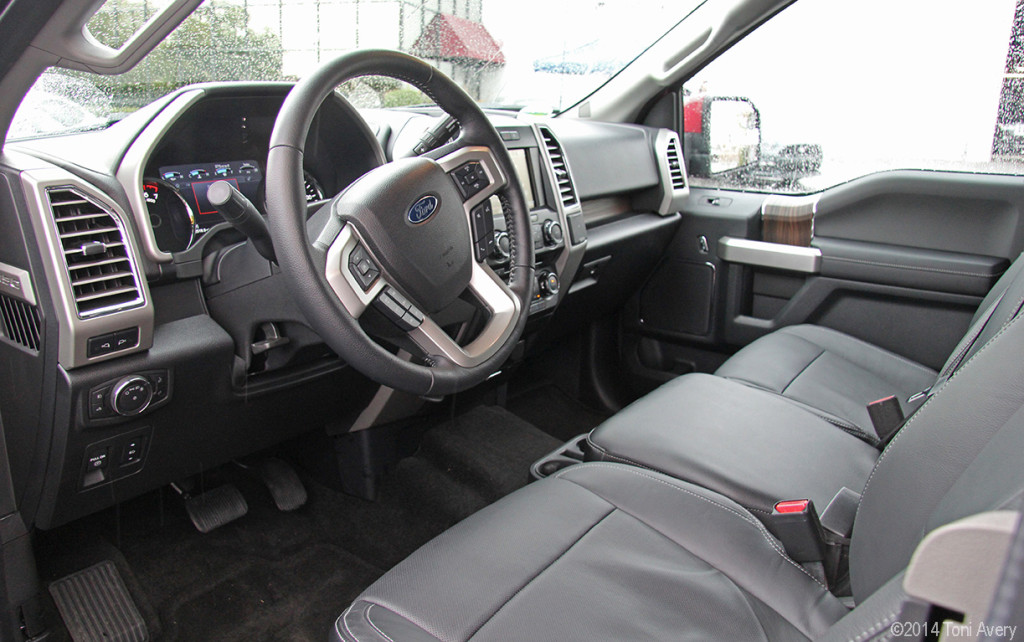 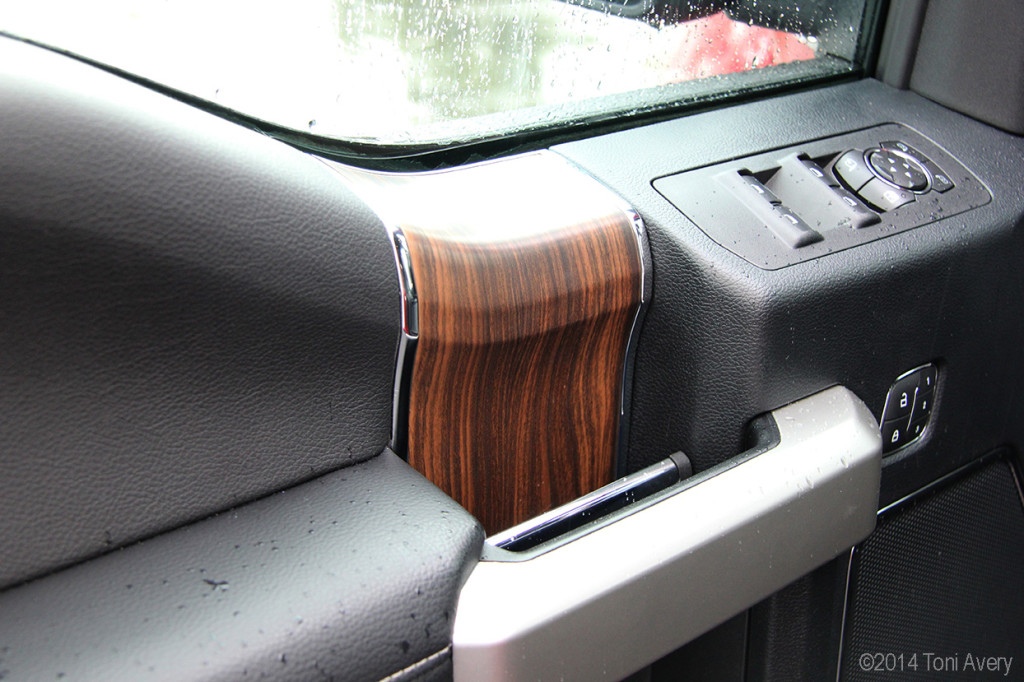