“Holy crap!” Those were the first words out of my mouth when Mr. Martin of Full Scale Hot Rods & Customs pressed hard on the accelerator of this 447 HP supercharged beast. This may be unlike any other classic I’ve showcased on my website before. The owner and builder spent several painstaking years building up, and out, this previous customer abandoned wagon.

After getting a head spinning demo ride from the owner and builder, Mr. Martin, it was now my turn to take the wheel. Starting procedures are just like any other modern car; turn the key and go. Pedal placement is a little different than I’m used to with an angled setup at the center stack of the car.

While the car feels just about as heavy as it is (4,000+ lbs), it’s incredibly quick. Throw you back in your seat quick. While Mr. Martin doesn’t have an exact 0-60mph time, I would estimate the wagon is probably getting to 60 MPH in under 5-seconds, probably in the mid 4s.

It also sounds significantly meaner than its outward appearance. At times even resembling the distinct rumblings of a Harley Davidson. The exhaust system gets its sounds thanks to Magnaflow mufflers. 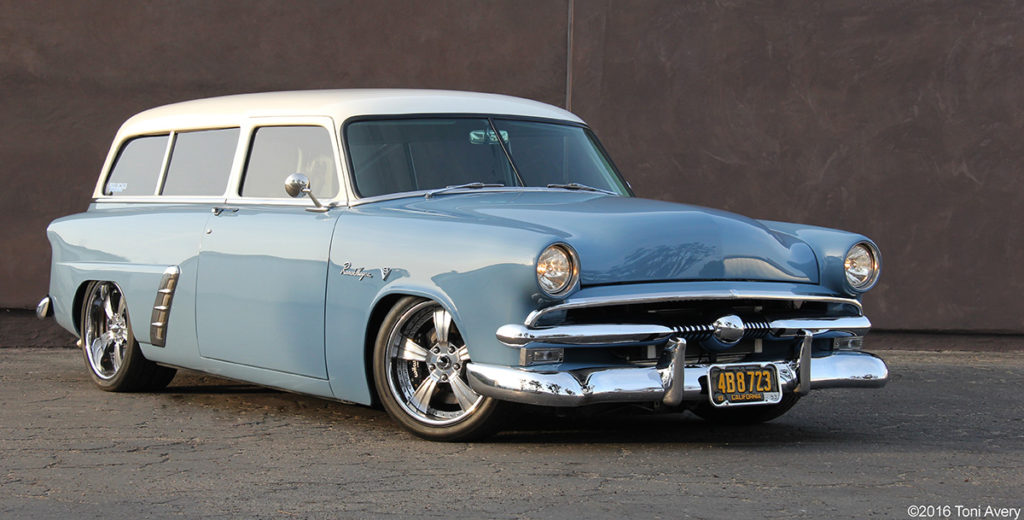 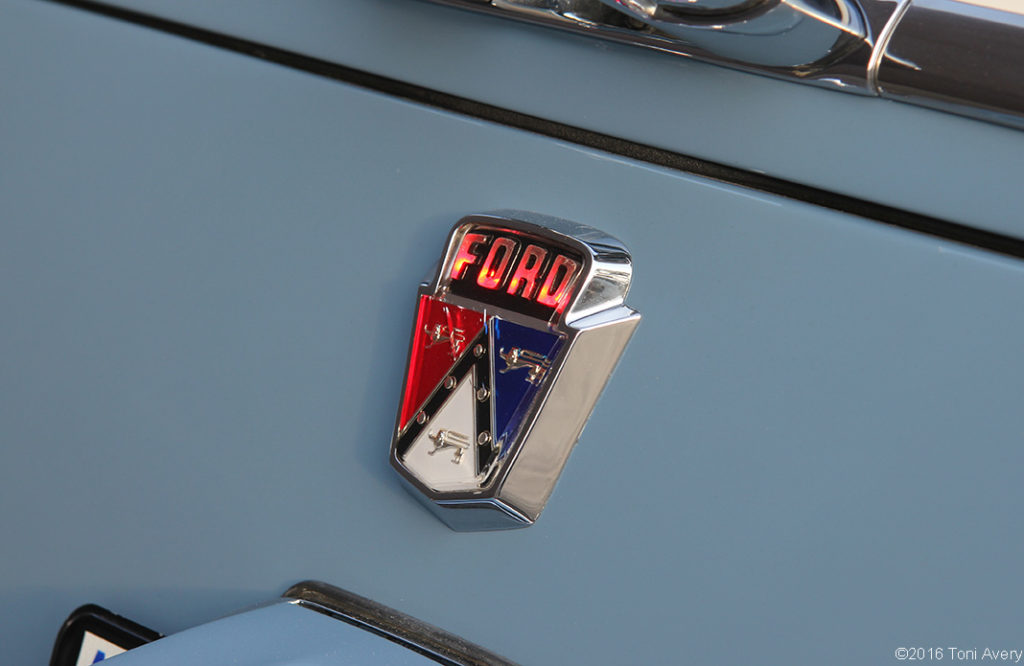 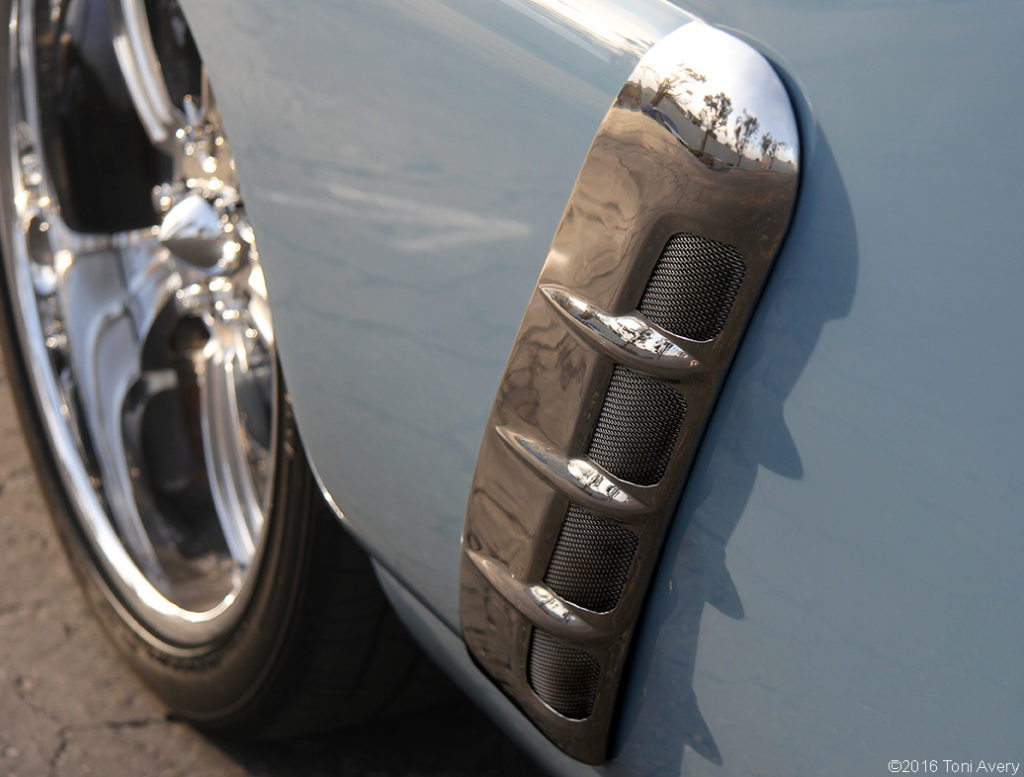 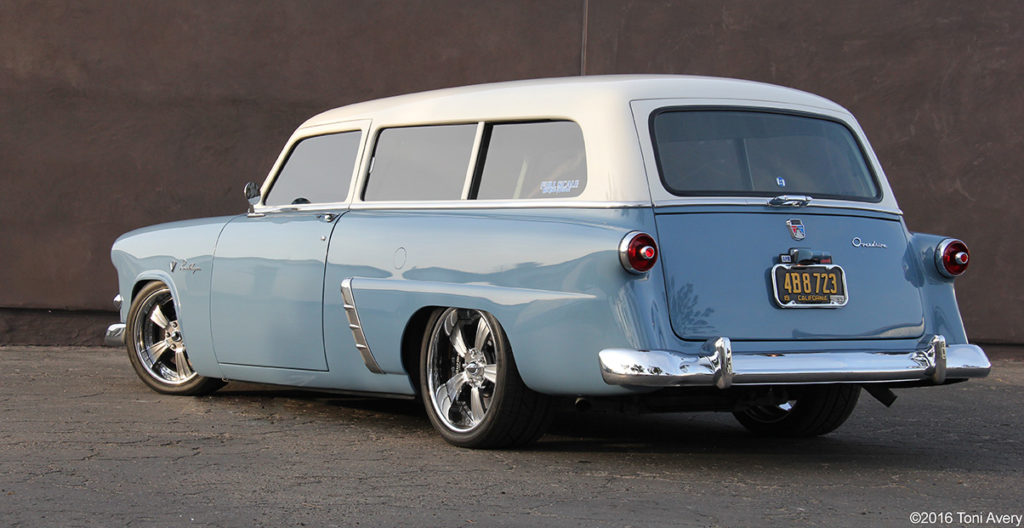 Shifting in the wagon is definitely error free thanks to the T-56 six-speed transaxle, helping to further modernize this vintage wagon. It feels somewhat close to the 2015 Camaro press car I had, but less clunky.

Because this wagon has been so modernized, it comes as no surprise that it handles like you’d expect a 4,000+ lb. car would. Sure it feels heavy, but thanks to all the modern conveniences it goes where you point it and turns without fighting you.

Thanks to Wilwood disc brakes all around, this wagon stops like any other modern car on the road. With the intention of making this a car Mr. Martin could drive anywhere, modern conveniences are implemented everywhere from the brakes, to power seats, infotainment system, air conditioning, and the six-speed transaxle, perfect for freeway cruising. 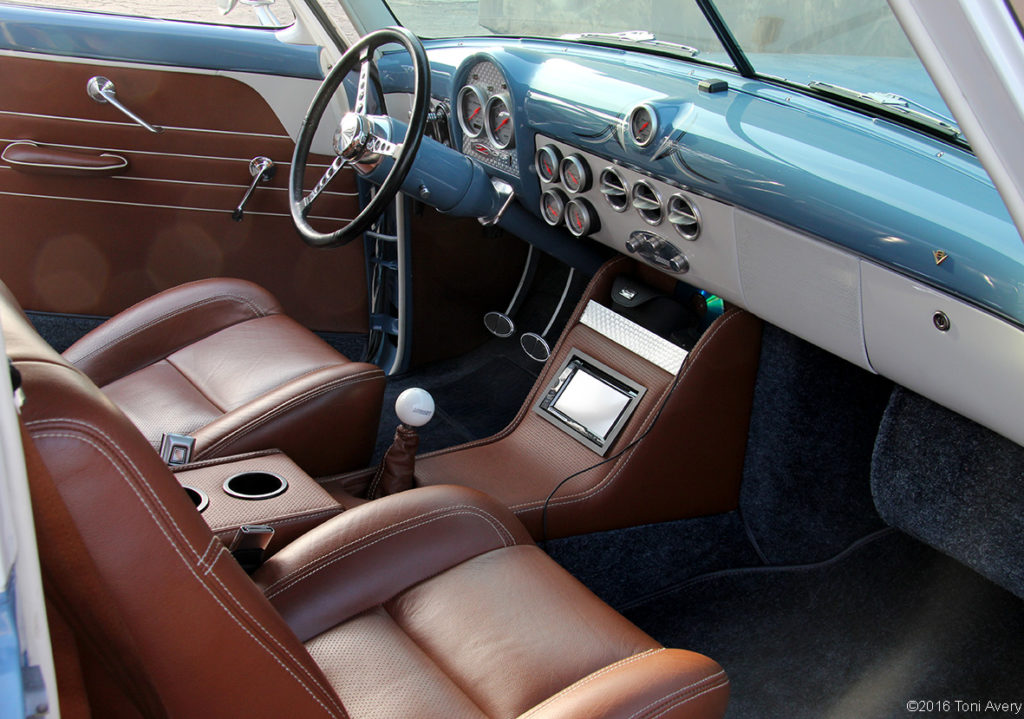 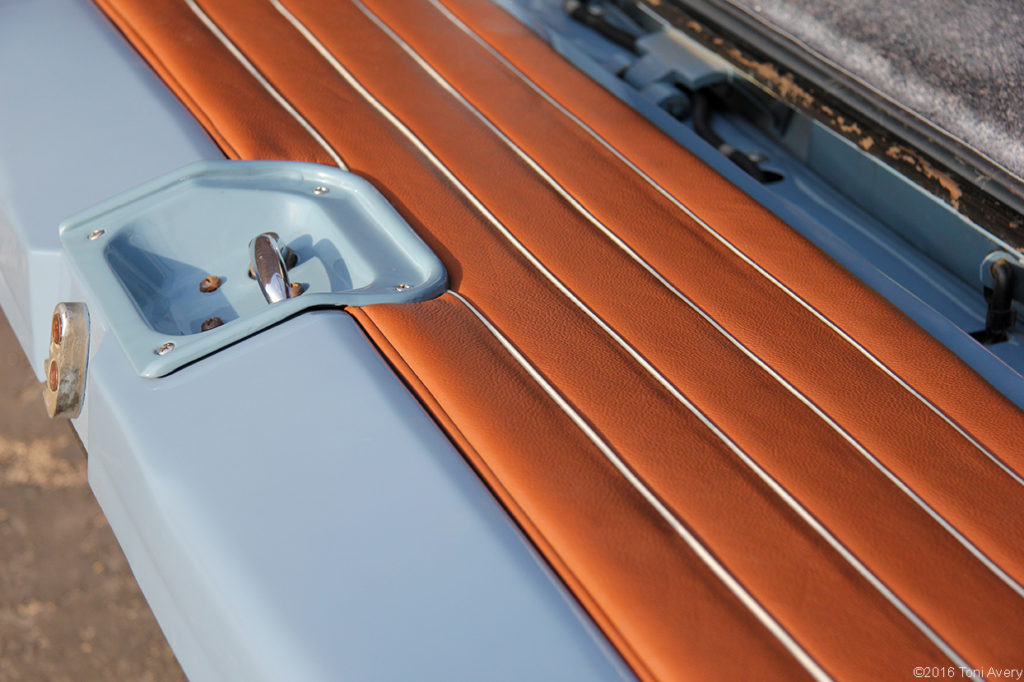 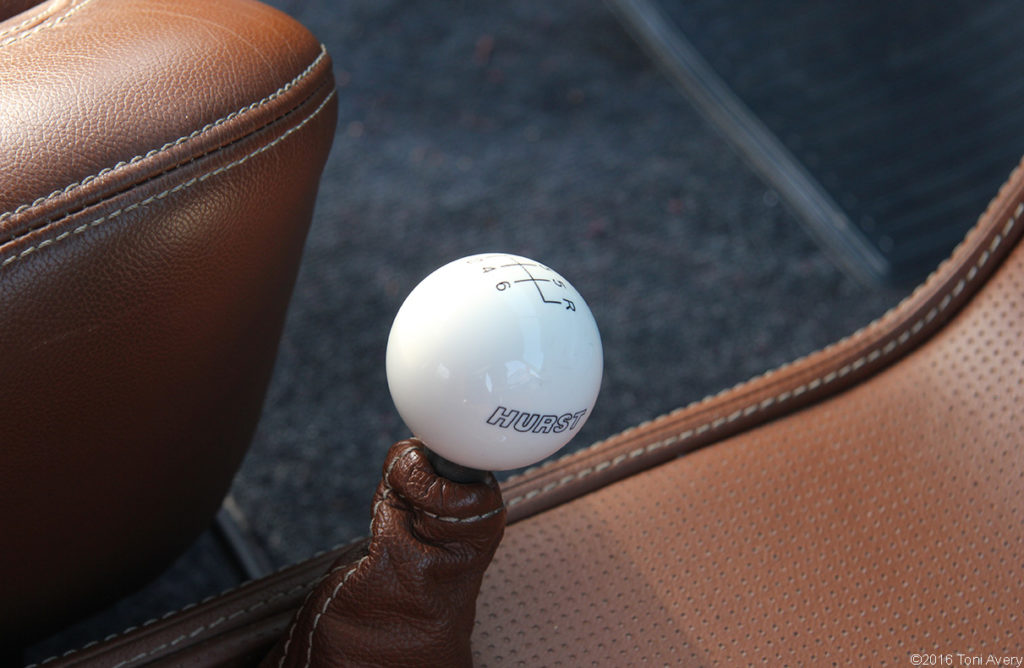 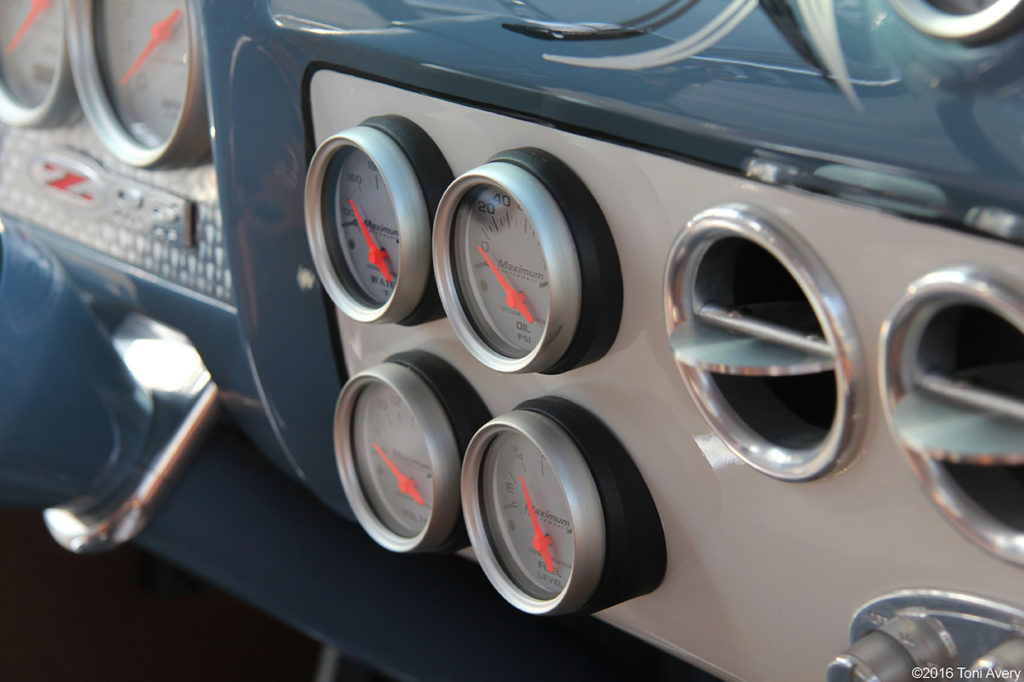 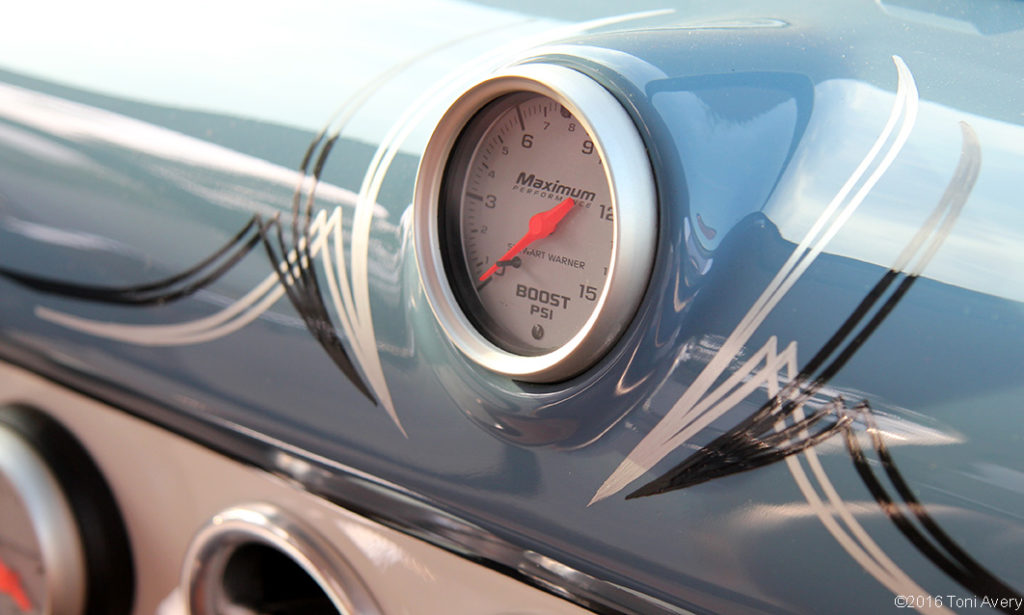 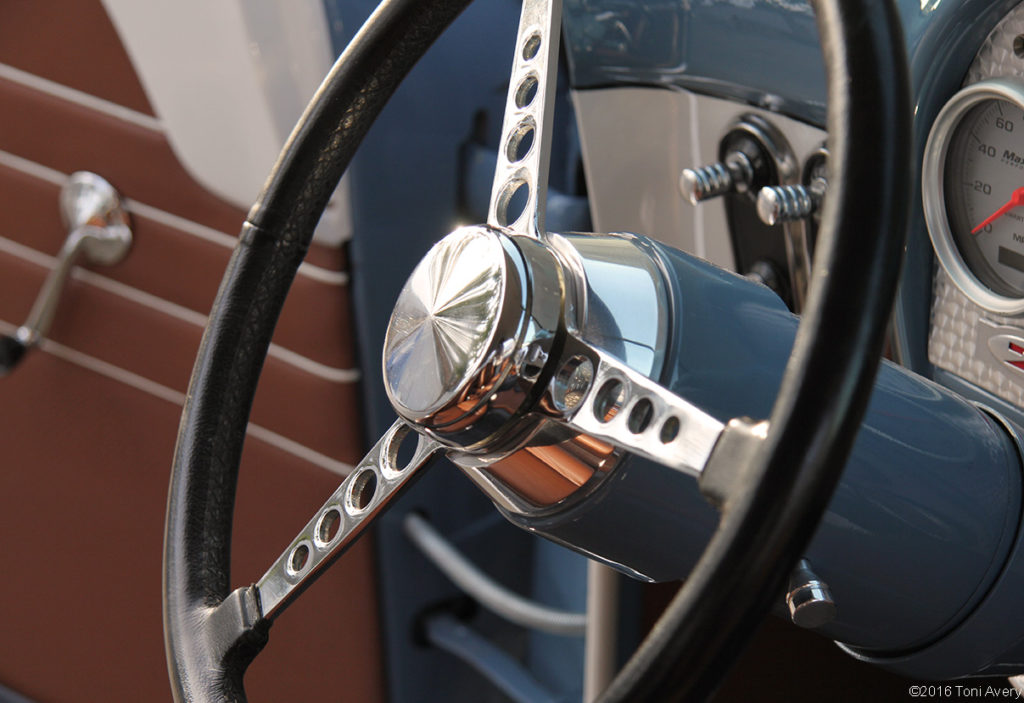 You might be wondering if you read the title and the horsepower numbers right. Yes, this thing is a way cool 1950s Ford wagon widened (by 4 inches!), and lengthened (11.5 inches) to fit over a 2002 Corvette Z-06 chassis. Just sit with that for a minute…

Ok, now stop drooling. The good stuff doesn’t stop there. Not only is this pretty blue and white wagon sitting on a Z-06 chassis, it’s also being powered by a 2002 L.S6 motor with a Magnuson Supercharger! Mind blown. 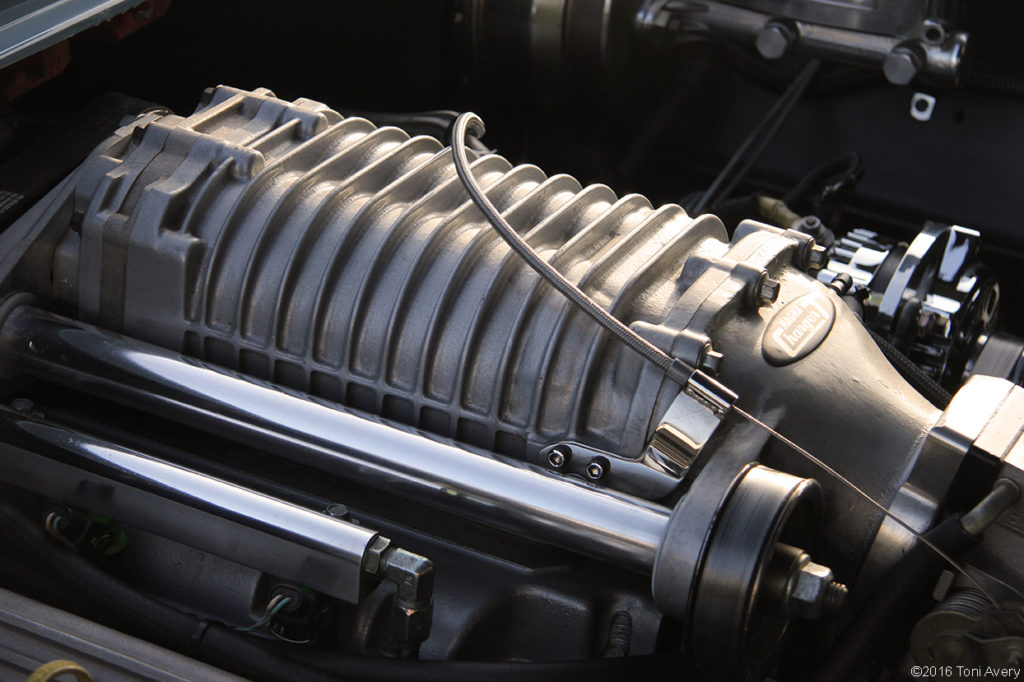 All of this beauty and speed didn’t come easy, though. The wagon was originally brought to Mr. Martin by a customer with a big vision. The recession hit and that customer was out. Thus, the wagon sat in Mr. Martin’s shop for a good while. He kept the Z-06 modifications the customer originally wanted but made them to his exact specifications and desires. While it was a painful and long process the outcome couldn’t have been anymore incredible. Every inch of this wagon has been overhauled from the fully customized interior (Gold Coast Upholstery) to the hand-built exterior and beyond impressive motor.

This one-of-one Z-06 powered Ford wagon is even better looking in person than in the photos you see here. While Mr. Martin doesn’t have any plans to sell the beast, I’m sure it could fetch a pretty penny if the right buyer came along that appreciates all the custom craftsmanship and love that went into it.