Photography by: @Jessica Lynn Walker unless other credited to @2015 Toni Avery

Tucked away up a winding drive, the Ritz-Carlton in Rancho Mirage, CA offered a picturesque setting for an incredible lineup of Lexus vehicles. Day one of the two-day program offered time for street drives in and around the Palm Springs area.

First up was the new GS F. This is the newly added brother to the RC F I recently tested. The winding mountain road was a great introduction to the performance attributes of this four-door performance car. Just like the RC F, the GS F comes standard with a 5.0 L V8 the produces 467 HP and 389 lb-ft of torque @ 4,800 mated to an eight-speed automatic transmission sprinting from 0-60 in just 4.5 seconds (4.4 for the RC F). While it tips the scales at a hefty 4,034 lb., it doesn’t perform like a heavy car (the RC F weighs in at 3,958 lb).

It’s also got that deep and throaty exhaust note heard with the RC F while it isn’t quite as loud. The GS F also differentiates itself from the RC F with blacked out tail lights, four-doors and an all-around less aggressive design while keeping with the signature F spindle grille. 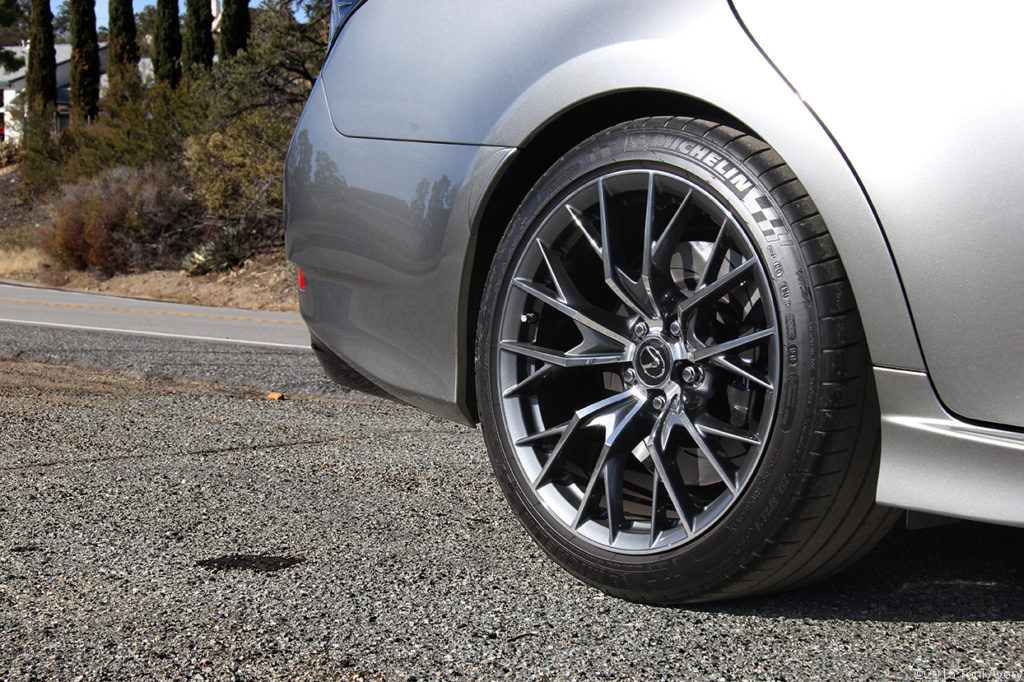 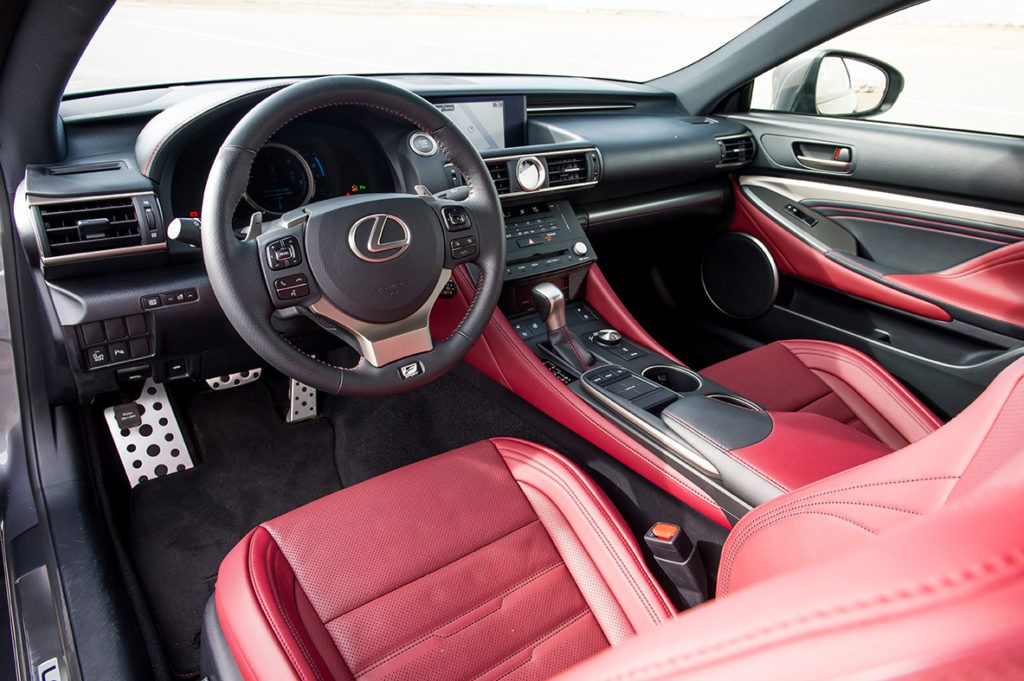 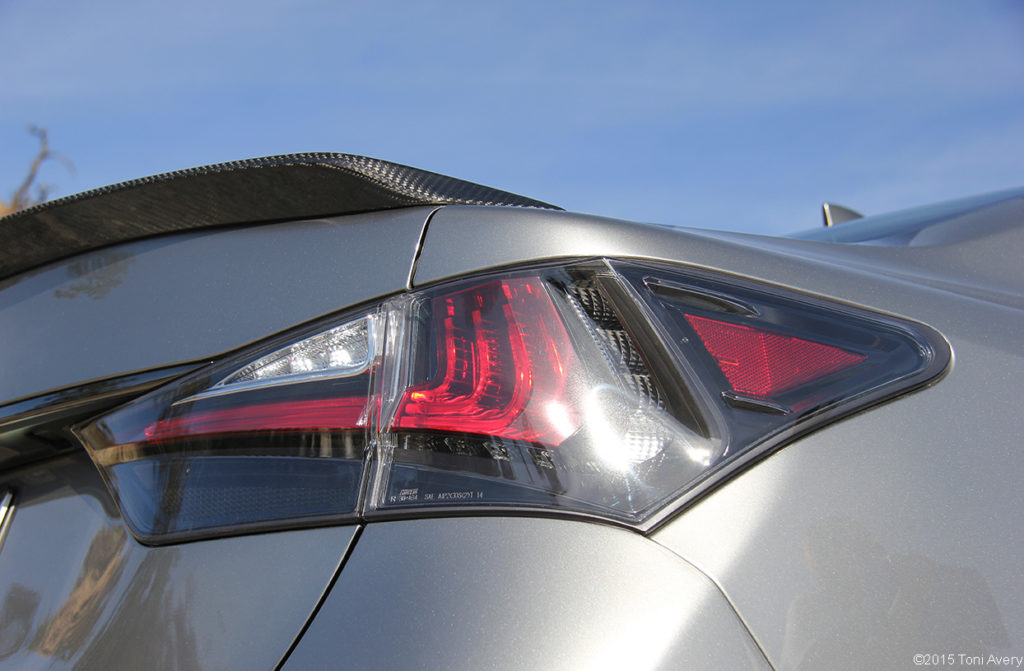 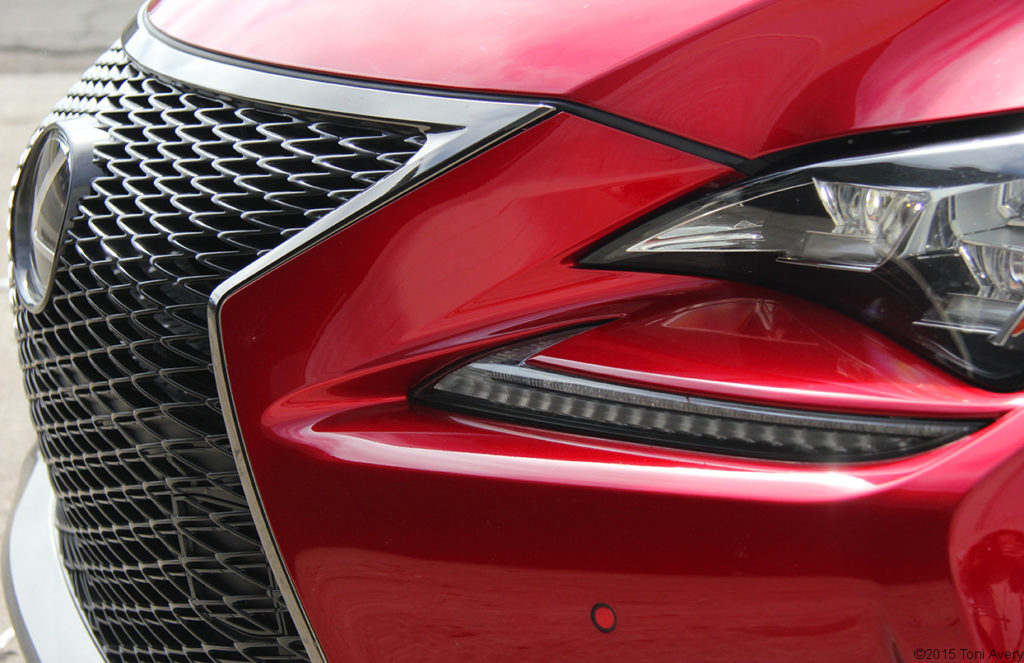 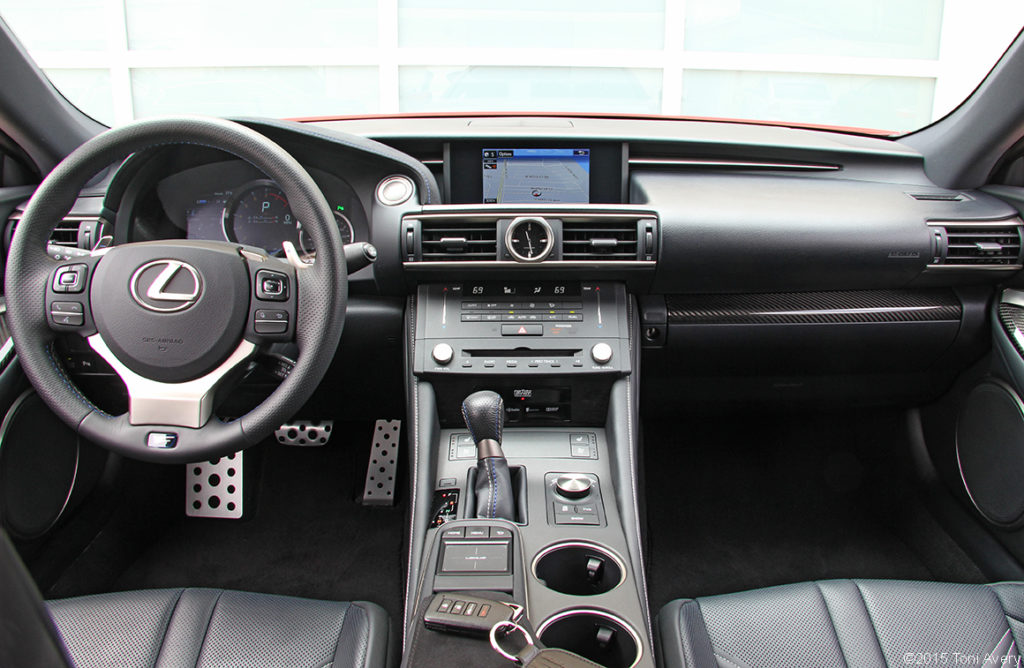 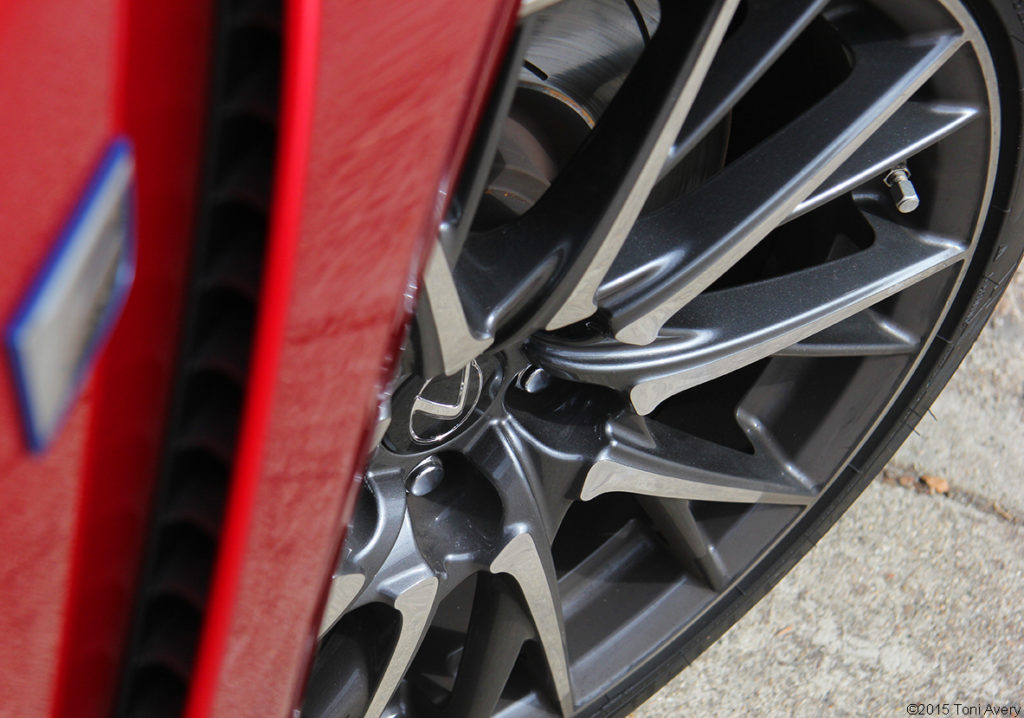 Later in the day, we attended a brief presentation on the Lexus brand and the importance of women in the automotive purchasing decision. To break up the presentation we were urged to take a look at the future of Lexus Saleswomen Fashions. Looks ranged from formal business wear to a more casual look. After giving our opinions we finished up the presentation and headed to a wonderful dinner at the Ritz-Carlton steakhouse. 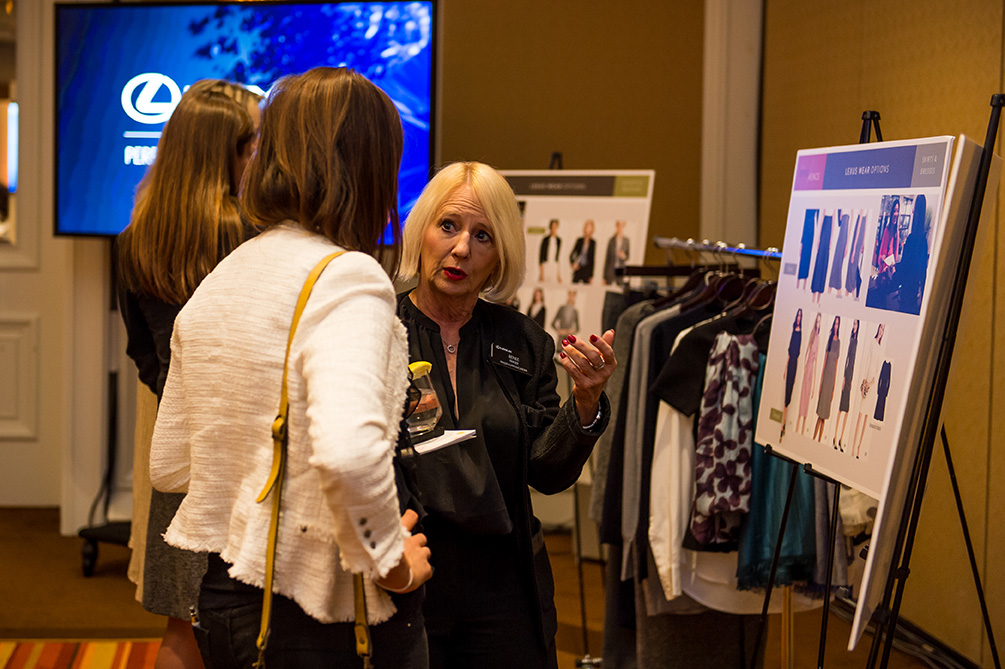 Day two began with a delicious breakfast before we headed out to Chuckwalla Valley Raceway. With the track about sixty miles away from the hotel, we had even more street/highway driving time to explore additional products in the Lexus lineup. For this drive I chose the RC 350 F Sport.

Arriving at the track, we were greeted by friendly instructors and a warm hospitality tent. Anxious to get on track, we first started with a drivers meeting going over rules of the road and basic do’s and don’ts.

Finally getting our first taste of the track after a slow demonstration lap, we got behind the wheel and went for a short lead and follow session. I was surprised at how easy the track was to learn. It’s not a high-speed track but it does have some pretty straightforward turns. With only the top performance offerings from Lexus to choose from I started out in the GS F.

The GS F was incredibly fun on track. It felt more planted than the RC F with very little noticeable body lean. Putting it in Sport + mode, I kept the car in automatic mode allowing it to shift for me through each turn. Before entering a turn I would apply whatever amount of brake pressure was necessary and the blip downshift sounded as natural as if it were a manual transmission. 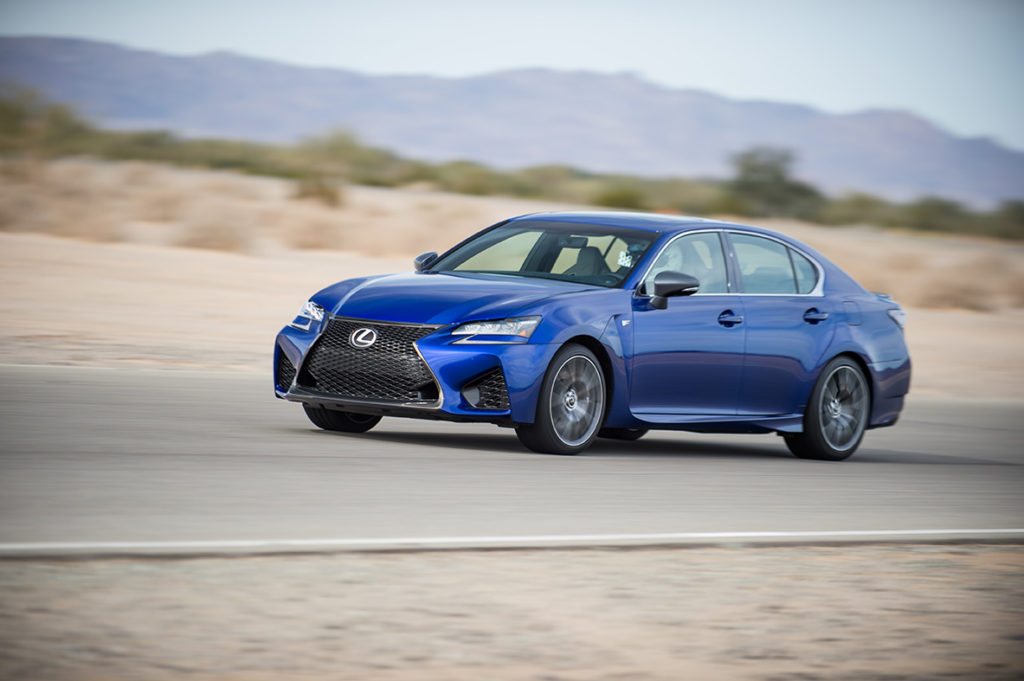 While I enjoyed exploring the limits of the GS F, there was a winner in my mind by the smallest of margins. The RC F, although not significantly lighter than the GS F, felt more nimble and track focused than the GS F. The sound emanating from the exhaust, while identical, is louder and offers an even greater performance edge. While these two cars share the same heart and same F performance badge, the prize is given to the RC F. Having driven it on the street is was a treat to be able to push it in a safe and fast environment. The RC F almost insists that you take it to the limit and you never argue once behind the wheel. The GS F is a plenty capable car but offers more than just heart pounding exhilaration. 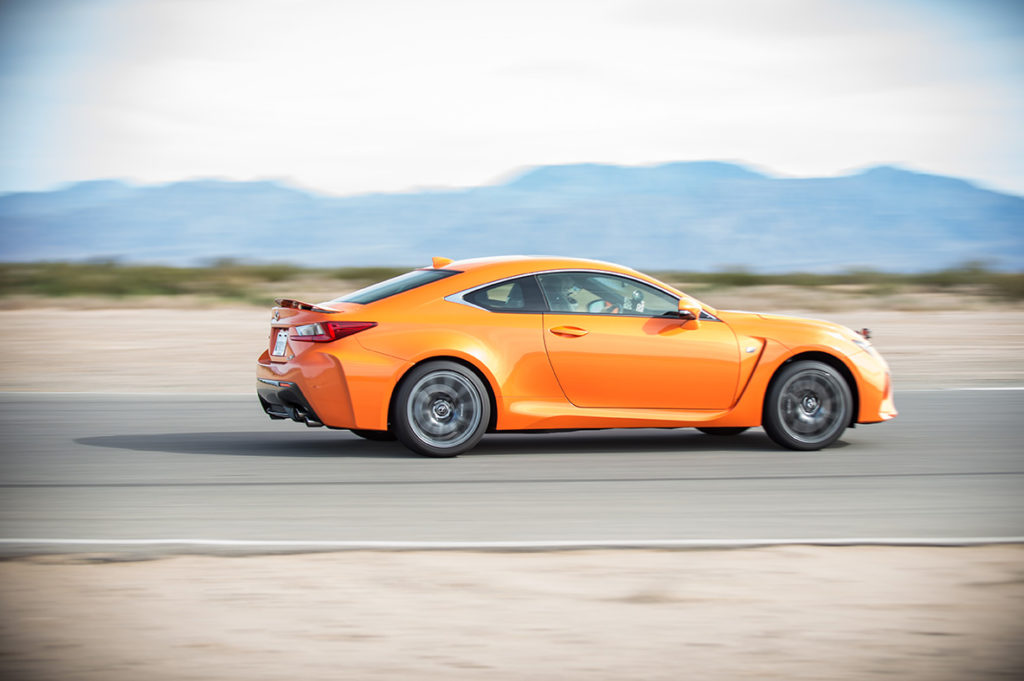 The end of our track activities were topped off with a ride in the GS F by a professional female instructor. It’s a good thing that we got hot laps after we drove all day because it sure made me feel slow! I was blown away with the amount of speed and finesse the instructor had at such high speeds.

The day ended with another excellent dinner in downtown Palm Springs. Something missing from this event that you might expect with most others was a competitive and domineering demeanor that can sometimes come with seasoned male journalists. That’s not to say that women can’t be that way too, but this group encouraged each other and genuinely wanted to enjoy themselves. 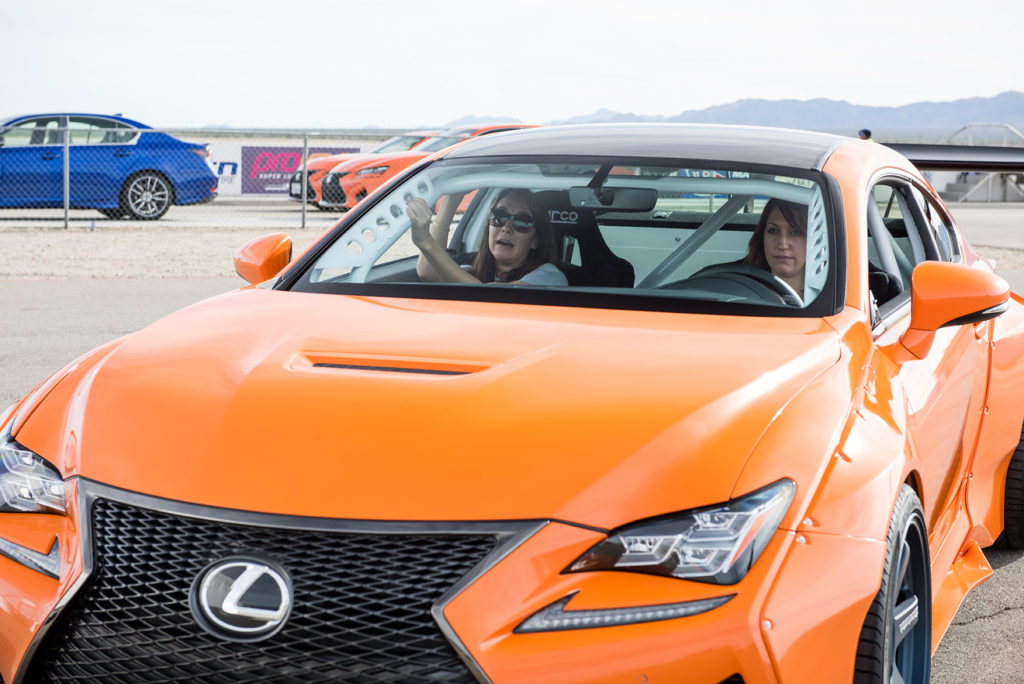 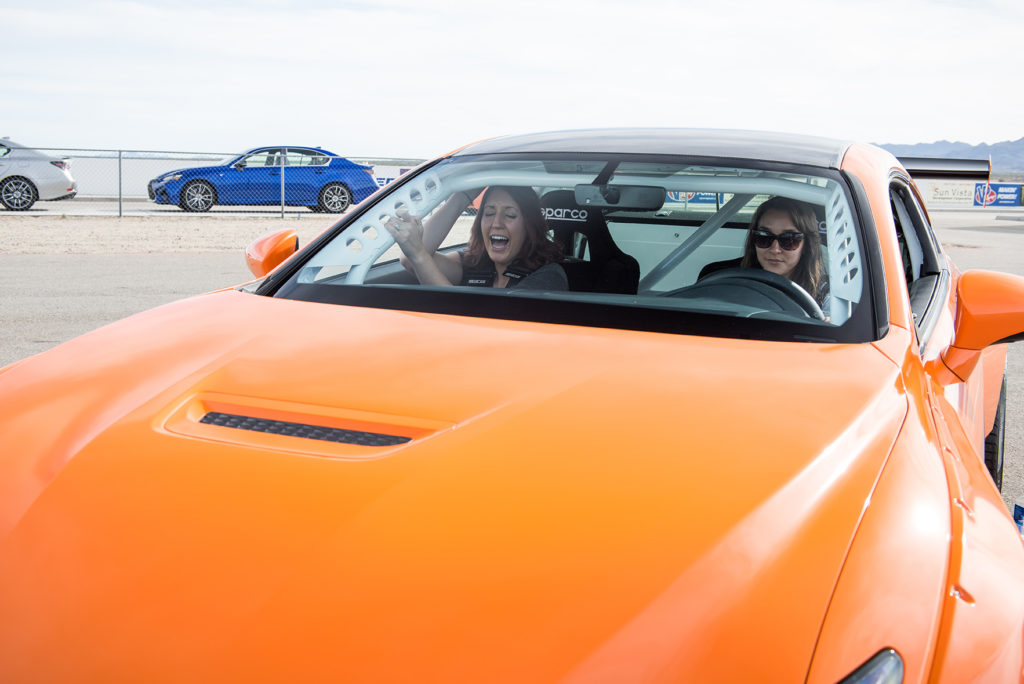