You’ve met someone like this. Someone who seems totally normal and a little adventurous. You go out a few times and you think, “this could be the one.” Then out of nowhere, no more than five dates in, they go crazy, turning into this insane hot mess. But you like it and for some reason you want more.

That’s what the 2015 Jaguar F-Type Coupe R is like. A totally luxurious sports car with a tame purr and a sexy body. As time goes on, Dynamic Mode calls your name begging you to flip the switch. And when you do, it’s goodbye Dr. Jekyll and hello Mr. Hyde. But in the best way possible, of course. 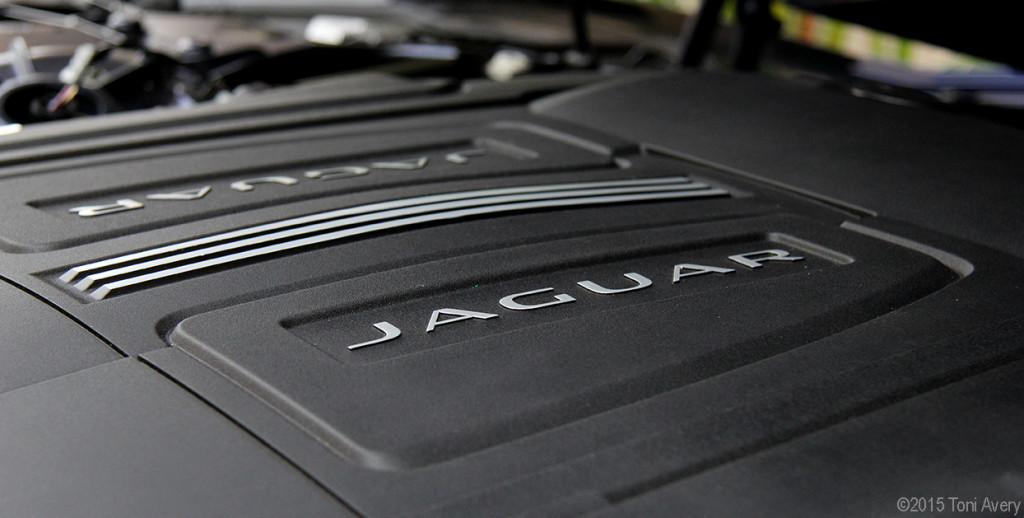 Leaving the car in standard drive mode, it finds the perfect balance between luxury heavyweight and nimble sports car. The F-Type won’t ever make the flyweight category, but it does make for a comfortable sports luxury-car experience. Driving through town, the car commands attention with its planted, curvaceous exterior. Drive through your nearest canyon and you’ll forget how awful your day was or to look down at the tach.

Dynamic Mode opens up the exhaust and turns on the fun. Flip the switch and it’s as if the car’s suddenly been possessed by the fastest, most awesome sounding demon. Once I turned it on I didn’t want to turn it off. The exhaust sound is to die for and the quick throttle response sends you screaming back in your seat. 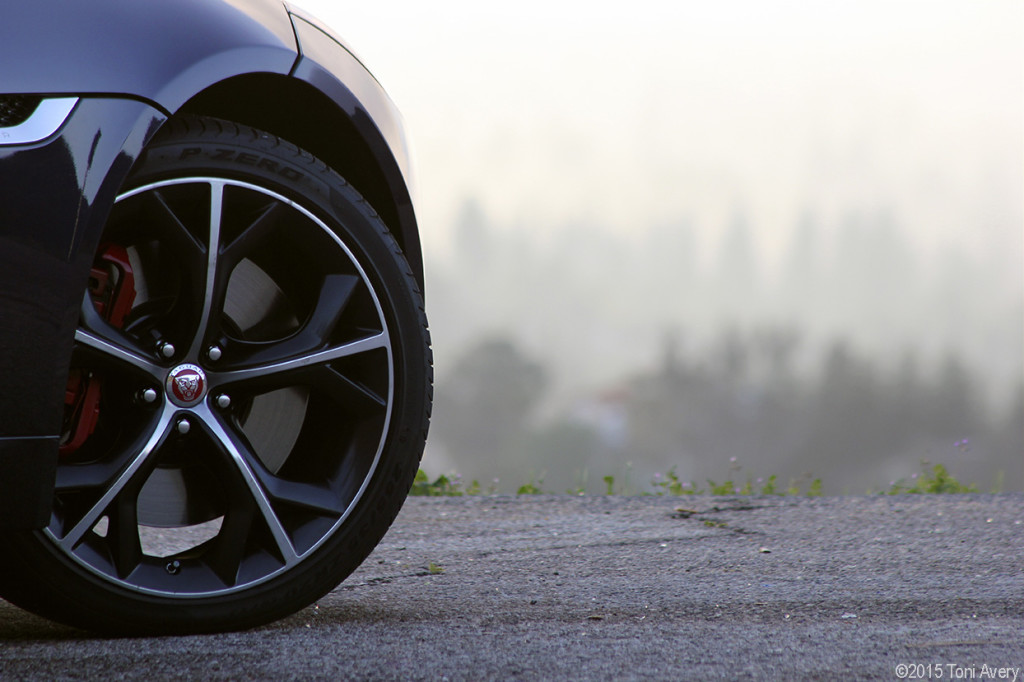 Even without the optional carbon ceramic brakes, the Super Performance Braking System does the job, slowing the 550 HP beast in ample time.

If you’ve got the cash, $103,225 to be exact, this would make one mean weekend warrior and track star, with the comfort of heated seats after a long day finding the cars limits.

Winter mode comes in handy on those rare Southern California rainy days helping to modify gear changes and throttle response to improve traction in slippery conditions. While it also works in snowy conditions, the new 2016 AWD models should further improve driving dynamics for those in cold climates. 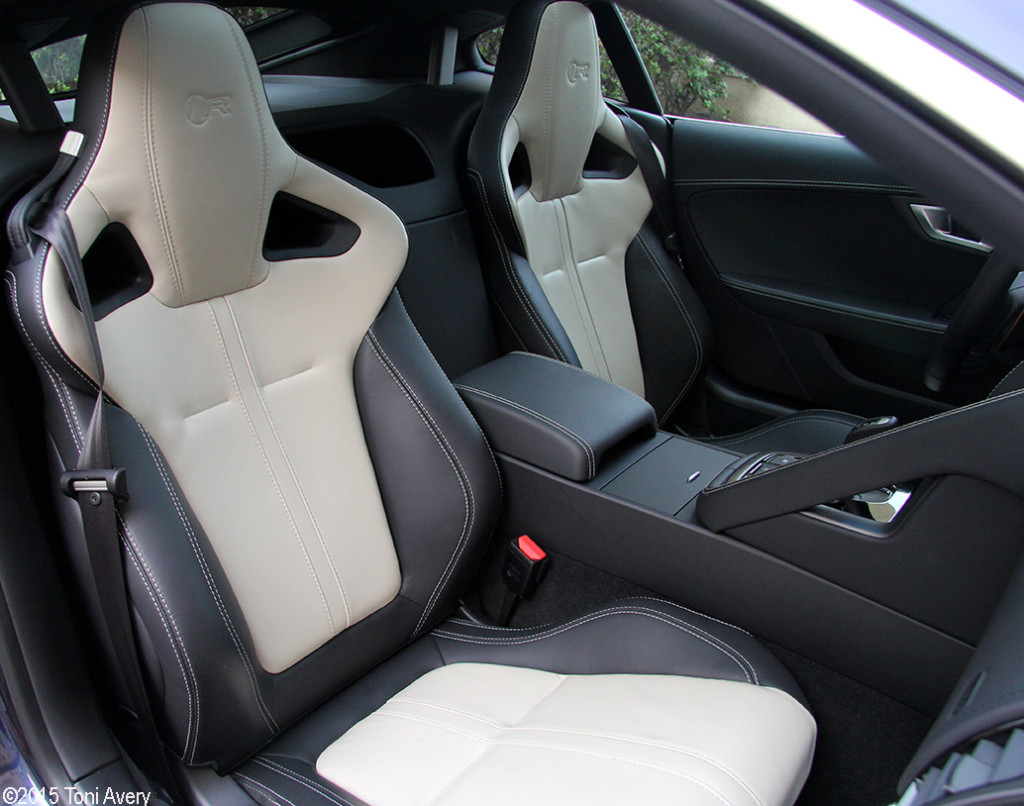 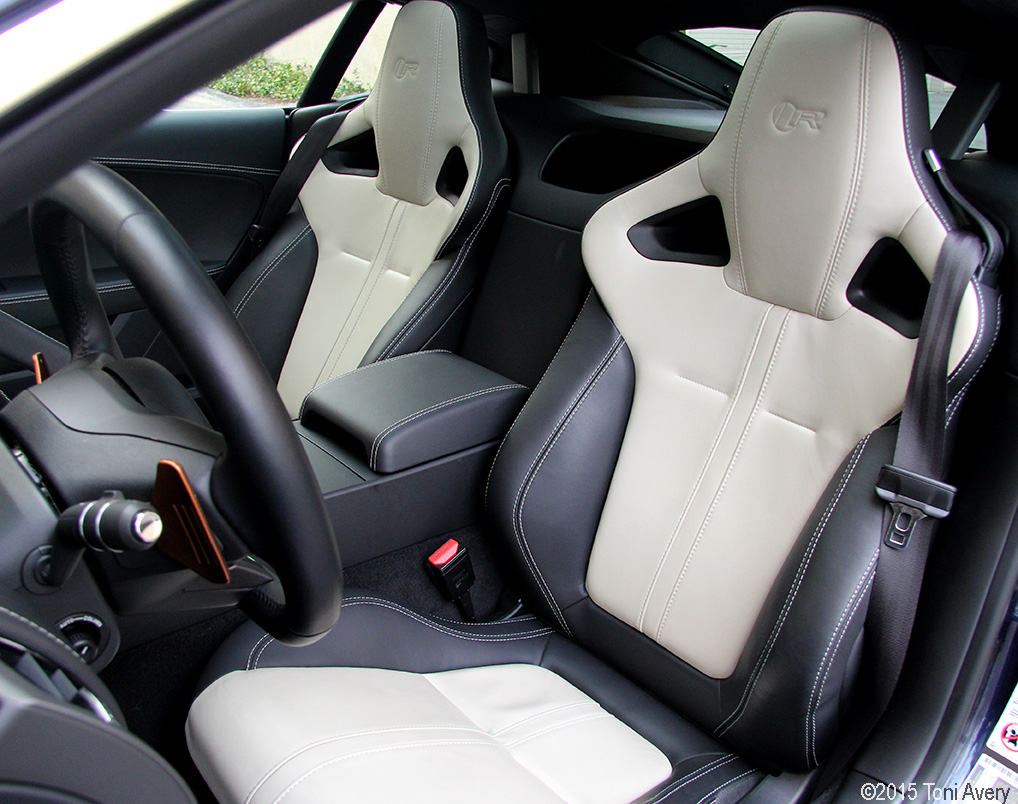 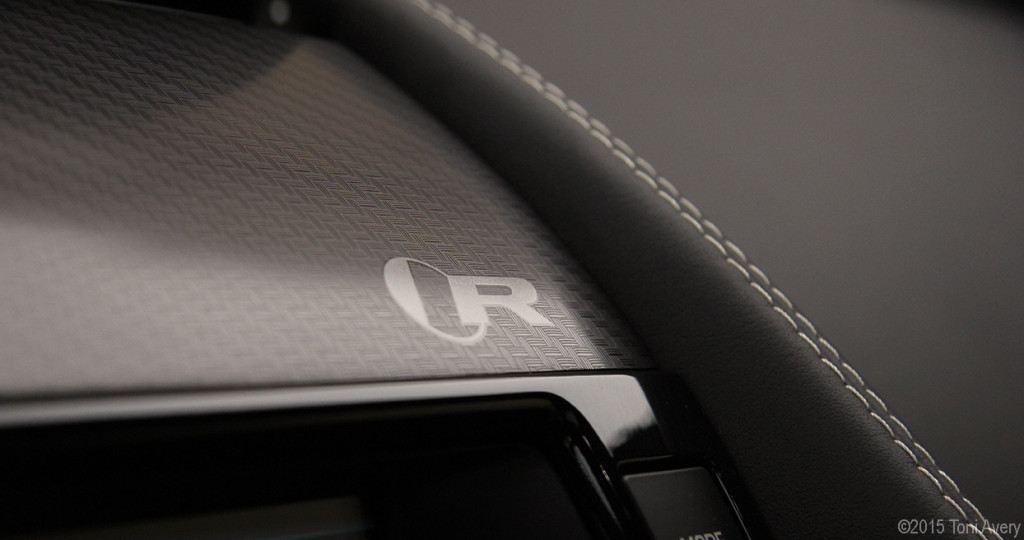 The interior is filled to the brim with buttons and dials, leather and metal accents showing it’s true luxury colors with a hint of sporty flare. The center cluster, housing the navigation system and other pertinent controls (including the gear shift lever), does tend to overwhelm from first glance but after spending a few minutes becoming familiar with each button and dial, it becomes second nature.

The R leather seats have so many adjustments it can take up to a full day to find your optimal comfort. While I love the side bolster inflation adjustment, the seats weren’t as comfortable as I expected. There was plenty of back support but the bottom of the seat felt a little lacking in padding. 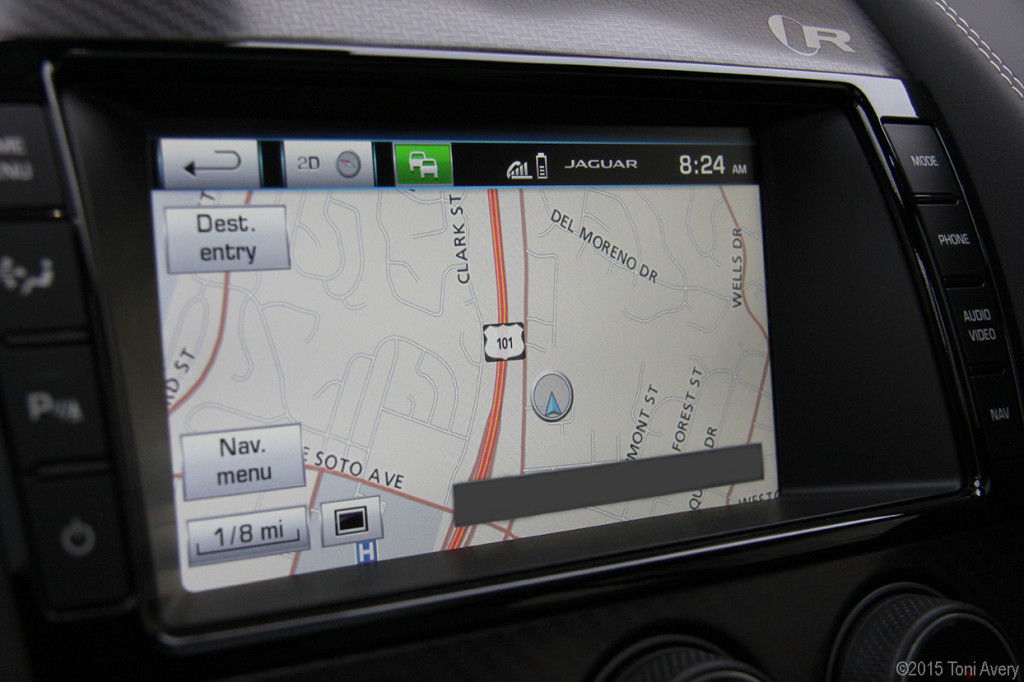 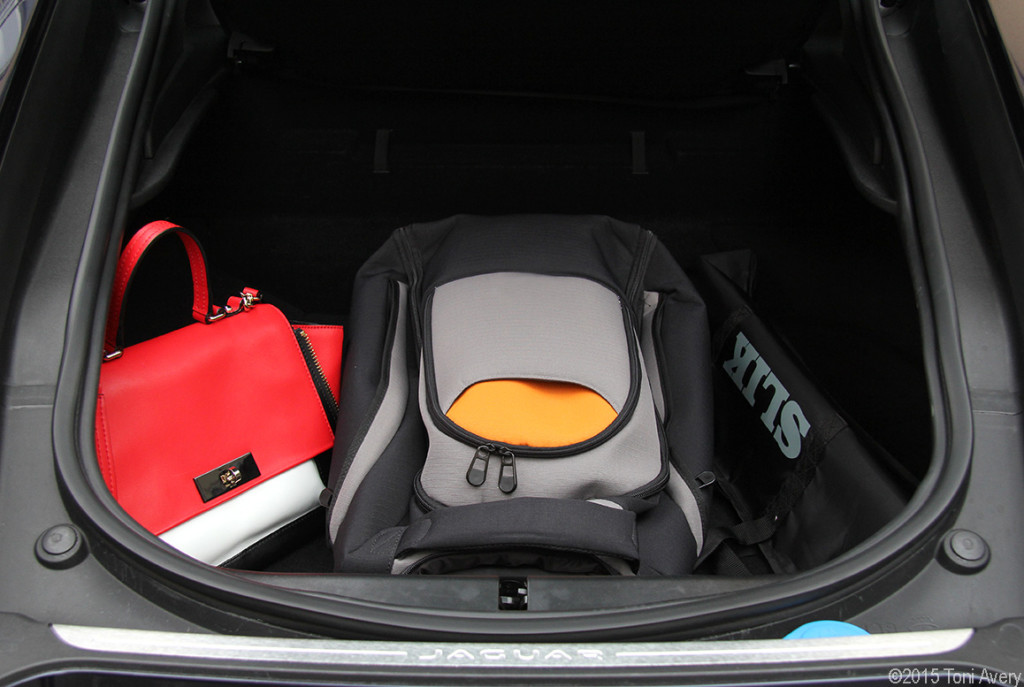 One button I left on the entire time was the Active Exhaust System. While the car sounds great without it, the system further opens up the exhaust allowing for a racecar-esc sound with loud crackles and pops and growling ferociousness through all eight gears.

As good as the Meridian sound system was, I found myself turning it off more than leaving it on just to hear the intoxicating exhaust notes.

Overall, the interior provides the driver, and optional passenger, a comfortable and luxurious experience with one of the most wonderful sound tracks of any car on the road today. 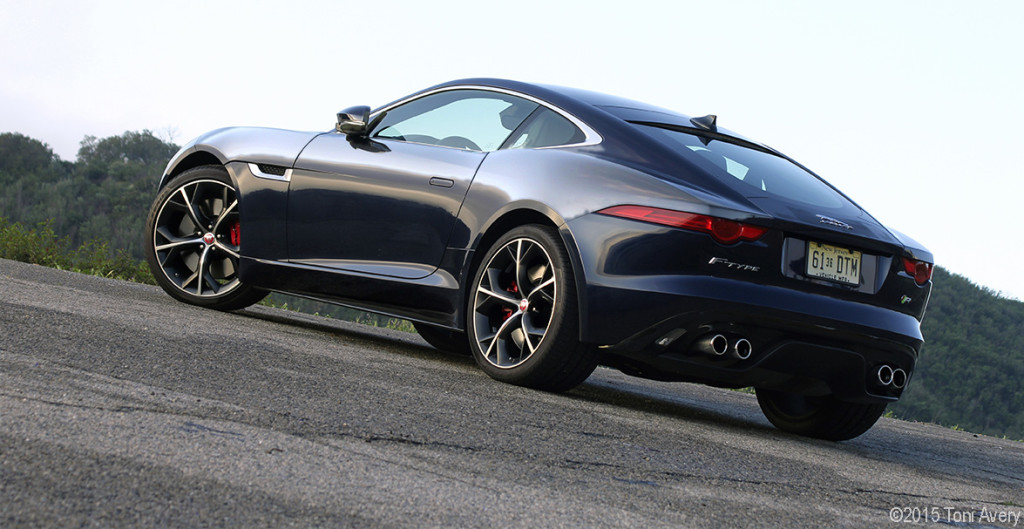 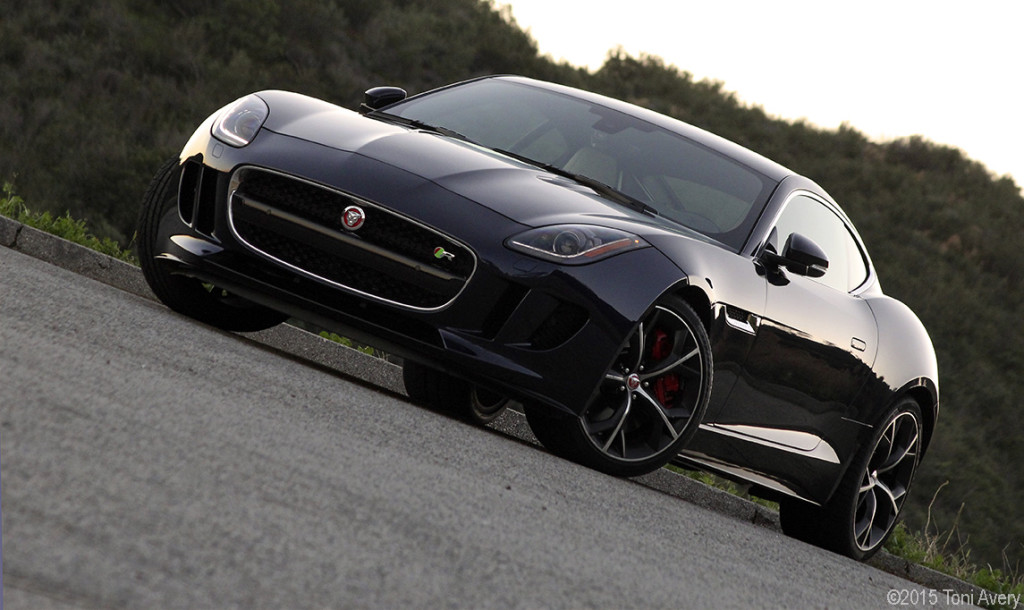 The F-Type Coupe may look awfully familiar to you, and that’s a good thing. Let’s take a moment back in time to where it all began…

The E-Type continued its production until 1974 with engine variations of 3.8 Straight Six’s to 4.2 Straight Six’s to the final iteration V12. One thing still remained over the years and that was the cars stunning and curvaceous figure. 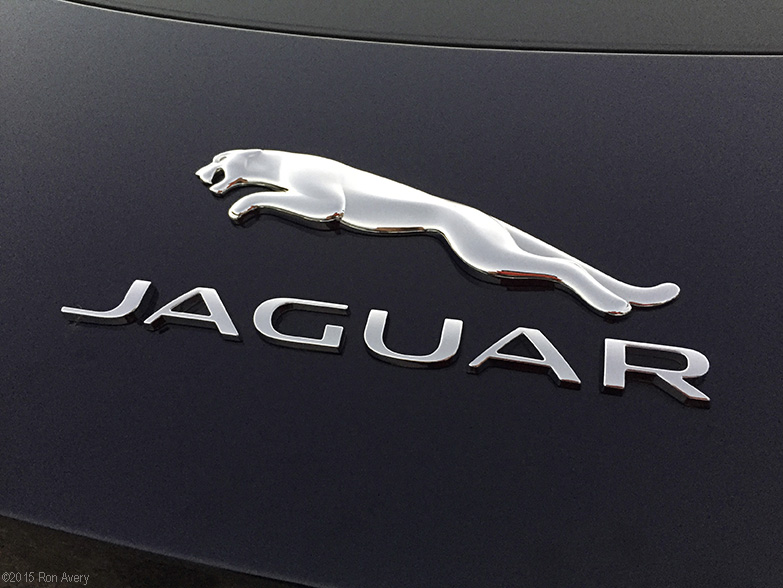 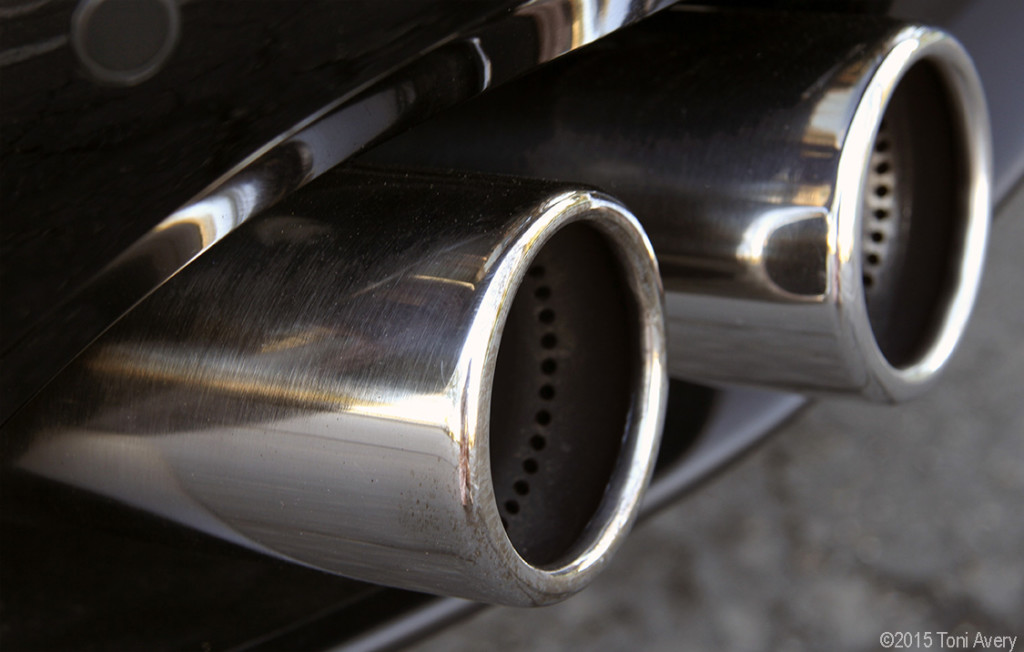 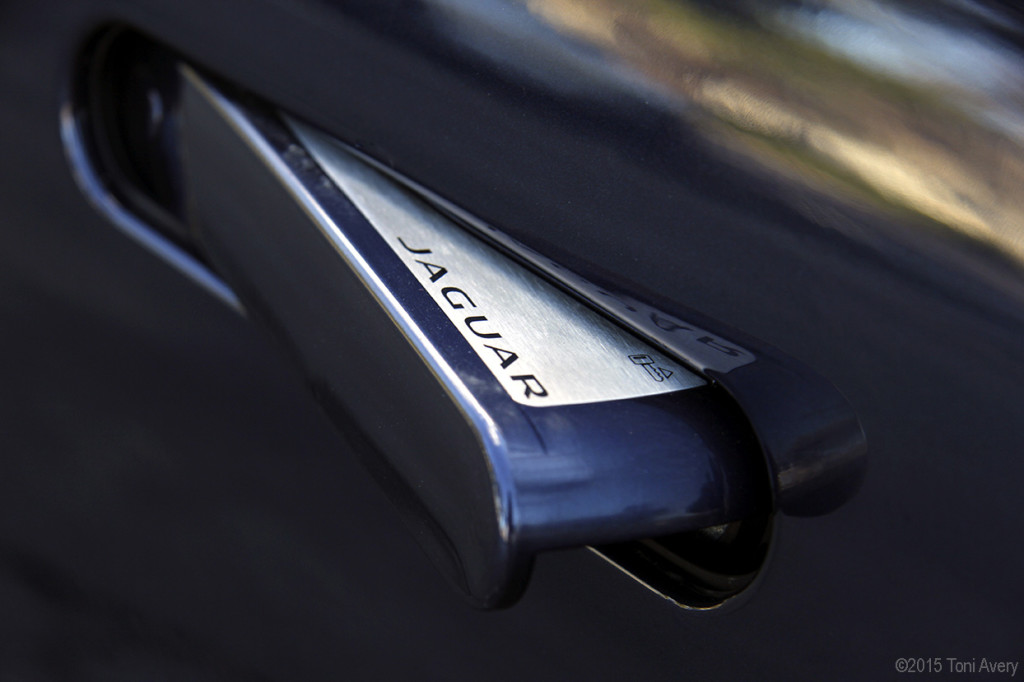 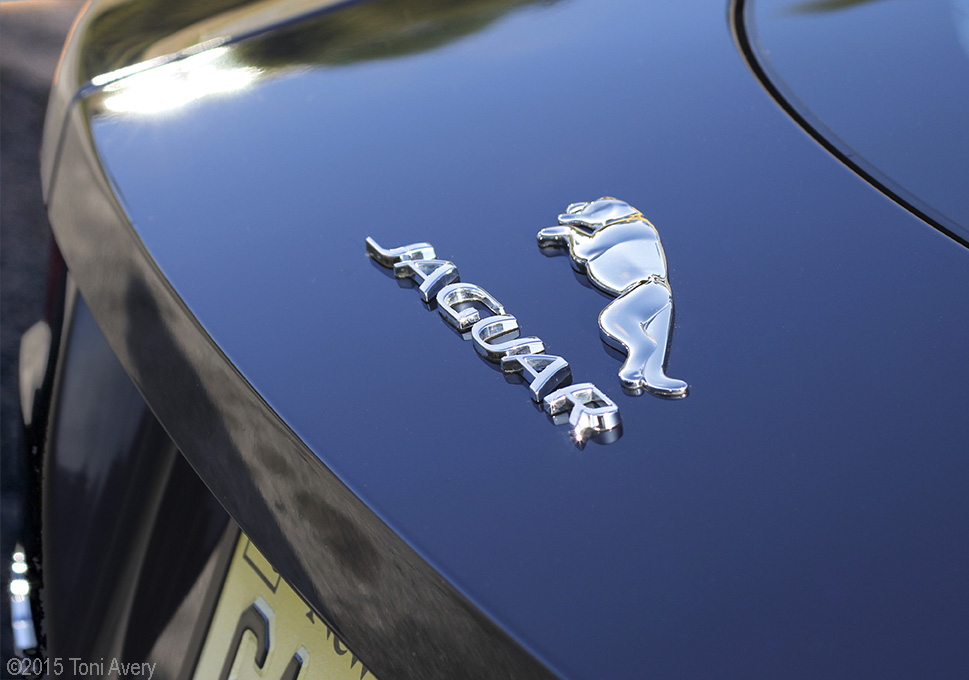 Design cues are present on both cars such as the curved rear fenders, sculpted tail lights, bonnet bulge and even the side windows.

With such large shoes to fill, the F-Type does a good job of filling them without dramatically changing them. It’s exterior is one of the most stunning on the road today. The rear end is without a doubt the most appealing angle and with 0-60 MPH in 3.9 seconds, that’s probably all you’ll see.

There are those of us out there, myself included, that much prefer the feel and connectivity of a manual transmission in a sports car. But don’t start doubting the F-Type yet. Shifts are insanely quick and precise and using the paddles brings the Formula 1 experience to the everyday driver. This transmission suits the R perfectly and makes it a top choice for a weekend track day car.

With the implementation of a manual transmission in the 2016 V6 and V6S models, there will surely be those that will be willing to lose some HP in order to gain the ability to row your own gears. 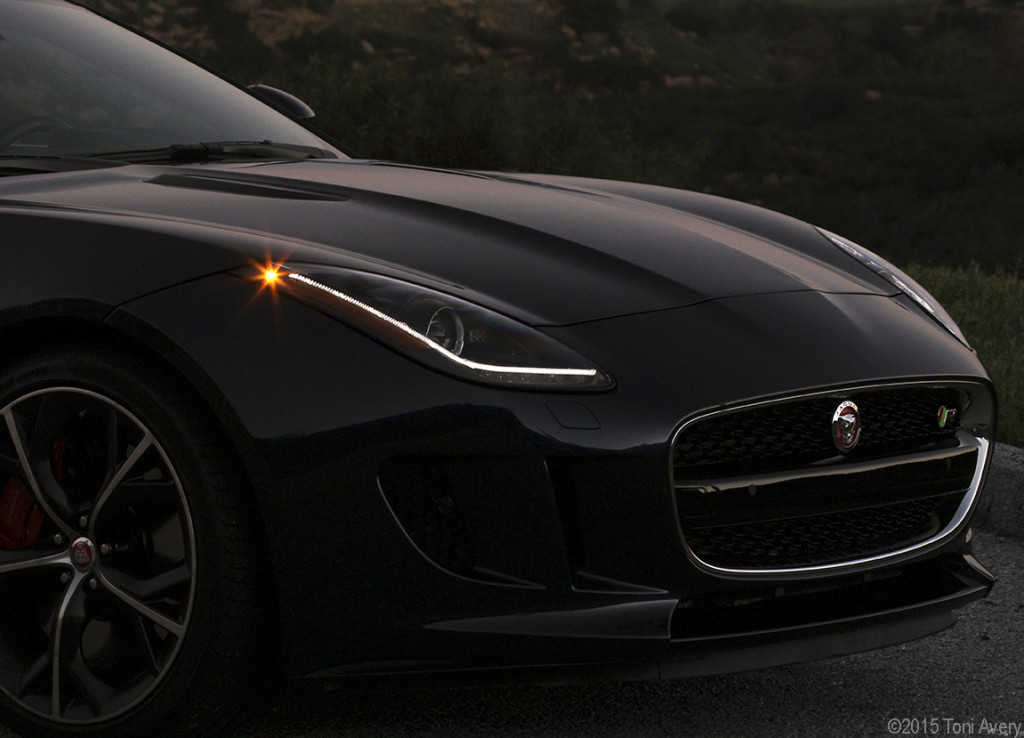 The 2015 F-Type Coupe R is one hell of a car with so much horsepower you’ll need an empty airport runway just to stretch it’s legs. With just enough luggage space to go away for the weekend, throw a suit and helmet in, or a bunch of groceries, it’s the ultimate everything car.

GirlsDriveFastToo gives the 2015 Jaguar F-Type Coupe R an overall rating of (out of 5 total): 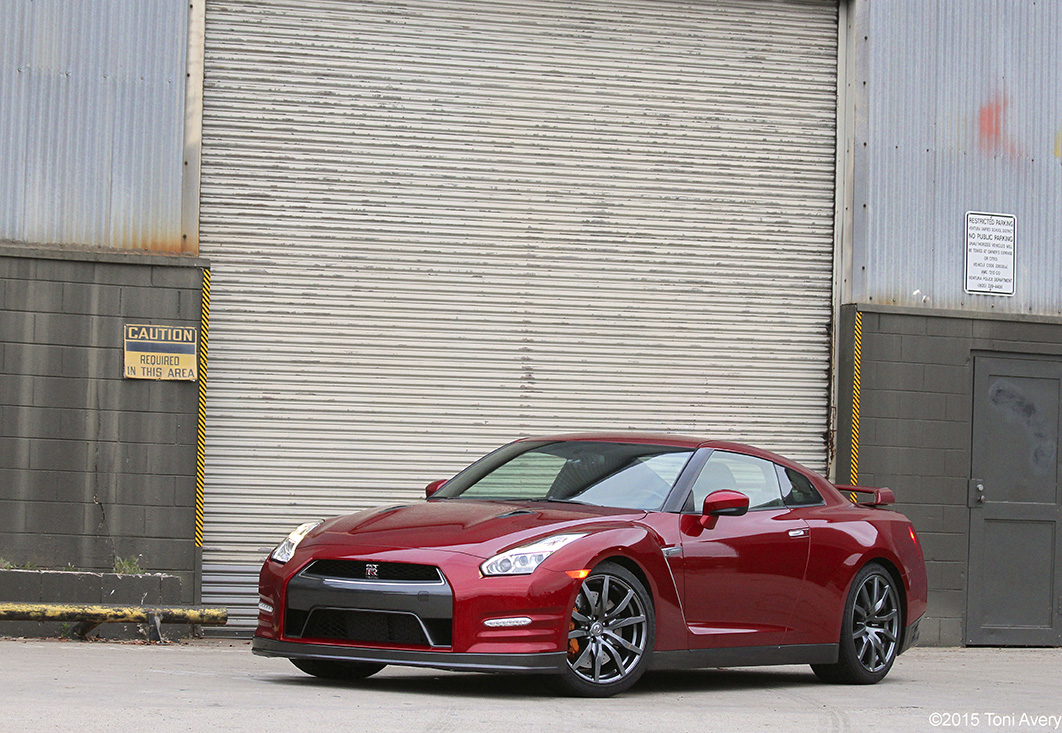